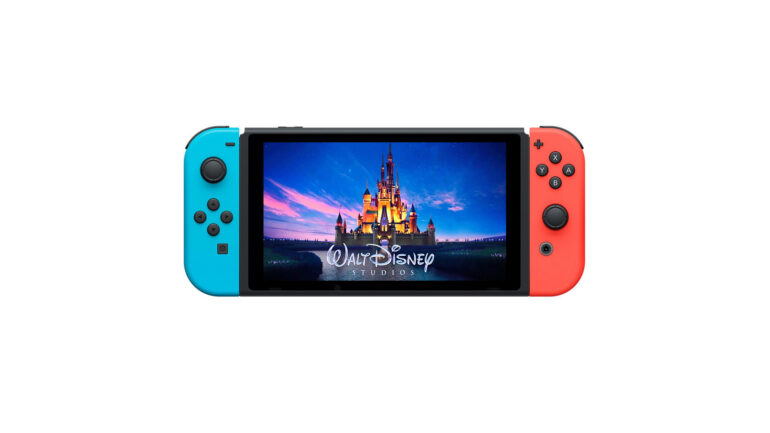 The Laziness Of Remakes: Nintendo And The Disney Problem

I’ve spoken previously about my disdain for Nintendo and their laziness. At the time, I cited one reason for their inability to produce new content as a sign of their age. I posited that perhaps Nintendo has, for a brief period, sheltered in the dank pit of ports and remasters as a form of hibernation, a respite from their tireless work on innovating the game’s industry. But over the ensuing weeks post my article, I’ve pondered whether perhaps my first inclination was misguided.

Nintendo is beginning to suffer from the Disney Problem, a poisonous trait that has rapidly affected the narcissistic vapid blister that is Hollywood. I had hoped that Nintendo would render my article outdated and release a title that reinvigorates the gaming community and proves they still retain a sense of their innovation. Alas, the recent Pokémon Presents proved, without a shadow of a doubt, that Nintendo has fallen to Disney Problem, and has gone so far down the rabbit hole, that even Alice herself would shudder.

For some, the Disney Problem may be self-explanatory, but for those who are confused, allow me to elaborate. The Disney Problem is, in essence, the trend of remaking an old property into a new one. For Disney, it has become an egregious failing on their behalf, a complete and utter lack of understanding of what made the original properties so good in the first place. Take, for example, a heavily documented comparison between The Lion King 1994 and The Lion King 2019. The former is an animated film that relies on animated characters’ emotive expressions, while the latter is a realistically rendered CGI film that lacks emotion and charm.

Disney’s early animation techniques helped directly influence the Japanese anime we all know and love, especially their use of large, bold eyes to express impossible emotion in creatures that hardly emote. Unfortunately, while their use of realistic CGI to recreate animals in a digital space is impressive and has the potential to pioneer the animation genre in a new direction, it fails to capture the same magic that the original is so well known for.

The Disney Problem very much extends to other forms of media and may have very well had its origins in one of them. Nintendo is very much suffering from the same failings as Disney. In the most recent Nintendo Direct, it announced a remaster of 2011’s The Legend of Zelda: Skyward Sword as well as a port of Miitopia. Months prior, Nintendo announced the porting of the original Fire Emblem title Fire Emblem: Shadow Dragon and the Blade of Light and a collection of classic Mario titles named Super Mario 3D All-Stars. At the Pokémon Presents 2021, they released more details for the Pokémon Snap remake and announced remakes of Pokémon Diamond and Pearl. Even their newest title, Pokémon Legends: Arceus, uses the same Pokémon and setting as the Diamond and Pearl games, as well as games prior to those.

Zelda And The Plumber’s Trilogy

For reference, I have compiled a list of all the sequels, remakes and ports that Nintendo or their partner studios have made for the Nintendo Switch the past few years:

I know this problem will likely never change. If Nintendo’s recent directs are anything to go by, this business strategy is bound to continue into the foreseeable future. Unfortunately, I can’t blame them. It works. As of December 31, 2020, Mario Kart 8 Deluxe had sold 33.41 million copies; Animal Crossing: New Horizons sold 30 million copies in just nine months; Super Mario 3D All-Stars sold 8.32 million copies in 2020.

This strategy of porting, remastering or vaguely slapping together a sequel is working in Nintendo’s favour. Taking risks on new IPs or projects that aren’t just a showcase for their new technology now seems highly unlikely. I understand I have to accept that Nintendo will keep porting games, remastering them or remaking them. And it would be so easy, too, if Nintendo put any effort into them whatsoever.

The thing is, they don’t. Take the recent Pokémon Brilliant Diamond and Shining Pearl. Why do they look so bad? Oh, they handed it off to a “support studio” who’s known for their work on Pokémon Home and the “Domino’s pizza app featuring Hatsune Miku”. I appreciate that Game Freak is inundated with projects that fans are definitely loving, but this seems like Nintendo washing their hands of any and all responsibility tied to this dreadful looking remake.

It would appear that nothing has been done to innovate on the original experience, nor has even the perspective changed to match the recent efforts to bring Pokémon into the modern era. Instead, it appears to be a 1 for 1 remake, but with updated 3D models and textures. Remember when Gus Van Sant remade Psycho shot for shot. That went down well, didn’t it.

The Fan Made Trailer

The trailer above is a fan-made trailer. It is a re-imagining of the upcoming Diamond and Pearl remakes by millenniumloops. I’ll be honest, it looks infinitely better than the remakes we are getting. I feel like it is indicative of my Nintendo fatigue that I’m drawn more to a fan-made project than the supposed triple-A produced titles being pumped out of their partner studios.

Remaking a product or remastering it allows you the luxury of not worrying about creating a new narrative, characters or worlds. Half the time, especially in Nintendo’s case, you don’t even have to worry about voice acting or music. You mitigate a large chunk of production by taking on an easier project. So, why not spend the time you would have done thinking up new and innovative ideas on thinking up new and innovative ways of updating the game you’re remaking?

Am I asking for too much? Perhaps I am just tired of being spoon-fed the same stuff over and over again and wish for innovation. At the end of the day, it probably won’t matter all that much to most people. But for me, it’s a shame to see such a prolific and nuanced studio fall to the same fate as another once glorious titan. In 2006, during an interview with MTV, the late Nintendo President Satoru Iwata spoke about his thoughts on sequels. What he said perfectly encapsulates my thoughts and feelings on how I want to view Nintendo and why it’s such a shame they have, in my eyes, fallen.

“If all we were to ever do is just continue to make sequels and not do anything new or different, people would view us as a very conservative company and a company that is unwilling to really take new initiatives and embark on new adventures. That’s not the type of person I am and not the kind of company I want Nintendo to be.”