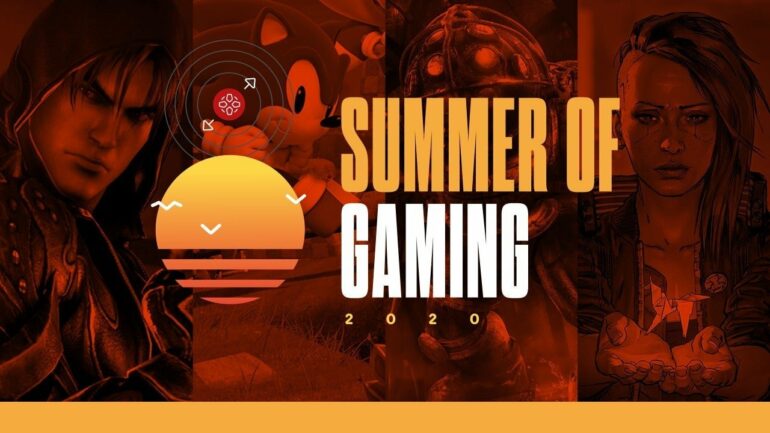 Day 1 of IGN’s Summer of gaming expo began today, with IGN revealing more than 15 different games. We will be following the coverage every day and updating you with all of the latest news.

IGN is supporting the Covid-19 response fund aimed at preventing and combating the coronavirus pandemic. IGN are also supporting The Bail Project. The Bail Project is a non profit organisation that pays people’s bails to reunite families and reignite the perception of innocence. If you are capable, help support them at donate.ign.com

Explore the vast ocean depths in Beyond Blue. A surreal single-player adventure that lets you examine and explore the mysteries of the deep blue sea. The trailer offers a small insight into the game, with the player taking photographs and scanning marine life to complete an encyclopedia (OceanX). It will be available on all platforms and is available to preorder on steam now.

Borderlands 3 is an action role-playing first-person shooter game that was released in September 2019. Bounty of Blood is a western-styled DLC update to Borderlands 3, which includes a new storyline, new vehicle, new enemies and new loot. The DLC also includes a level boost, so you can jump right into the storyline without having the play the original story.

Chivalry 2 is a first-person multiplayer slasher inspired by epic medieval movie battles. It has been confirmed that it will offer cross-play and be available on all platforms, including next-gen consoles. Currently available for alpha sign up on the Chivalry 2 website.

The spiritual successor to Slime-san, Demon Turf is a  new 3D Action Platformer where you must take on the many demon world gangs. The game is currently in Alpha.

GTFO is an early access hardcore 4 player cooperative first-person shooter focusing on team play and atmosphere.  It is known to be one of the scariest games of 2019. GTFO is available now on Steam for A$49.99.

Metal Hellslinger is Rhythm Based first-person shooting game. The score is multiplied by how well you can keep the beat while killing enemies. The game is currently in Alpha and will be available on PS4, Xbox one, windows and next-gen consoles.

Mortal Shell is a souls-like Action RPG made with tense deliberate combat and punishing enemies. The game features 4 unique shells that can dramatically adjust the game. Each shell offers different play styles. The beta opens July 3rd and you must join discord for a beta key.

Observer is a cyberpunk psychological horror video game that was initially released in August 2017. Observer System Redux is a remake that has been upgraded in every aspect. The upgrade features new lighting, particles, animations and models, and the ability to run in 4k at 60FPS. It will release on next-gen consoles.

Plan out strategic battles in real-time or a new turn-based mode as Pathfinder: Kingmaker Definitive Edition arrives on Xbox One and PS4 for the first time.

The Riftbreaker is a base-building, survival game with Action-RPG elements. Hack & slash countless enemies. Build up your base, collect samples and research new inventions to survive. Available to wishlist on steam here.

Second Extinction is a mutant dinosaur-fueled, Left 4 Dead-esque, three-player co-op game. It will be a live product, and the story will be updated as well as the game. The game offers different characters, classes, abilities and customisable loadouts.

Become a crew member of an interdimensional express. Upgrade your train, gather new materials and build better weapons! Available in single-player or online multiplayer with up to 4 people. Available to add to your wishlist on Steam now.

It has been almost 6 years since the critically acclaimed 2014 Game of the Year winner Wasteland 2. Now the RPG series that pioneered the post-apocalyptic genre in video games returns with Wasteland 3. Get a more in-depth look at the factions that make up the violent wastelands of Colorado in Wasteland 3. This game will be available on all platforms.

The Waylanders is a fantasy RPG inspired by classics and features party-based combat on a tactical scale. Originally from Kickstarter, the game is created by the same developers as Telltale’s The Walking Dead and Fallout New Vegas.

Yakuza: Like a dragon is a turn-based JRPG mixed with action. You are Ichiban Kasuga, a low-ranking yakuza grunt left on the brink of death by the man he trusted most. Being set in modern Japan, the game offers a different look than previous Yakuza games.

This was all the information on Day 1 of the IGN Summer of Gaming expo. We will continue to follow the coverage each day and update you with all of the latest news.