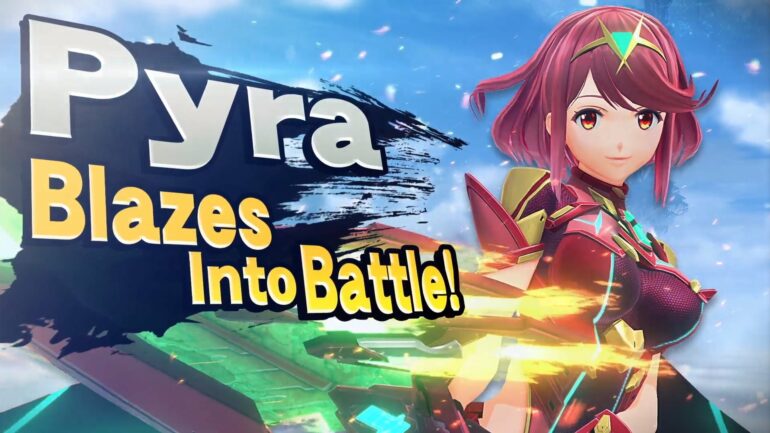 Nintendo has announced that Pyra and Mythra from the critically acclaimed Xenoblade Chronicles 2 will be Super Smash Bros Ultimate next fighters!

We did it. We finally did it. Pyra and Mythra are here, and they’re looking better than ever! While not many details have been revealed about them, we did get a good glimpse of some of their moves, their new map, and their smash attacks. Firstly, the new map will be on Gramps back, which for those of you who haven’t played Xenoblade Chronicles 2, is a giant dragon. The stage also features characters from Xenoblade Chronicles 2, such as Zeke, Nia and Morag, similar to how they approached the Persona 5 map.

Secondly, we get to see some of Pyra and Mythra’s moves. They can be switched out in-battle for starters, which is a neat touch and will be interesting in terms of how that factors into combat. They have some of their moves from the main game, especially in their smash attacks. Each character has their own unique smash attack it would seem. Pyra’s smash is her Burning Sword ability, and Mythra’s is her Sacred Arrow ability. Very cool stuff!

Nintendo has announced that more information will be announced later down the line, so we’ll likely get a direct specifically for Super Smash Bros Ultimate, as we usually do when a new fighter is announced. All we know so far is that Pyra and Mythra will be released in March as a single character pack. You can buy them for $5.99, or the whole Fighters Pass for $29.99.

It’s no Xenoblade Chronicles 3 announcement, but fans of the series have been clamouring for a Xenoblade Chronicles 2 fighter in Super Smash Bros Ultimate from the beginning. While Rex won’t be available, you can purchase a mini costume of him, so that’s neat. There was no sign of Pneuma either, although she may be made available as a skin variant for Pyra and Mythra. Here’s hoping.