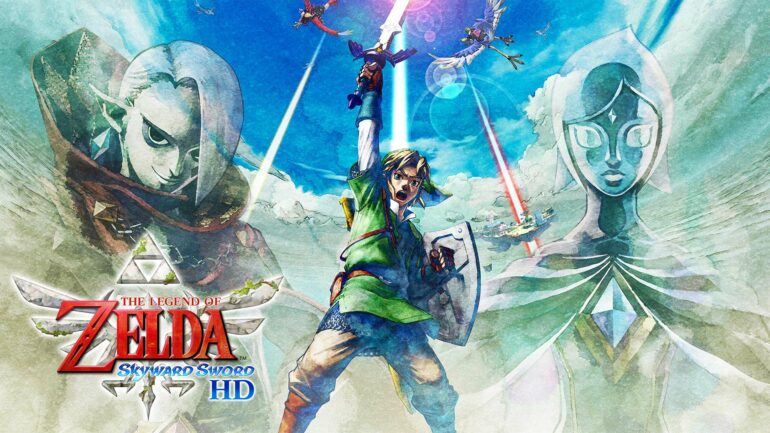 Hey! Listen! The Legend of Zelda: Skyward Sword HD was announced for the Nintendo Switch at today’s Nintendo Direct to the surprise of many fans!

Originally released way back in 2011 for the Wii, The Legend of Zelda: Skyward Sword would go on to influence perhaps the most popular title in the Zelda franchise, Breath of the Wild. Beloved by many, this gorgeous, exciting title took the franchise in bold directions. It also heavily utilised the Wii’s motion control and nunchuck functions. Now, players will get a chance to relive (or play for the very first time) a true Zelda classic!

The Legend of Zelda: Skyward Sword HD has obviously been changed a little since its debut on the Wii in 2011. As the Switch lacks a motion controller and a nunchunk, the controls have been altered to better suit the system. Players will be able to swing their sword and raise their sheild by waving around the corresponding joycon. Or, if you prefer to play handheld, or have a Nintendo Switch Lite, you can swing your sword using the joystick. It all sounds very refined and thought-through, and I’m sure it’ll translate into a very smooth gaming experience!

On top of the release of this title is the announcement that two new joycons will be released. They’re Zelda themed, quelle surprise, and will launch alongside Skyward Sword. The right joycon will be themed after the Master Sword, and the left after the Hylian Shield. These look phenomenal! If you’re in the need for some new joycons (maybe yours have been drifting a bit) then you’ll definitely want to pick these up!

Breath of the Wild 2 News?

Unfortunately, however, this announcement brought with it some bad news. While many, including myself, were expecting Breath of the Wild 2 news, we were left disappointed. Alas, there was no news regarding the upcoming sequel. However, we were assured that work is going smoothly, and to expect something further down the line. It’s likely we’ll get a Zelda themed direct at some point, seeing as it’s the franchises 35th anniversary and all. All we can do now is wait, and play The Legend of Zelda: Skyward Sword HD when it launches this July 16th!