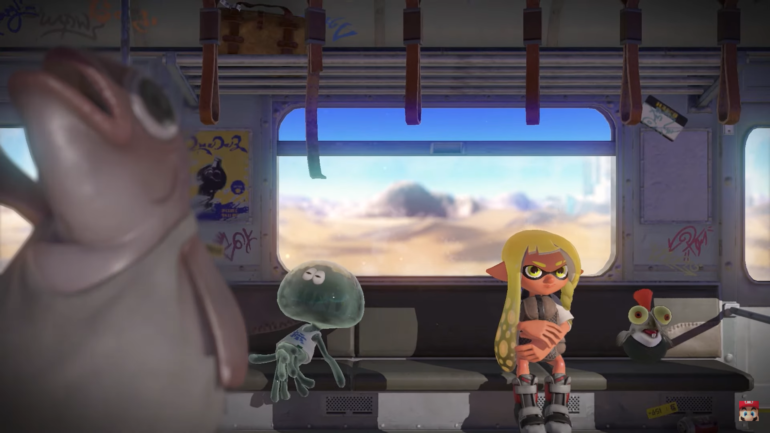 Splatoon 3 And Mario Golf Announced For The Nintendo Switch

The long-awaited sequel to Splatoon 2 is finally here as well as a surprising new addition to the Mario Golf franchise, with Splatoon 3 and Mario Golf Super Rush being announced for the Nintendo Switch!

What’s there to say about the Splatoon 3 trailer? After a brief scene of character customisation, we get to see a hellish Mad Max inspired landscape, a Ghibli-esque train ride, a Ghost in the Shell-esque cityscape and then a crazily cut together gameplay montage. It was certainly bizarre to say the least, especially that weird fish guy on the train. Gave me the heebie-jeebies. If you’re a fan of the series, then you’ll no doubt be thrilled by this announcement, but perhaps less thrilled that it’s releasing next year. I’m sure Nintendo will be back with more information about Splatoon 3 soon!

I really wasn’t expecting a Mario Golf announcement at this direct, believe me. At first the game seemed a little dull, just a visually stunning golf game with a Mario skin. But as the trailer went on I got hyped! This features some crazy sounding modes, such as one in which there are no turns, and players compete to see who can get their ball into the hole the quickest! There’s also a single player story mode which looks exciting, in which you play as an up and coming Mii who wants to enter the world of golf! There will be a lot to sink your teeth into when Mario Golf Super Rush launches this June 25th.