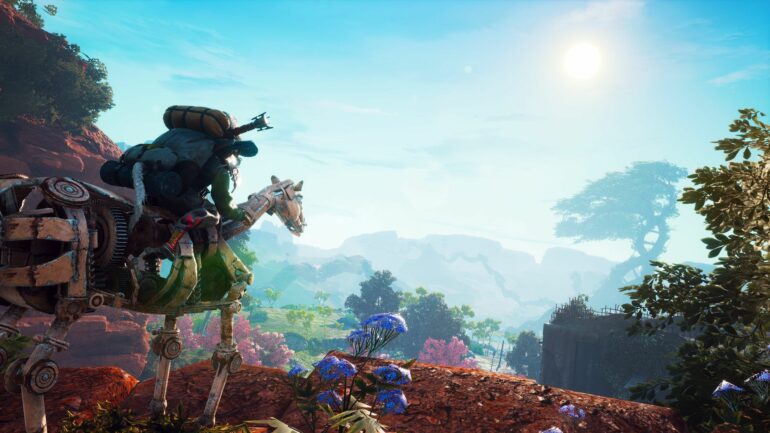 The Game Crater’s Top 10 Most Anticipated Games For May

Here at The Game Crater, we love a good list. We’ve done them all, from lists about what manga to start with to the top 5 weapons in RWBY for all you weapon aficionados out there. But it is our “Top Most Anticipated Games of the Month” articles we love doing the most. It’s a fantastic opportunity to highlight some great indie games coming out soon, as well as a chance to swoon over the latest hip-hop-and-happening titles. May, the birth month of yours truly, is an absolute cracker of a month and involves a whole heap of games. There’s everything from horrifying horrors to subterranean shenanigans. So, get ready for the ten game’s we’re absolutely hyped for.

Look, we’ve all googled Lady Dimitrescu at least once since the Resident Evil Village demo released way back when. Surprisingly, however, that’s not why we’re absolutely pumped for the latest game in the Resident Evil franchise. Well, pumped is perhaps the wrong word. Excitedly hiding behind our couch as we walk backwards through its horrifyingly beautiful locations. Yes, that seems more accurate. Resident Evil Village looks like the perfect blend of horror and narrative and seems to build upon the solid foundations laid by its predecessor. We simply cannot wait to get stuck into this title and uncover the mysteries locked within its haunting world.

Resident Evil Village reminds us to clean behind our couches this May 7th for PlayStation 4, PlayStation 5, Xbox One, Xbox Series X and Series S, Google Stadia and PC.

The Invisible Hand – May 7th

Manipulate the stock market when The Invisible Hand drops this May 7th for PC.

Hood: Outlaws and Legends – May 7th

Hood: Outlaws and Legends is an extremely intriguing looking multiplayer experience that seems set to shake things up a little. We’re genuinely interested in this multiplayer experience, simply because of its unique premise. Sneaking into various castles and trying to unlock a vault before another player sounds like an intensely satisfying experience unlike any other. There seems to be a lot on offer here too, so it’ll definitely be one that we come back to time after time.

Hoods: Outlaws and Legends swipes our coin-filled purses this May 7th for PlayStation 4, PlayStation 5, Xbox One, Xbox Series X and Series S and PC.

Who didn’t love the groundbreakingly genre-defining sci-fi adventure series Mass Effect back when it launched nearly 15 years ago? It was a truly remarkable experience that chronicled the adventures of one of Bioware’s finest characters. Mass Effect was truly incredible, and now with the Legendary Edition nearly upon us, newcomers and fans of the series will be able to experience it with a brand-new glossy sheen. With all-new improved visuals, lighting and textures, Mass Effect: Legendary Edition bundles the first three games and all their DLC into one sweet package. It is well worth picking up, especially if you’ve never played the games before.

Mass Effect: Legendary Edition will prove it’s legendary status this May 14th for PlayStation 4, Xbox One and PC

Subnautica: Below Zero – May 14th

Subnautica: Below Zero, which featured at the recent State of Play, is the much-beloved sequel to the critically acclaimed Subnautica. While in Steam Early Access, it has gone on to receive rave reviews across the board, with 93% positive reviews on Steam. Now that the full release is looming over the horizon, it’s safe to say that we’re absolutely buzzed. We loved the previous Subnautica, and getting the chance to play its sequel now that it’s been refined over its two years in Early Access is a dream come true.

Explore the eerie depths in Subnautica: Below Zero when it launches this May 14th for  PlayStation 4, PlayStation 5, Xbox One, Xbox Series X and Series S, Nintendo Switch and PC.

We previewed Mind Scanners during our coverage of the LudoNarraCon 2021 event. Suffice to say, we loved it. It was everything we had hoped it would be and more. You can read more about our thoughts over on our preview article, but for those in a hurry let’s just say it’s 1984 meets Papers, Please. This is definitely one to keep your eye on if you’re not already, and will undoubtedly be one of the best indie games of the month.

Mind Scanners will be invading our brain noggins this May 20th for PC.

Just Die Already is a hilarious cooperative game by the developers of Goat Simulator. If their previous title rings a bell, which it absolutely should, then you know exactly what carnage to expect when Just Die Already launches in late May. This is one hell of an old-person simulator. Throwing your frail body across the street, narrowly avoiding a zooming car thundering down the road, only to have your head chopped clean off by a lightsabre sounds like a barrel of laughs to us. We can’t wait to hop on in with our friends and frolic about in this physics-based simulator soon.

Get ready to die of laughter when Just Die Already launches this May 20th for PlayStation 4, Nintendo Switch, Xbox One and PC.

Knockout City seems like a no-brainer to us. A captivatingly fast-paced multiplayer game centred around dodgeball-based mechanics? Where do we sign? Having been teased across various direct style presentations, with more and more information dropped with each one, our anticipation has only grown. There are some genuinely unique mechanics at play here, with the team-based gameplay across lush arenas appearing to be extremely enjoyable. We’re ecstatic to jump in and blast our opponents away with our big balls.

Knock it out of the park this May 21st when Knockout City launches for PlayStation 4, Xbox One, Nintendo Switch, PlayStation 5, Xbox Series X and Series S and PC.

This seafaring adventure is set to knock your socks off (should have used that one for Knockout City) when it launches in late May. It puts players in the role of a grog-gurgling pirate who wants nothing more than to find the One Piece. I mean, to become the King of Pirates. You’ll explore procedurally generated worlds as you embark on an epic adventure. We’re fans of all things pirate and will fall hooked, lined and sinkered at the sight of a new pirate-themed game. King of Seas looks incredible, and we can’t wait to get our grubby paws on it.

Set sail this May 25th when King of Seas rocks up to shore on PlayStation 4, Nintendo Switch, Xbox One and PC.

Biomutant was announced way back in 2017. A truly bygone era. Back then it seemed as miraculously brilliant as Cyberpunk 2077 did when it dropped that CG trailer. However, unlike that mess of a game, Biomutant seems set to be a genuinely incredible time. With a captivatingly gorgeous world filled to the brim with more colour than a first-year university students bedroom and an intriguing martial-arts-based fighting system, Biomutant will surely impress. We cannot wait to explore its visually stunning world and kick some butt as we go.

Biomutant is launching this May 25th for PlayStation 4, Xbox One and PC.

Did we miss anything on your most anticipated games list? Let us know down in the comments below!