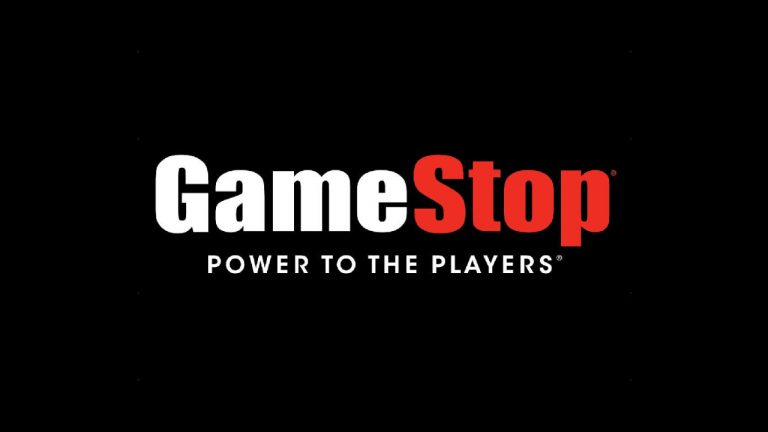 Wall Street Declares War on the People Over GameStop

Yesterday was a historic day, but very few realise how historic it was. On January 25, at around 10:40 AM, GameStop Corp’s stock hit a record high of US$159.18. I never thought I would see the day when Wall Street hedge funds would accuse “We the People” of market manipulation. This is the free market, deal with it.

For months, so-called experts like Andrew Left from Citron Research predicted a drop after the stock hit the 40s, then 60s and so on. Of course, that was not what happened. I don’t believe he was just wrong; he was lying because many big players have a lot of money to lose here. If you saw what transpired yesterday, you must understand that all those big players declared war on all of us to save their portfolio.

Before I explain why this is the fight of our lives, there are three points you must understand:

Fortunately, we can skip the first one because McGill Engineering student and finance expert Ze Yuan Fu already wrote an article about r/WallStreetBets.

GameStop is a brick and mortar American company that sells video games. As it has a physical retail point (unlike Amazon), it was one of the hardest-hit companies when coronavirus reached the United-States.

I won’t go into details about what margin calls are, GME’s Q3 earnings, or any other financial tool, but you can go here if you want to know more about it.

Regardless, it was at that point when a lot of major investors predicted GameStop’s demise, so they shorted the stock.

When one believes a company will do worse, they can borrow that company’s stock from a broker with an IOU, wait for the price to go down and pay the broker back at a later date.

For example, I think the price of bananas is going to fall. Right now, the price of a banana is $3. I go to a banana seller to tell them that I will borrow a banana now to pay them back later. I then sell that banana to another person for $3. The banana price fell to $1 as I hoped it would, so I went to buy three bananas and return the banana I owed to the first person I borrowed from. All in all, the seller got his banana back, and I made a gain of $2. In this case, I just shorted bananas.

When it comes to shorting stocks, you have to pay interest on your short position (short interest) as it is debt after all, and that short interest can be superior to 100% of all available stock.

As I mentioned earlier, investors were hoping for GameStop to go bankrupt. The big investors miscalculated by shorting a stock and wanting the company to fail; this would result in thousands of people becoming unemployed just so that 1% of investors could stuff their pockets full of cash. And now, they’re mad at an online community for their losses.

This misguided shorting was premature, as in August 2020, GameStop would see its fortunes take a considerable turn for the better. Ryan Cohen, founder of online pet food retailer Chewy, and his company, VC Ventures, had bought 9 million shares by December 2020 or 13% of GameStop. By January 2021, notable names associated with Chewy were all appointed to the board of GameStop including Cohen himself.

Here’s what that signalled: GameStop just landed itself the billionaire founder of an online retailer experienced in E-Commerce. This was the model GameStop would have to adopt to become viable during the pandemic. Furthermore, the PS5 and Xbox Series X release marked a new console cycle, which is always good news for a video game retailer.

GameStop also signed a deal with Microsoft, which granted it a share of the revenue for every Xbox sold. Overall, GameStop was looking to have a bright future!

Between GME’s low point and even the very second, this article is being written, the big investors who shorted GME managed to short even more in an attempt to ‘‘defend” their position. Think about it as when you lie more to cover up your first lie.

The shorters realised they had made a colossal mistake and that GameStop was on the rise, so they pretended that was not the case and shorted more stocks to keep the stock price artificially low.

Above is a good example of a shorting ‘‘attack.’’ As you can see, the first date on the list, January 11th, is the day that 4 million short positions were bought. Coincidentally, it was the same day that Cohen and other Chewy executives were appointed on GameStop’s board

At this point, GameStop’s stock is shorted at 140% of its float which is insane to say the least.

Many GME stocks are held by Cohen and other insiders, or big institutions such as Blackrock. Insiders cannot sell their shares quickly due to regulations which meant that there were about 20-30 million stocks up for grabs and 71 million short positions who desperately needed to buy stock. If you ever took an economics class, you know this means low supply and high demand.

Some geniuses on WallStreetBets realised that it would drive up its price if they could buy and hold the stock. This would trigger a short squeeze which means shorters would sell their mother for a GME stock to cover their losses before losing their home. In terms of my banana analogy, a shorter bought 5 banana shorts at $3 and a banana price is now $5, so they try to buy as many actual bananas as possible before a banana is worth 10$ and so on.

The shorter is still losing money, but buying now would prevent future more significant losses. Add the fact that shorters are borrowing their position, and they have to pay interest, so they need to take immediate action to prevent catastrophe.

All in all, GME’s stock price increased exponentially, a lot of regular people on Reddit became rich, and the big investors praying for GME’s demise lost basically everything.

Andrew Left, who runs Citron research, was very angry at the “Reddit mob” using public information to make his position a losing one. He predicted that the stock would collapse and explained why in a youtube video, but it never did. Ironically, using public sources to take advantage of the mob mentality of traders is exactly what Citron does, but now that Reddit does it, Left is not pleased. His hypocrisy was not lost on anyone. Even today, he is still shorting GameStop.

The other big loser was Melvin Capital. This big hedge fund had a short position on GME and lost so much money that it had to be bailed out by other big funds.

January 25th and Beyond

On this day, GME saw its first short squeeze with the stock price peaking at $159.18. Today, GME closed at $147.98 and has exceeded the $200 mark in the after-market. Who knows how high it could go once the short-sellers run out of steam. That is not a matter of if, but when.

There is going to be a second squeeze. I repeat. There is going to be a second squeeze. It could be tomorrow. It could be Friday or next Monday. If you currently have GME holdings, do everything to keep them and not fall victims to the paper hands. The big corporate names will send their goons on CNBC and Fox Business to smear GME (the only one who provided any pushback was Jim Cramer, credit to him). They will use complicated words to make us give up on this, but we cannot let that happen.

This event gives me 2008 flashbacks in many ways. I am reminded of the fun moments like when a short squeeze made, for a brief moment, Volkswagen, the most valuable company in the world. Yet, 2008 was a terrible year. Of course, there was a real-estate bubble, the market crashed, and many people suffered, but everyone knows that.

Why this is Important

What many don’t realize is that bankers got into bed with politicians and used the market to bet on other people’s failure (sounds familiar?). When the dust settled, the average taxpayer was left to foot the bill, with the big banks and financial institutions bailed out. None of the criminal politicians went to jail, and neither did the criminal bankers responsible for the mess in 2008. I naively believed that “they didn’t learn from their mistakes”, but now I know better.

The big institutions, the government and all their goons in the media know exactly what they are doing. They want ordinary people to be forever slaves to their fees to access their financial services. The big moneyed interests earn an average worker’s monthly rent in a single day, and they are horrified. They cannot let the poor take control of their own future.

Now, those market forces are pulling every stop to prevent GME’s rise such as sending their “tools” as panelists on mainstream media. There are journalists writing articles downplaying this instance, even colluding with market makers to manufacture naked short ladder attacks and create the illusion that people are selling in droves. No matter what they might try, We the People have the chance to deal a blow to Wall Street. Get everyone you know to buy GME and send it to the moon!

No one would have expected some gamers and Redditors to be the champions of ordinary people. We are in the margins of society after all (no pun intended). Seasoned investor Polytechnic Engineering student Yannick Mudinda remarked: ‘‘Imagine being [the] CEO of a company owing your business to 6 million [redditors].’’ But if I learned anything from history, we don’t choose the moments; the moments choose us, and we decide whether to seize upon them or not. Diamond hands all the way! We shall never surrender.