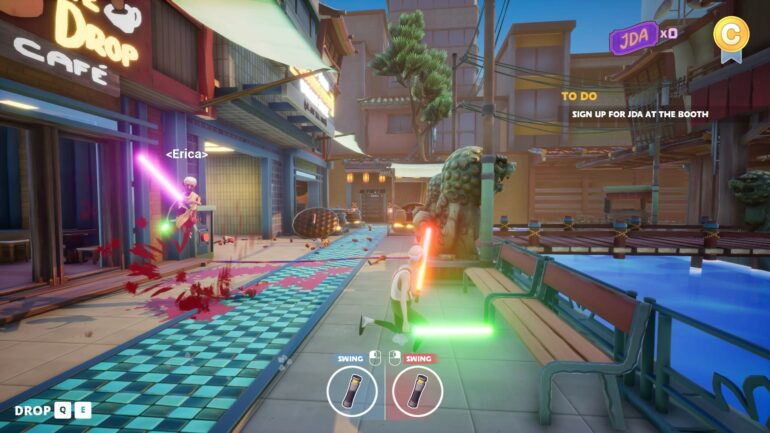 Developer DoubleMoose Games and publisher Curve Digital have announced that their “old people mayhem sandbox” title Just Die Already will be releasing for PlayStation, Xbox and the Nintendo Switch.

From the mind of Armin Ibrisagic, the mastermind behind Goat Simulator, comes the wacky simulation game Just Die Already! This is a sandbox title in which players must fling and toss boomers across a city while completing dangerous tasks all to earn a spot in a decent retirement home. While originally announced for Steam, it has now been confirmed that it will be officially launching on PlayStation, Xbox and the Nintendo Switch as well! So, all you console players will get the opportunity to see old people get dismembered thanks to physics fun! Yey!

What Is Just Die Already?

Just Die Already is a physics-based sandbox title similar to Goat Simulator (and for good reason!). Players must complete dangerous tasks all while avoiding damaging their fragile ragdoll. Anything and everything can hurt you, but likewise, you can utilise just about anything too! From guns to giant trouts (no seriously), you can whack your way through the city, before inevitably being rammed by a car. Good times. Here’s everything you can expect from Just Die Already:

Just Die Already has the lovely release date of “coming soon”, so look forward to then. In the meantime, you can head on over to its Steam store page and wishlist it so you’ll be notified whenever it does drop! Otherwise, keep your eyes peeled on those eShops and PlayStation stores for when it launches on consoles! Will you be picking up Just Die Already? What platform will you get it on? Let us know down in the comments below!