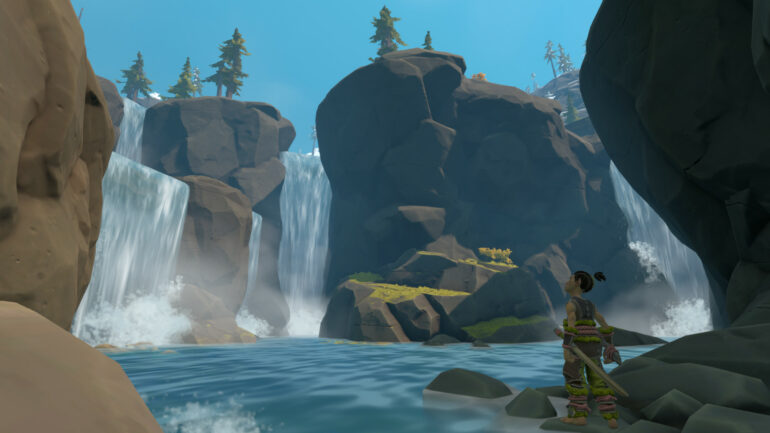 Pine, the incredibly ambitious adventure title by developer Twirlbound has finally been announced to launch for PlayStation 4 and 5 next week.

Pine is a huge adventure title set across a sprawling open world. It originally launched on Steam and the Nintendo Switch back in October and November of 2019. While it opened with a rocky start on the Nintendo Switch, thanks to the determination of the folks at Twirlbound, it’s now one of the best games on the platform! It went on to receive 75% positive reviews on Steam, and critical acclaim across the board.

Pine is an open-world action-adventure title that focuses on the adventures of Hue as he explores the expansive and stunningly beautiful world of Albamare. In Pine, the world truly is alive, as various species roam and perform actions without any player involvement. It is a hugely ambitious premise that’s been pulled off expertly and makes for an incredibly immersive experience. Here’s just some of what you can expect to encounter in Pine:

Pine will release on the PlayStation 4 and 5 (via backwards compatibility) on March 9th! It currently costs £19.49 on Steam, so expect a similar price point on the PlayStation. Will you be picking up Pine when it releases next week? Let us know down in the comments below!