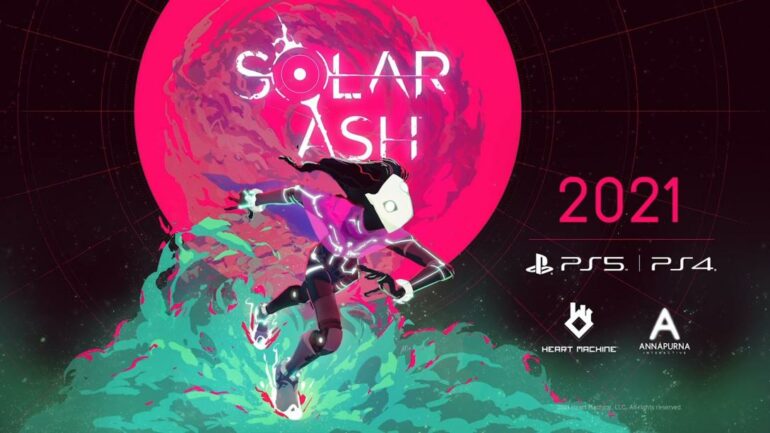 Solar Ash by Heart Machine, the folks behind Hyper Light Drifter, received a new deep-dive into its mechanics and narrative at today’s State of Play!

Solar Ash looks incredibly intriguing! It’s got an amazing visual style that’s akin to The Pathless and Haven, with huge set pieces and an intriguing world beckoning for you to explore it! Solar Ash is set within a massive all-consuming black hole and features a giant “dangerous and unique” world for the player to explore. You play as Rey who ventures within the black hole in an attempt to save her homeworld!

While there wasn’t a whole load of details announced (it’s likely more will come in the ensuing State of Plays), we did get some tidbits about what it is you’ll be doing in Solar Ash. Aside from the exciting visuals and impressive gameplay on show (see the above trailer), we got some insights into the quest you’ll be undertaking. I’ve compiled a breakdown of everything that was announced for Solar Ash:

That’s all that was announced in this trailer, but I’m sure we’ll get more info further down the line! Are you excited for Solar Ash? Let us know down in the comments below!