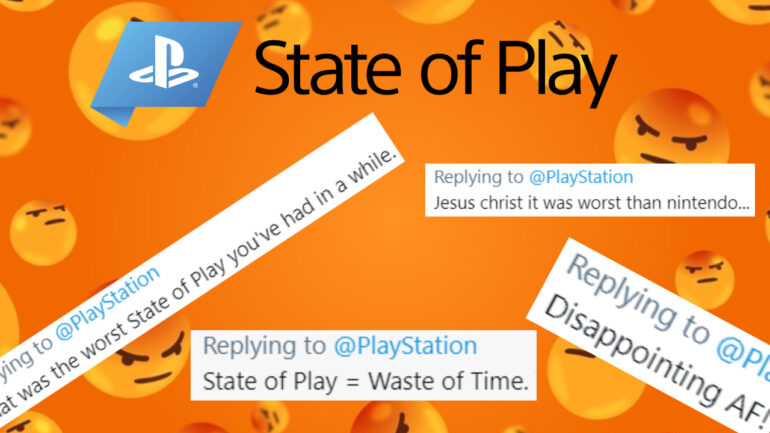 Sony aired a brand-new State of Play this afternoon that looked at some upcoming PlayStation titles, however, not unlike the recent Nintendo Direct, it left many fans feeling extremely disappointed.

It has been just over six months since Sony last held a PlayStation State of Play presentation. This is why this latest livestream was welcomed by fans all over the world. That is until it started. The State of Play focused solely on ten titles for the PS4 and PS5. While we may have received a good look into a wide range of upcoming titles, only the newer titles were positive takeaways from the presentation.

There were a few titles of interest, including the new Final Fantasy VII Remake episode, which piqued the interest of many. However, the majority of the titles felt underwhelming. It has drawn a comparison to the Nintendo Direct from last week, which is not a favourable comparison. Highly-anticipated games like Ratchet & Clank: Rift Apart and God of War: Ragnarok were sadly absent. We didn’t even get the recently rumoured GTA remasters. This was despite recent assurances that many of the missing titles will release this year. Sony will most assuredly have some exciting news as the year progresses. Unfortunately, most fans didn’t want to wait.

Fortunately, Sifu, a brand-new title, was announced during the State of Play. Solar Ash and Returnal received deep dives along with gameplay. Titles such as Oddworld: Soulstorm and Kena: Bridge of Spirits made an appearance during the presentation; however, they didn’t offer much in terms of new content or progress update. I’m sure fans of these franchises were glad to see they haven’t been forgotten, but many fans had hoped for something brand new to kick off 2021. Unfortunately, Sony did not deliver.

As always, we want to know what you thought of Sony’s State of Play presentation. Was this their best one yet, or will you have forgotten all about the reveals tomorrow? Let us know down in the comments below!