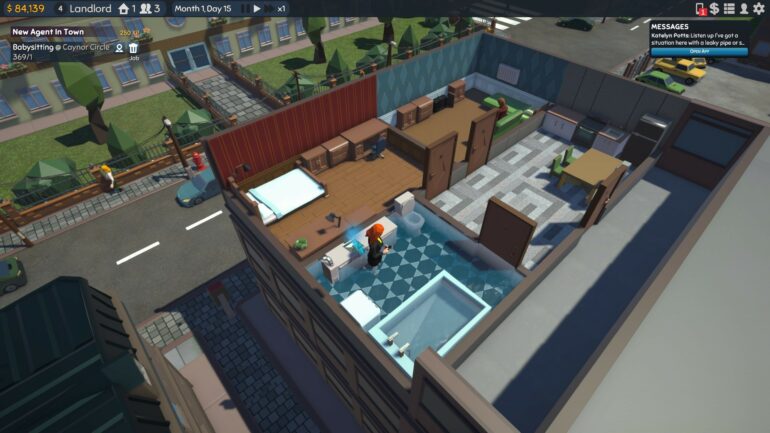 The Tenants is an upcoming simulation game centred around being a landlord. It’s currently not out yet but has a tentative Q1 2021 release date. In order to get players accustomed to their upcoming title, The Tenants developers have put together a generous free trial. Creative Director at Ancient Forge Studio, Dushan Chaciej, talked about how they want players to see the substantial progress they’ve made, and how close the game is to finally releasing.

“We’ve finally entered the development phase where we can focus our attention solely on tweaking the balance, polishing up various mechanics, and hunting down the last few pesky bugs. […] We’re extremely excited that our community will finally be able to see what we’ve been brewing over the last two years,”

What Is Included In The Tenants Free Trial?

The free trial will be a standalone product and will feature some of the things you can expect to see in the full release. It’s just laying the foundations for the much larger project! If you’re a fan of problem-solving or even The Sims which this doesn’t look too dissimilar from, then you’ll absolutely want to check out the free trial. But what exactly is included? Well, I’ve put together a nice list of everything you can experience in the free trial:

The Tenants free trial launches today and entirely for free (obviously)! You can head on over to its dedicated Steam store page to download it. You should also head on over to The Tenants Steam page and wishlist it to get updated when it launches in Early Access sometime soon!