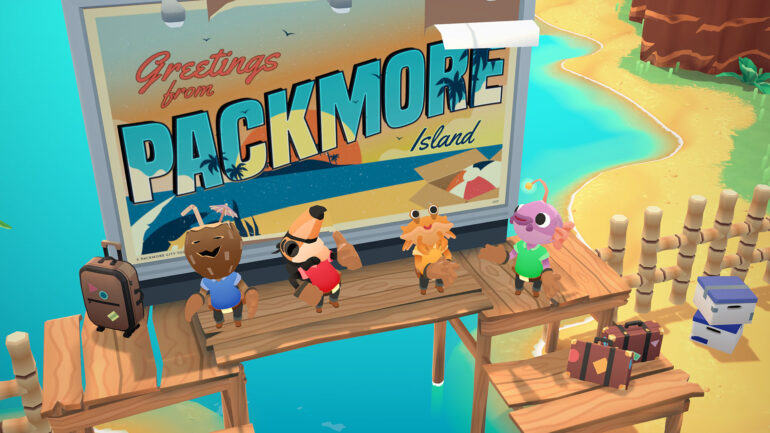 Publisher Team17 and developers DevM Games and SMG Studio have announced a brand new DLC for their wacky couch co-op game Moving Out!

Movers In Paradise is the very first premium DLC for the critically acclaimed game Moving Out. It transports players to Packmore Island, a beautiful tropical island full of inconveniences to get in the way of your packing! As the Furniture Arrangement and Relocations Technicians (aka F.A.R.Ts), it’ll be your job to face the blistering heats and explore the island and all its treasures across 14 new levels!

Movers In Paradise sees to expand the base game with brand-new zany content. It’ll be familiar enough that returning players won’t feel completely deserted, but switches things up enough that it’ll feel fresh and new! So, what exactly do you get in this new DLC. Well, a boatload of content! I’ve compiled a list of everything included below:

On top of the Movers in Paradise DLC, Moving Out players will be able to download a game-changing update entirely for free! This update is adding an entirely new feature that flips the game right on its head. Sick of packing up and moving out? Then you’ll be happy to hear you’ll now be able to move in! This new update will task players with unpacking removal vans and positioning items in the correct locations as fast as they can! This new game mode will take place across a bunch of Moving Out’s original levels, so it’ll add a whole load of replay value to the game.