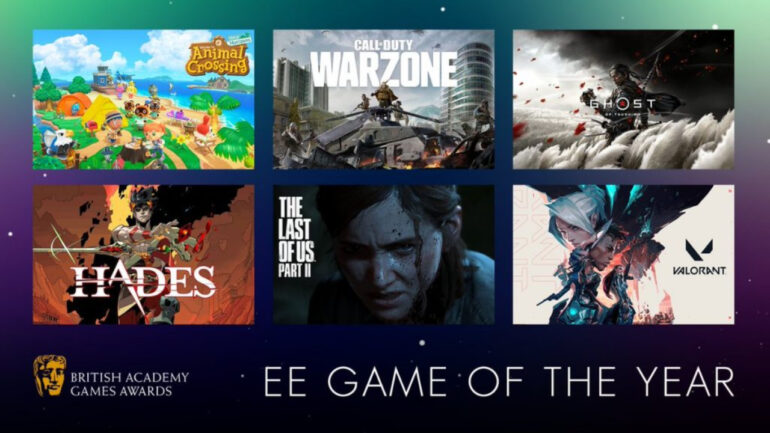 Less Than A Week Left To Vote On The EE Game Of The Year Award!

The public has less than a week to vote on an all-new BAFTA Games Awards category, the EE Game of the Year Award, which has been created in collaboration with the UK mobile network EE.

BAFTA Games Awards has partnered with EE to create a new category that the public can vote on. It is the only category at the awards ceremony that is decided on by the public (that means you!). A jury comprised of predominantly games journalists compiled a list of six nominees for the public to vote on. These games were selected based on how much they have resonated with audiences across the globe, and their ability to keep us entertained and connected throughout the trials and tribulations the pandemic brought with it. One member of the jury, Eurogamer’s Head of Video Aoife Wilson, spoke about the power of video games and their excitement to see a winner.

“It’s a great honour to have been a jury member for the first ever BAFTA EE Game of the Year Award. It’s a particularly important award because in the last year, games have done more to bring people together than ever before. Games have the power to connect, to heal, to teach and to empower, and that’s never been clearer or more needed than right now. In a year where we’ve been separated physically, it’s very special that players now have the power to celebrate the games that have meant so much to us. It’s an incredible shortlist, and I can’t wait to see which of the amazing games featured will be voted the winner.”

What Are The EE Game Of The Year Award Nominees?

There were six games nominated by eight jury members for the EE Game of the Year Award. These games all proved to be essential forms of connection, entertainment and happiness in one of the bleakest times in our lives. They brought players together in an unprecedented way or ensured that throughout the pandemic they were kept sane. While I’m sure a lot of you were expecting Beach Buggy Racing on this list, unfortunately, due to the fact it released back in 2014, it cannot be nominated. Otherwise, I’m sure it would have been. Below are the nominees for the EE Game of the Year Award:

Below are the jury members who selected the titles:

If you want to vote for one of these games to win the EE Game of the Year Award, then head on over to EE’s website and submit your vote! Votes are open until 12:00pm on Monday 22nd of March, 2021. The winner will be announced on March 25th during the BAFTA Game Awards. Who will you be voting for? Would you have picked different nominees? Let us know down in the comments below!