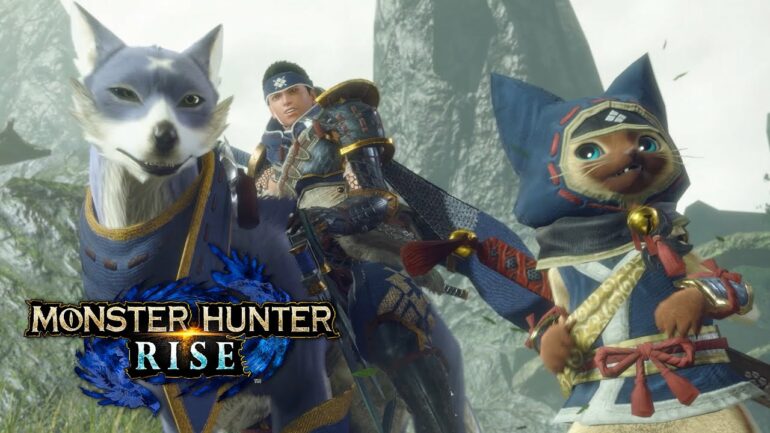 The Game Crater’s Top 10 Most Anticipated Games For March

Get ready to get hyped, as March 2021 has some absolute bangers! From riveting reboots to incredible indies, tremendous triple-A titles, and captivatingly creative cult classics, March has it all. So, we’ve compiled a list of our most anticipated games coming your way this March for you to enjoy. You never know, maybe you’ll find your game of the year hidden within!

Pako Caravan is a delightful arcade title where the player navigates various vehicles around themed levels trying to complete as many objectives as possible before they inevitably crash. We’ve had the chance to play Pako Caravan and can 100% confirm it is an entertaining title. It’s as wacky and over-the-top as you’d expect, especially when you amass a vast, winding caravan behind you! There’s certainly a lot of replay value to be found here and a generous amount of content to explore. This is an absolute riot and well worth checking out!

Maquette instantly caught our eye the moment we saw the trailer. It’s a visually stunning game with an intriguing premise. Taking concepts from something as simple as a Russian doll, Maquette pits the player in a puzzling adventure about uncovering the story of two lovers. You can manipulate objects in one version of the world you’re in, which will directly affect a larger version of that same world. Take a regular size key, for example. Fairly normal, right? Well, by placing it in the smaller version of your wall, you can use it to bridge a gap to the next area or as a ramp into an even larger version of your world! It all sounds very complex but intriguing nonetheless, and we are confident in saying it’s one of our most anticipated games of the month!

Ponder through perplexing puzzles in Maquette when it releases for the PlayStation 4, PlayStation 5 and Steam this March 2nd.

We’ve covered Sir Lovelot before on The Game Crater, and for a good reason. This hilarious looking title looks like a really good time and full of the kind of laughs we need right now. Sir Lovelot features many levels for the player to enjoy, with perilous traps and monsters to overcome in each one! We’re very excited about this game, if only just to have a good chuckle and a bit of a blast.

We’re happy to say it straight off the bat: Everhood looks incredible. Its gorgeous visuals, outstanding soundtrack, and quirky narrative collate into what is set to be one of the year’s best indie games. It gives us some serious Undertale vibes, but without ever feeling it’s ripping that title off. Everhood feels wholly unique, innovating, improving and diverging from the golden age of indie games. From the trailer alone, it feels like a cult classic in the making. It’s not long now until it launches, but even for these next few days, we’ll be shaking in our boots with anticipation.

Dance to some absolute bops while uncovering a darkly charming story in Everhood this March 4th on the Nintendo Switch and Steam.

Stubbs The Zombie In Rebel Without A Pulse – March 16th

Get ready to eat some brainzzzzz in Stubbs The Zombie in Rebel Without a Pulse this March 16th for the PlayStation 4, Xbox One, Nintendo Switch, and Steam!

Minute of Islands has an incredibly intriguing art-style. It’s reminiscent of Spiritfarer, although far darker in tone. The mysterious islands you’ll be exploring give rise to a darkly charming narrative, and perplexing puzzles. We at The Game Crater love any game with unique world-building and wonderfully creative game mechanics, and Minute of Islands has it all. You’ll play as Mo in this beautifully handcrafted adventure game, explore weirdly wonderful worlds and delve deep within its underlying mysteries. Minute of Islands is by far one of our most anticipated games, and we highly recommend you check it out!

Explore weird islands and take part in an emotional narrative in Minute of Islands on PlayStation 4, Nintendo Switch and Steam this March 18th!

Rise to the challenge and embark on an epic adventure Hunter when Monster Hunter Rise launches for the Nintendo Switch on March 26th.

It Takes Two looks heart-warmingly fabulous. Its fantastic trailer shows off some of its innovative and delightful looking co-operative gameplay, and we’re absolutely hyped to play this when it drops. It Takes Two seems intent on taking the co-op genre by storm from its intricately poignant yet hilariously uplifting narrative to its boundlessly bountiful gameplay mechanics. We’ve had heaps of fun playing Hazelight Studios previously co-operative affair, A Way Out, and can’t wait to see what innovations they’re bringing to the genre this time. This is high on our most anticipated games list, and it should be on yours too!

Narita Boy is a Game Crater favourite. We’ve been covering it for a while now and counting down the days until it graces our screens! It’s packed with 80’s charm while feeling entirely unique in its world-building. From its astoundingly amazing visuals (just look at the game’s screenshots!) to its heart-poundingly electrifying soundtrack, Narita Boy is absolutely on its way to becoming a cult classic! It’s an action platformer with a cybernetic twist. You’ll explore the digital world as Narita Boy and slay corrupted Stallions, all while uncovering the mystery behind the game’s creator! How bodaciously radical my trippily meta dude.

Expect plenty of 80’s references when it turns out Narita Boy is our father, makes our day, yippee-ki-yays, phone’s home, say’s hello to his little friend and is back this March for Steam, PlayStation 4, Xbox One and the Nintendo Switch.

Buildings Have Feelings Too! – March 2021

Get ready to question whether or not that building really did move when you weren’t looking when Buildings Have Feelings Too! launches sometime this March.

Did we miss anything on your most anticipated games list? Let us know down in the comments below!