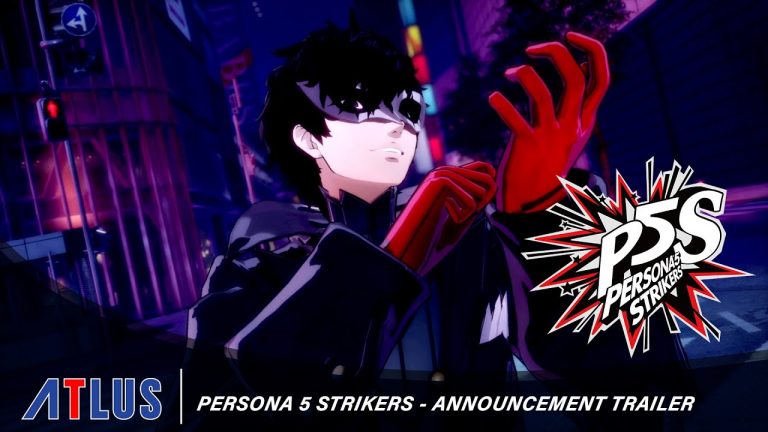 The Game Crater’s Top 10 Most Anticipated Games For February

Let’s be honest, 2020 sucked big time. Games were delayed, the ones that were released were a little buggy to put it nicely, and we all scrambled to get that sweet new PS5 and got cat food instead. Here at The Game Crater, we’re all hoping 2021 will be a little nicer, a little happier and a little better for video games. Each month we’re compiling our most anticipated games, and boy does February have some bangers. So, in no particular order, here are our top ten most anticipated games for February.

When Destruction AllStars was announced at the PlayStation 5 event, we didn’t think much of it. But the closer it gets to release, the chaotic, action-packed, “vehicular-combat” title endears to us a little more. It’s got sixteen colourful characters, each with their own distinct personality, twenty-eight hand-crafted cars, and a whole lot of destruction. Basically, this is the video-game equivalent of our two-year-old brains thinking it was fun to carelessly crash vehicles into one another, watching in amazement as little pieces of plastic propelled into the air. Destruction AllStars‘ graphics look stunning too, and we are honestly getting revved up the more we talk about it. There’s a reason this is one of our most anticipated games!

Destruction AllStars is coming to PlayStation 5 this February and if you’re a lucky duck and own Playstation+, then you’ll get to play it completely for free! What a bargain!

Ghost ‘n Goblins: Resurrection is a zany looking platformer that harkens back to the good ‘ol days of platforming. Well, more specifically it harkens back to the original Ghosts ‘n Goblins and Ghouls ‘n Ghosts, so if you were a fan of that, then there’s a good chance you’ll like the look of this. It has an intriguing looking art style that reminds us of Death Tales which we reviewed a while back. It’s going for a fairytale, storybook aesthetic, and is mixing it up a little with some 2.5D. Exciting!

Well, we’ll be honest, we never saw it coming. It’s a Persona-Musou hybrid. Who would have thunk it? We are very excited about this title, not because we loved Persona 5, but because this looks genuinely fun. You get to explore six different cities across Japan, fight using the Musou style combat, while still retaining some of that Persona 5 flair we all know and love.

You can also play as all the Phantom Thieves, so that’s neat if you had a favourite character from the previous game. It has a deep storyline, and from our understanding, you can play this without having played the previous title. After the success of Hyrule Warriors: Age of Calamity, we’d say this will be a shoo-in success and well worth checking out.

Persona 5 Strikers is coming to the Nintendo Switch, PlayStation 4 and PC this February 23rd.

Another one of our most anticipated games is Taxi Chaos, which reminds us of the recently released, The Stretchers, and of the very fun Simpsons Hit and Run (can someone remake that game already?!) It seeks to bring back the charm and magic of Crazy Taxi, putting you in the role of a taxi driver with a penchant for the crazy. You zip around the city, jumping over rooftops, smashing through crowded streets, and doing your best to avoid those pesky pedestrians who stand in your way. It looks like good ‘ol arcadey fun, and we think that’s what they’re banking on.

Taxi Chaos is coming out for the Nintendo Switch, PlayStation 4 and Xbox One, and is releasing this February 23rd.

Rustler is another of our most anticipated games, and it looks amazing. A medieval spin on Grand Theft Auto is a brazenly brilliant idea, especially one that doesn’t take itself too seriously. There are some really clever concepts here, like the “human radio” that’s literally just a bard that follows you around playing tunes, and, if executed well, this could be an enjoyable time.

This looks to be a little deeper in complexity than just many memes though, with what looks like some fun ways to interact with a detailed medieval open-world. It’s launching in early-access, although the developers promise that the game is in a completely playable state, and they’ll just be adding additional things to the title such as minigames as they progress through the early-access stages.

30XX looks INCREDIBLE! Just a quick glance at the early-access trailer makes us hyped. It has a gorgeous art style, a thumping, electric soundtrack, and a level editor! I mean, come on, who doesn’t love a level editor?

If you are a fan of the classic Megaman titles from way-back-when or a fan of this game’s prequel 20XX, then you’ll probably love this. We are really pumped for this title, and you should be too!

30XX is coming out this February 17th on Steam.

Suuuuper Mariooooo! Here we are again, folks. Another Wii U port. Press F to pay your respects. Mourning what could have been a great console aside, Nintendo is at it again. It’s what you’ve come to know and love, literally as you may have already played this game, although this time around it’s a little enhanced! You’ve also got the pretty fun looking Bowser’s Fury standalone expansion releasing alongside it, so it’s set to be quite the package. If you liked the Wii U version, or if you like Mario games then come on, who are we kidding, you’ve already pre-ordered it.

Super Mario 3D World and Bowser’s Fury are releasing on February 13th for the Nintendo Switch.

Did you ever watch Coraline as a child, finish it, and as you’re irresponsible parents put you to sleep, wonder why on earth they let you watch it? Little Nightmares II looks as if Coraline and Tarsier Studios weird, surreal, twisted nightmares had a child. This is a horror title with a sickeningly-twisted art style in which you and another player can live out what is bound to be the most nightmare-inducing few hours of your life. Whether you are looking for something different to play in between games of Aussie Pokies 777 or you just want to unwind, this is a great game choice this month.

Little Nightmares II haunts our nightmares this February 11th on all platforms!

Blue Fire is a challenging 3D action-platformer with a really cool art style set in a fantasy world. There are upgrades and various equipment to make you harder, better, faster, stronger, and an intriguing narrative. This is one of our most anticipated games because it’s visually stunning, the mechanics look well refined, and the overall gameplay looks like a blast. We’ll definitely be checking this one out, and we recommend you should too!

Last, but certainly not least, we have Werewolf: The Apocalypse – Earthblood. This is a stealth-action game where you sneak around like a little doggo and take out giant mechs as an even bigger doggo. There’s definitely a double-A charm about this game, the feeling that this is a project made with passion, not out of some controversy-filled factory in France. We love the aesthetic of this game, the ability to switch between your human-form and werewolf-form looks amazing, and the fluidity of combat looks like it’d be a joy to play. Basically, we want to tear into some bad guys with our big claws.

Werewolf: The Apocalypse – Earthblood releases for all platforms (except the Nintendo Switch) this February 4th.