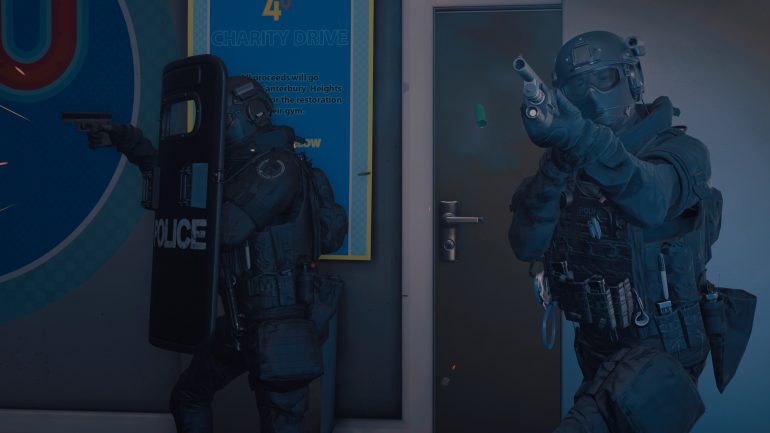 Team17 Partners With Void Interactive To Release FPS Ready Or Not

Team17 have partnered with indie studio Void Interactive to bring their debut squad-based tactical shooter title, Ready or Not, to Steam Early Access.

Ready or Not is the first title to come out of independent studio Void Interactive, and tasks players with defusing intense, life-or-death, situations. Team17, who will responsible for the publishing side of things, are a veteran indie developer and publisher who are responsible for such titles as Narita Boy, Worms Rumble and Moving Out. Julio Rodrigeuz, the Chief Executive Officer over at Void Interactive, spoke about their excitement for their partnership with Team17.

“We’ve been working hard to make Ready or Not an immersive and engaging tactical shooter, and have already attracted a keen and excited community around the title. We’re thrilled that Team17 shares the same passion and ambitions for the game as we do, and we’re already working together to deliver an immersive and adrenaline-fuelled experience.”

What Is Ready Or Not?

Ready or Not is a first-person-shooter in which the player must deal with highly-hostile situations utilising everything at their disposal. Taking on the role of an elite operative, the player must breach and clear various locations using cleverly planned tactics and a squad of operatives at their command. You won’t just be blasting your way through levels. Using stealth tactics to ensure that your plan is executed perfectly could be the difference between life and death. Here’s everything you can expect from Ready or Not:

So far, Ready or Not does not have a release date nor a price. It will be launching onto Steam Early Access at some point. However, at this stage, this is all the information we have. Be sure to head on over to Ready or Not’s Steam store page to wishlist it and be notified whenever an update drops. Will you be picking up Ready or Not? Let us know down in the comments below!