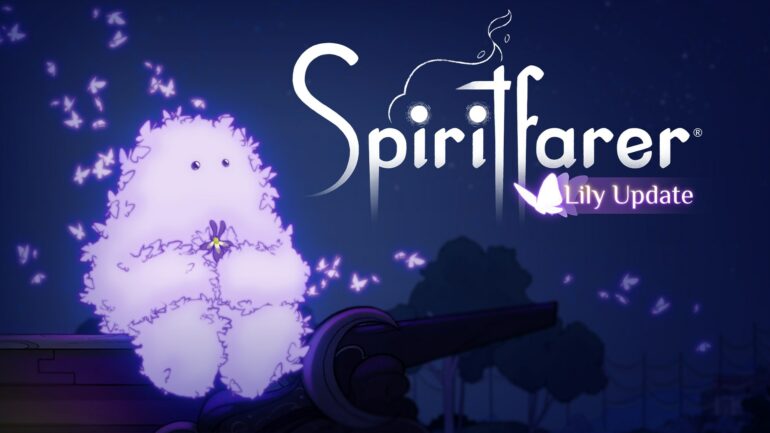 Developer Thunder Lotus has announced that their cosy management sim Spiritfarer has sold 500,000 copies and are releasing a free update to celebrate.

Spiritfarer is an incredibly popular self-described cosy-management sim, in which players must attend to the needs of various spirits before eventually ferrying them to the afterlife. It is Thunder Lotus’ most successful project to date, succeeding Jotun and Sundered respectively. It has gone on to receive rave reviews, garnering a 9/10 from IGN, 82% on Metacritic and 96% positive reviews on Steam. Furthermore, it has been nominated for awards at The Game Awards, The DICE Awards and BAFTA Game Awards, and has won three awards at the Canadian Game Awards.

To celebrate hitting the incredible milestone of 500,000 copies sold, Thunder Lotus is releasing the first of three free updates. Announced earlier this year, Spiritfarer is set to receive a series of huge updates that will add new characters, locations and alterations to gameplay. The first of these updates, simply titled The Lily Update, will add significant changes (listed below). Creative Director at Thunder Lotus, Nicolas Guérin, spoke about how they wanted to address player feedback with the first update, and deliver on some promised features.

“Once again, the updates we’re bringing to Spiritfarer this year are all about the fans – those who helped make this our studio’s most popular game ever […] We wanted to keep the Lily Update small, to address the single most common feedback we’ve received from players since launch: fans want to know more about Stella and what, ultimately, her quest is about.”

What Is The Lily Update?

The Lily Update is the first of three major updates that are coming to Spiritfarer across 2021. You can read more about the other two updates here. Thunder Lotus is focusing on some narrative changes with this update. Their main focus is on fleshing out Stella’s story. It will introduce Lily, Stella’s sister, while also making improvements to the co-op aspect of Spiritfarer’s gameplay. Below is a list of some of the changes being made in The Lily Update:

The Lily Update is entirely free, and better yet, it’s available right now. You can download it across all systems, including Xbox Game Pass, Xbox One, Nintendo Switch, PlayStation 4, Steam, Epic Games Store, GOG, and Stadia. If you haven’t already, I highly recommend you play Spiritfarer. With the addition of the free new update, and the further two launching later this year, it is definitely a good time to jump in. What do you think about the new update? Let us know down in the comments below.