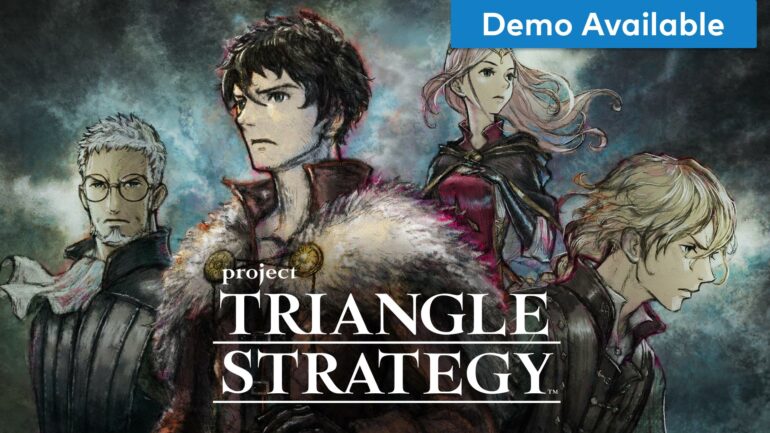 Project Triangle Strategy Demo: The Art Of Being Unspectacular

Octopath Traveler And The Legacy It Left Behind

What feels like eons ago now, Octopath Traveler was just an idea. Back then, the hype was building around its combination of 2D sprites and 3D environments to create a gorgeous fantasy world. What could have been just another JRPG, Octopath Traveler seemed to be attempting something new, even if it appeared superficial at first. When it was revealed, I too was enamoured by its art-style. I couldn’t wait to get my hands on a copy of the game to soak in its beautiful world. So, when Square Enix announced a lengthy demo for Octopath Traveler, I jumped at the opportunity to play it. It was wondrous! An eclectic mix of brilliant visuals, engaging turn-based combat and one of the best JRPG soundtracks to date. Suffice to say, I loved Octopath Traveler. So, why don’t I love Project Triangle Strategy, its upcoming spiritual successor?

Announced at the most recent Nintendo Direct, Project Triangle Strategy takes the art-style of Octopath Traveler and blends it with the gameplay mechanics most-associated with Fire Emblem. It felt like a recipe for success. This is an SRPG game focusing on player-choice and the impact they have on the overall narrative. This new direction could rectify the narrative shortcomings of Octopath Traveler, an issue plaguing that game. So, as the excitement for a new title swelled within me like a bulbous balloon ballooning, barely balking under the buckling burden, I knew I had to get my hands on its demo. Without hesitation, I headed over to the Switch eShop.

Narrative And The Problematic In Media Res

Project Triangle Strategy’s demo is generous in its offerings. You can experience a significant portion of the game, from main missions, side stories and battles. It throws you in medias res, which, while an initially confusing prospect, is alleviated by the expository opening cutscene. While the myriad of characters introduced in this portion of the game is poorly explained, the general gist of the overall narrative is understandable. Thrown into the midst of a conflict, we witness the death of a once-beloved king and the attempted murder of his son. Taken to safety by a house reliant on democratic rulings to make all decisions, they must conclude whether or not to relinquish him to the enemy and deal with whatever consequences lay behind their decision.

Project Triangle Strategy’s narrative isn’t bad, per se; it’s just entirely forgettable. We are once again experiencing multiple factions, all of whom have a specific unique trait that deems them a target, warring with one another, while integral characters are caught in the midst. It’s Fire Emblem: Three Houses all over again, although this time with far longer cutscenes. I feel this story could fare a little better if I were playing the game from the beginning. However, even then, I still strongly doubt that it would be of any note.

The point in which we’re thrown into the narrative is supposedly the middle of the game, or Act 2. However, it very much feels like the beginning of an epic fantasy story. My guess is the beginning of this game, not unlike Octopath Traveler, is a significant amount of character building and filler. This could potentially be fine. However, it will mean that the overall narrative ultimately relies on Act 2 to successfully introduce the main plot. So far, I do not care for it.

Cutscenes And The Art Of Storytelling

Furthermore, the narrative is let down by a multitude of poor design choices and narrative decisions. Foremost, the dreadful English voice acting falls flat where emotions should rise. When most of the game is excruciatingly lengthy cutscenes, the low-effort voice acting makes it a chore to plod through. To make matters worse, these cutscenes are broken up in a confusingly redundant way. Like Valkyria Chronicles 4, you’re brought back to the main map screen whenever a cutscene ends. Selecting the next “main mission” will simply reward you with yet another cutscene. It breaks up the narrative in a way that doesn’t add anything but frustration. It’s entirely redundant, as all it adds is two additional loading screens in between cutscenes and the player tapping A. How fun!

Additionally, considering how both main missions and the additional side stories are just mini-cutscenes, you will spend most of your time watching static characters talking to one another. I’m a big fan of narrative-heavy video-games; I’ve written about them a lot on this site. My issue isn’t that the game is narrative-heavy, more so that it is heavy on a boring narrative told in the most basic manner. There’s nothing less riveting than watching one barely recognisable character nattering away to another while remaining entirely motionless.

I’d be amiss if I didn’t mention Project Triangle Strategy’s focal feature: player choice. Throughout the course of the demo, you have the opportunity to choose between various dialogue options. These can affect how other characters see you, what decisions they’ll ultimately make, and whether or not characters will join you in the future.

In the demo, you must choose between exiling the prince or fighting for his life. I opted for what seemed like the more canonical choice. But, to Project Triangle Strategy‘s credit, I have a feeling the other would lead to an all-together different set of circumstances. The issue is that I had many reservations about going back to see what the consequences of the alternative choice would be. As cutscenes are arduously long and poorly voice acted, a second playthrough seems entirely unwarranted, even with the ability to fast-forward through cutscenes.

Combat And Failing To Understand Innovation

On top of all of this drudgery, it is entirely unspectacular when you actually get to a fight. Combat in Project Triangle Strategy is no different from its predecessors, which is to say it’s entirely unremarkable. The only noticeable additions to Project Triangle Strategy’s combat is the addition of an Octopath Traveler mechanic. This, in essence, makes you wait a certain amount of turns to use stronger abilities as they require more points to use.

There’s also the addition of two units being able to attack an opponent simultaneously. However, this can be seen used in many early titles such as Tiny Metal and likely beforehand. It was a monotonous chore to complete either of the combat engagements I bothered to do. They did not incite in me the confidence I needed to warrant getting excited over this game.

“I still didn’t feel as if any of my characters were significant in any way.”

Unfortunately, there is little differentiation in-between each of the possible fighters you get to control. No character felt notably stronger than the others, nor more unique in terms of abilities. Choosing between which fighter to send forth didn’t feel as strategic as it should have done. The only time I felt as if I were adopting any form of a strategy was during the second fight, where I used Project Triangle Strategy’s height-based mechanic. By elevating certain units, you can get a bonus to range. This certainly helped a little, but as I only had three ranged units (two of whom were restricted in using their ranged abilities), I never found much use for this mechanic.

Project Triangle Strategy may introduce more abilities and characters as the game progresses. But seeing as the demo was set a good few hours in, that implies the introduction will be a truly arduous slog to venture through. Despite learning some new abilities within the demo itself, I still didn’t feel as if any of my characters were significant in any way.

Fighting the opponent’s units is a lengthy task that requires the use of several units. Like most JRPGs, even the most basic of opponents require a solid twenty hits in the forehead before they get the picture and die. Except where that makes sense in a turn-based JRPG, in an SRPG where you are accosted by a horde of angry soldiers every battle, it’s easy to get quickly overrun and defeated.

Project Triangle Strategy And Being Deleted From My Switch Library

To add insult to injury, the soundtrack is entirely forgettable. Compared to Octopath Traveler’s incredible score, Project Triangle Strategy’s blended into the background, making it bereft of any real emotional impact. Once I’d finished the demo, I went back and listened to Octopath Traveler’s soundtrack. It’s an incredible mix of emotionally poignant tracks, light-hearted jigs, and bombastic battle tracks. The first note would play, and I’d instantly recognise it. Playing Octopath Traveler was truly a delightful experience, primarily because of the music. Project Triangle Strategy fails to capture the same magic that its predecessor did by merely being banal. It’s entirely devoid of any real poignancy or life. It is entirely forgettable.

Unfortunately, the visuals suffer from the same fate. Perhaps it is because Octopath Traveler, and others, have already illustrated what this visual style can do. As such, it is far less spectacular in Project Triangle Strategy. But where it added to the exploration and sense of adventure in Octopath Traveler, it feels entirely indifferent in Project Triangle Strategy. It is merely a superficial gimmick as opposed to adding anything meaningful to the title.

Alas, Project Triangle Strategy is a perfect example of the tired and unimaginative JRPG/SRPG titles coming out in our contemporary gaming sphere. It strips away all of the features that made Octopath Traveler great and struggles to innovate where it failed. It is an utterly unspectacular title that offers little value. While it is a long way off its release, I highly doubt Project Triangle Strategy will improve that much. To do so, it would need to relinquish the past it so tightly clings onto, and frankly, I am doubtful they’ll alter anything of significance. Hopefully, if anything, they change the name; it’s terrible, just like the game.