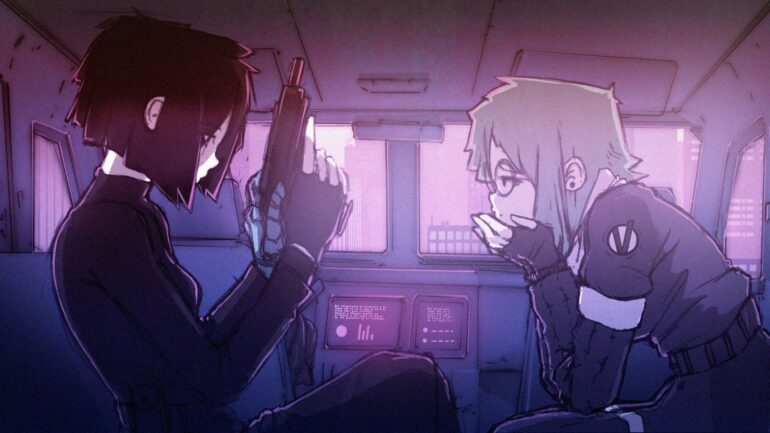 Synergia is a cyberpunk visual novel centred around the romantic relationship of a police officer named Cila and her android partner named M.A.R.A. It’s a gorgeous game that utilises its crumbling, corrupt cyberpunk world as a backdrop for a lesbian romance. I’m always excited to experience games that explore LGBTQ+ themes, as well as those that feature a fleshed out cyberpunk world. Synergia’s certainly reminds me of Ghost in the Shell, from both its visuals and plotline. It launched back in July of 2020 on Steam, and has since accumulated 90% positive reviews. Fortunately, PlayStation 4 players will now get the opportunity to delve deep within its world and meet its nuanced characters later this week.

Synergia is a visual novel centred around a veteran police officer named Cila who’s state of depression and anger issues have made her feel downtrodden and forlorn. That is until she meets M.A.R.A, an android officer who replaces her usual one. As their budding romance quickly blooms, a powerful corporation named Velta Labs begins to show interest in M.A.R.A. Meanwhile an encroaching conflict looms in the distance. This is a deep and thoughtful title about a blossoming love-story, a world torn asunder, a shadowy organisation, and the android who can fix it all. Here’s everything you can expect when Synergia launches on PlayStation 4 later this week:

Synergia is releasing on the PlayStation 4 this March 18th, and will be available for $14.99/£14.99. If you’re still unsure then you can head on over to Synergia’s Steam store page to try out a free demo. Will you be picking up Synergia when it releases this week? Let us know down in the comments below!