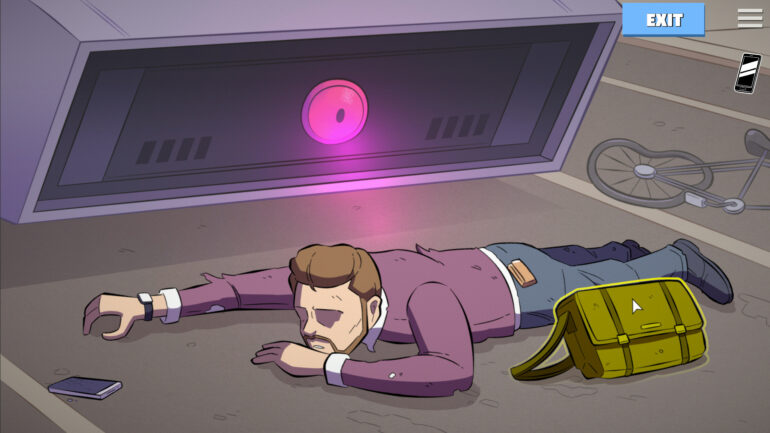 From an ex-AAA developer comes the mystery visual novel CRASH: Autodrive. Having previously worked on titles such as The Last of Us: Part II and Titanfall 2, David Shaver, the founder of Studio Nightcap, has moved to working on indie projects. A prologue was released back in August of 2020, which allowed the player to experience a snippet of the overall game. Shaver has spoken about his desire to shift from the AAA market, and move onto smaller projects with which he can build his studio upon.

““CRASH: Autodrive is my first game since leaving the large AAA teams and striking out on my own. I’m very excited to take all of that high quality AAA game making experience and apply it to my own smaller and more intimate games […] I know this game is very different from previous games I’ve worked on, but I’m starting small and building up from there. My hope is that people will fall in love with the characters and be intrigued by the timely self-driving car “What if?” tale I’m telling.”

What Is CRASH: Autodrive?

CRASH: Autodrive is a mystery visual novel centred around a murder involving a self-driving Autocab. Players will take on the role of Emily Knight, a down and out college student who is tasked with investigating the murder alongside the three other passengers. This is a story with a diverse and colourful cast of characters, puzzle-solving and some lies to contradict. Here’s some of what you can expect in CRASH: Autodrive:

CRASH: Autodrive is available right now over on Steam. It costs $9.99/£7.19, but currently has a 20% discount for the rest of the week. Head on over to its Steam store page for more details, or to download the prologue demo so you can try before you buy. Does this sci-fi mystery novel catch your eye? Let us know down in the comments below.