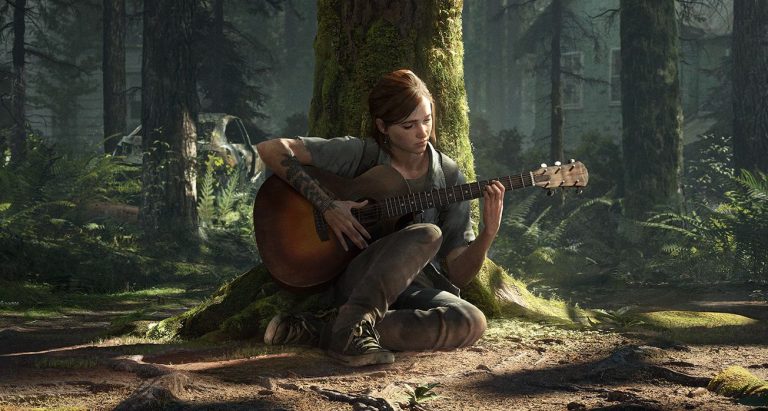 The Last of Us, released in 2013, is regarded as one of the greatest games ever made. Almost everyone who has played it loves it. The main characters Joel and Ellie rank as one of the best duos in gaming. This left big shoes to fill for the sequel, The Last of Us Part 2.

There is a lot worth talking about with this game. Naughty Dog put a tremendous amount of effort into almost every aspect of this game, but first, I must speak about arguably the most crucial part of The Last of Us 2, the story.

The sequel begins five years after the events of The Last of Us, as you continue the story as a 19-year-old Ellie. Early on, tragedy befalls a loved one of Ellie, and she vows revenge against the perpetrator. Along with her lover Dina, they set off on a journey to track them down.

“There were some great moments within Ellie’s story.”

This is a decent spoiler I need to mention before continuing- but after you complete Ellie’s story, you then spend the next half of the game playing as the character Ellie is tracking down – a WLF soldier named Abby.

First, I’ll talk about Ellie’s story. Ellie’s quest for revenge is much more focused than that of Abby’s story. To track Abby down, she must track down the other members of Abby’s group after her heinous act took place.

It was great to play Ellie, as she was the real main star of the original. In the sequel, Ellie seems a lot more toned down in terms of her personality and attitude. It’s understandable considering what she had to go through, but I certainly miss that unrestrained sassiness that we saw from Ellie previously.

There were some great moments within Ellie’s story, but also some weaker moments too. The main highlight for me was the small open-world area, very reminiscent of Uncharted: Lost Legacy. Here, you get to explore a decent-sized area filled with optional secrets, and it was genuinely fun to investigate thoroughly. Naughty Dog needs to keep doing this in their future narrative games because it works great here and in Lost Legacy. The only thing is there are only one of these areas in the whole game, and I would have appreciated it more. Another highlight is the Museum flashback, and I think it’s even better than the giraffe scene in the original.

“The ending is anticlimactic.”

Apart from that, the rest of Ellie’s journey is pretty linear. My main issue with Ellie’s story is that one part of her search yielded no results and felt like a complete waste of time. If there’s one thing I hate about any narrative, it’s that feeling of no natural progression and the characters having to start from square one again. This only happened once, as every other part of her story progressed in a much more meaningful way.

But that wasn’t even my main gripe. Towards the end (that being, halfway through the game), Ellie makes a baffling decision that ultimately renders her journey pointless. It’s how easily she came to this decision that had me scratching my head, almost in frustration. But at least things ended with a dramatic cliffhanger that got my interest right back in, leading me to the next shift of the game’s focus – Abby’s story.

It’s understandable why some people won’t be happy having to spend the second half of the game playing as the perceived villain. I found Abby’s story far more interesting than Ellie’s. It may have been less focused, but it did naturally grow into something rather fascinating. Abby was also quite an interesting character, especially in the different ways, she is portrayed.

This is where I give Naughty Dog huge props, as they’ve done a masterful job of blurring the lines between hero and villain. It’s an extraordinarily ambitious and bold form of storytelling. Regardless of anyone’s thoughts of this particular game’s characters and story, I think every developer should take note and not be afraid to take risks like this.

“My main take-away from the story was the idea of perspective.”

Even though Abby’s story already held my interest more than Ellie’s, it was the build towards the end that captivated me. We already know what happens up until a certain point, but the end of Abby’s story ramped up the momentum to a fever pitch, and I was on the edge of my seat in anticipation. But does the game’s conclusion live up to what was built? Sadly I’d have to say no. Like what I said about Ellie, Abby proceeds to make a certain decision that doesn’t make any sense at all.

Without giving too much more away, the game continues afterwards, and while there are some great moments, the ending is anti-climactic. I felt like the entire story was for nothing. I wasn’t expecting or necessarily needing a happy ending, but it all felt very unsatisfying with little closure.

Understandably, the game is trying to deliver a specific message about violence and revenge cycles, and I think it was delivered well enough for the most part. But I think it could have been delivered while also telling a more satisfying story, as it would have had a lot more impact. It was as if the characters were there to drive home this message rather than build up the characters, which created a little bit of a disconnect.

My main takeaway from the story was the idea of perspective. When we play as a character, we generally see them as the “good guys” and our enemies as the “bad guys”. The Last of Us Part 2 tries to change that perception, which was probably my favourite part of the whole experience.

Naughty Dog has given us some gorgeous games, and The Last of Us Part 2 is no exception. In fact, it’s one of the best looking games of this generation. Environments look not only realistic but are full of little details you can’t help but admire. Whether it’s outside or indoors, Naughty Dog put effort into making this game’s world look incredibly lifelike.

Every character, like the environment, looks realistic. Facial animations are spot on. It’s impressive how the main characters’ facial animations change depending on the situation and their mood. This is referring to gameplay, not necessarily cutscenes, making it all the more impressive. If they’re feeling angry about something or scared, you’ll see it on their face if you spin the camera around and have a look.

Like the original, the atmosphere is just as great as you might remember. Those dark spore-filled indoor areas feel as creepy as ever before. It didn’t feel like there were as many of these areas because the story doesn’t focus on the infected anywhere near as much, but they are still scattered through the various locations you visit.

“The idea of having to kill dogs did fill me with sadness.”

The Last of Us Part 2‘s gameplay is a step up from the original. Each area you traverse is much bigger and less linear than before. Outside of combat, you have plenty of optional places to explore, filled with materials and ammo to scavenge. The ability to smash windows to enter buildings to start your looting was an enjoyable feature. But because there are so many more places to explore, it does stretch out your playtime, and you’ll find yourself filled to the brim with materials, so a bit of balance was probably needed there.

The impressive world design made areas feel more natural, even though they had to be designed within the constraints of still being a video game. One thing I found puzzling (no pun intended) was the lack of environmental puzzles. The original game had a decent amount of them, but there were enough to break things up. The Last of Us Part 2 does introduce a new rope mechanic, allowing you to throw a rope to progress through situations, but it was undoubtedly under-utilized. I enjoyed every section that involved a rope, and it had real potential to have some great puzzles, but unfortunately, I could count on one hand the number of times Naughty Dog used it.

In terms of enemy encounters, you’ll still be stealthily making your way past enemies, but now, more have been added to enhance this part of the game. You can now go prone and crawl your way through tall grass. Stealth was already done well in The Last of Us, but this one extra move made it more immersive and tense.

Combat itself remains more or less similar to that of the original. There are some new weapons introduced, but nothing else that can be considered a major change. That is in terms of your arsenal, but enemies have certainly upped their game.

In an attempt to humanize the NPCs, enemies will call out their fallen friends names after you have killed them. While this increased the game’s immersion, I never felt bad for killing them, but maybe that’s just me. Except there was a new form of enemy – the dog. I love dogs, and the idea of having to kill them, along with hearing their names called out, did fill me with sadness. It’s just another level of detail we’ve never seen before, and it shows just how much work was put into this game.

Sometimes the enemies felt like human beings as they thoroughly searched the area when they suspect you’re around. I felt like I had to play smarter if I wanted to get past them all. But sometimes, they felt less human when I stealthily creep up them to take them out when I’m almost in clear sight of them. I’m not complaining too much, though, as it did make it easier to clear them out. 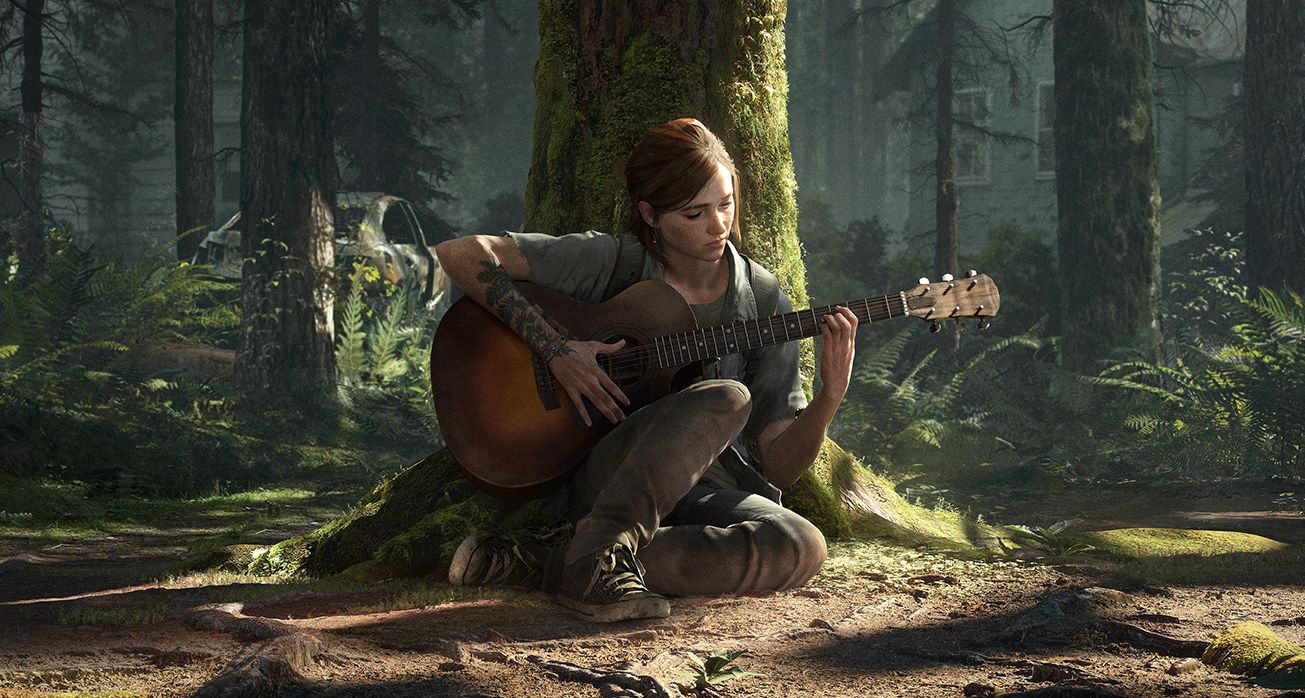 The Last of Us Part 2 Review
Summary
Even though some issues prevent me from calling The Last of Us Part 2 a true masterpiece, this game is still an achievement in game design. The visuals, gameplay, voice acting, animations, and presentation remained at the original game's high bar, even surpassing it. Naughty Dog has shown the ambition and boldness that I’d like to see more AAA studios offer.
Pros
Intelligent NPCs
Impressive World Design
Risky Narrative
Cons
Unsatisfactory Ending
Debatable Narrative Choices
9
Amazing