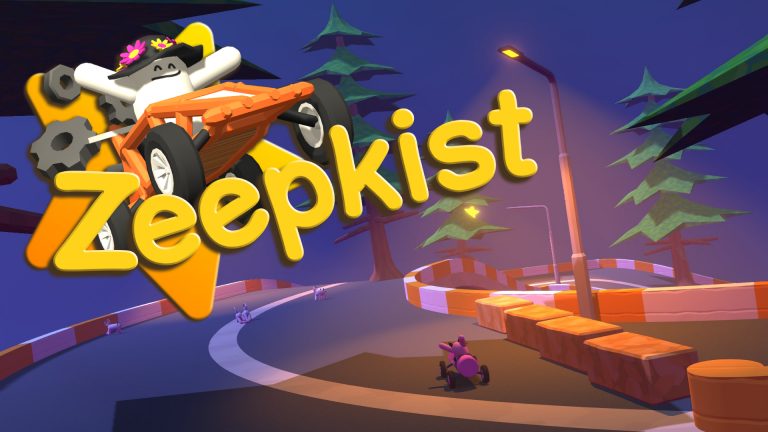 Zeepkist: A Classic In The Making – Early Access Review

When I covered Zeepkist back in January, I felt hopeful that it would turn out to be something special. The game looked fun, colourful, and unique enough that I jumped at the opportunity to review it. Having now played it for a long time, I feel both simultaneously joyous and let-down. While I’m convinced continued playthroughs will elicit more of the former emotion, I still have a niggling feeling that Zeepkist isn’t everything I had hoped it would be.

“Each level is a bright, colourful, and creative track that you must navigate and beat within a certain time frame.”

The adage is that everything is better with friends, and I feel that the saying could be applied to Zeepkist. Unfortunately, I don’t have any, so I played Zeepkist solo. I was worried that it would be a co-op heavy title; however, while there is co-op content, this is primarily a singleplayer game. There’s a lot to do as a friendless person including a comprehensive campaign, a loaded level-editor, and countless customisation choices, so I found myself occupied for a solid few hours, with plenty of stuff to go back to when I next boot it up.

Zeepkist’s campaign is where you’ll likely spend your first few hours. There’s not really a tutorial; instead, Zeepkist tells you its fundamental and intuitive control scheme and throws you into its first level. Each level is a bright, colourful, and creative track that you must navigate and beat within a certain time frame. Occasionally I’d win by just the skin of my teeth, passing the finish line with 0.234 seconds to spare. However, more often than not, I’d lose by 0.234 seconds, which would encourage me to preserve and try the level again.

Restarting is a straightforward and streamlined process that is perfect for this type of game. At any point during the level, you can hit right-shift, and it’ll reload the level from the beginning. It takes just a few seconds before you’re barrelling down the hill again, heading straight towards the same box you just crashed into.

You can customise your character with different colours, soapbox karts and silly hats. With each campaign mission you play through, you’ll unlock a new cosmetic which can then be used in the co-op free-mode. Some of the items you can unlock, especially the karts, are really nicely detailed and very varied. My favourite was a pancake-themed kart which had giant pancakes for wheels. Good fun.

“Unfortunately, I never felt that Zeepkist committed to the zaniness its premise proposes.”

The campaign has a good amount of levels too and will take you a while to get through, especially if you’re as good as me. Each level feels fair for the most part, carefully laid out so that you’re not cheaply thrown into a box as you turn a corner. The excellent physics-system in Zeepkist is a lot of fun, and you will see your kart propelled into the air if you don’t control your speed. Watching as the little guy was flung fifty feet away, his perpetual smile plastered to his face as his arms wiggled about was a lot of fun. Some tracks were more challenging than others, and some tracks that felt like repeats of previous ones, but overall there was a decent balance and a lot of fun to be had.

Unfortunately, I never felt that Zeepkist committed to the zaniness its premise proposes. It’s not that Zeepkist isn’t fun as it is, it really is. It’s just that I felt as if it could have littered the tracks with more creative and fun distractions or obstacles that could have made them pop a little more. Crashing in Zeepkist didn’t feel as wacky as I had hoped it would, and while it was never frustrating, it didn’t feel satisfying either. This game isn’t as difficult or challenging as Goop Loop, but it also doesn’t offer the cathartic release that game did either. Crashing in Zeepkist does make you want to keep playing, especially thanks to its fast restart system, but it wasn’t laugh-out-loud humorous or ridiculous either which I had hoped it would be.

There is clearly stuff missing from the game, but that comes with the early access territory. The main game is pretty much all there, and I didn’t encounter any bugs or glitches or what felt like unfinished gameplay. It’s all very refined! The only major thing that was missing was the music. It’s eerie at times playing Zeepkist, and it forced me to put on the Weekly Planet Podcast out of loneliness. What happened to the charismatic and incredibly catchy kazoo infused music from the trailer, by Duncan Steven, that truly captured the essence of Zeepkist?

It also lacks some sound effects that I feel would make the game better, although those present are funny, especially the sound your character makes as they’re flung into the air. Of course, all of this stuff will be added, and there’s even a handy sign on the campaign map letting you know that the game’s music is on its way.

“This is only the beginning of my Zeepkist track-making career, as I really enjoyed messing around with the tools on offer”

Zeepkist also has a level editor which is a lot of fun. I previously compared it to Lego Stunt Rally, and I stand by that. It’s complicated enough that you could have hours of fun with it, and there are enough track blocks to utilise that you could make some awe-inspiring tracks. So far, I’ve only developed a few basic tracks, but I know this is only the beginning of my Zeepkist track-making career. I thoroughly enjoyed messing around with the tools on offer, especially toying about with the verticality of tracks. While there is no tutorial (just some on-screen text explaining the control scheme), it is easy enough to use and, eventually, I was an absolute pro at it! Well, not quite, my track sucked, but I had a lot of fun making it.

Finally, there’s the co-op mode, which as I said, I didn’t get a chance to enjoy. You can play it solo, and it essentially allows you to play through tracks that you’ve made or unlocked throughout the campaign. The more of the campaign you do, the more tracks and cosmetics you’ll be able to use in the co-op mode.

This is fine, in theory, but the length of time it took me to even get through half of the campaign means that if you wanted to enjoy every premade track with friends, you’d have to sit through the campaign alone first. I really did enjoy my time with the single-player mode, but I feel like it would be annoying for my (non-existent) friends to sit around waiting for me to complete it. Conversely, it does encourage completing and playing the campaign mode and making your own maps, so there are pros and cons to this approach.

I can tell Zeepkist will achieve great things, and I will be closely watching its development over the next few months. This dutch-infused soapbox racer is oodles of fun, and I highly recommend you check this one out! 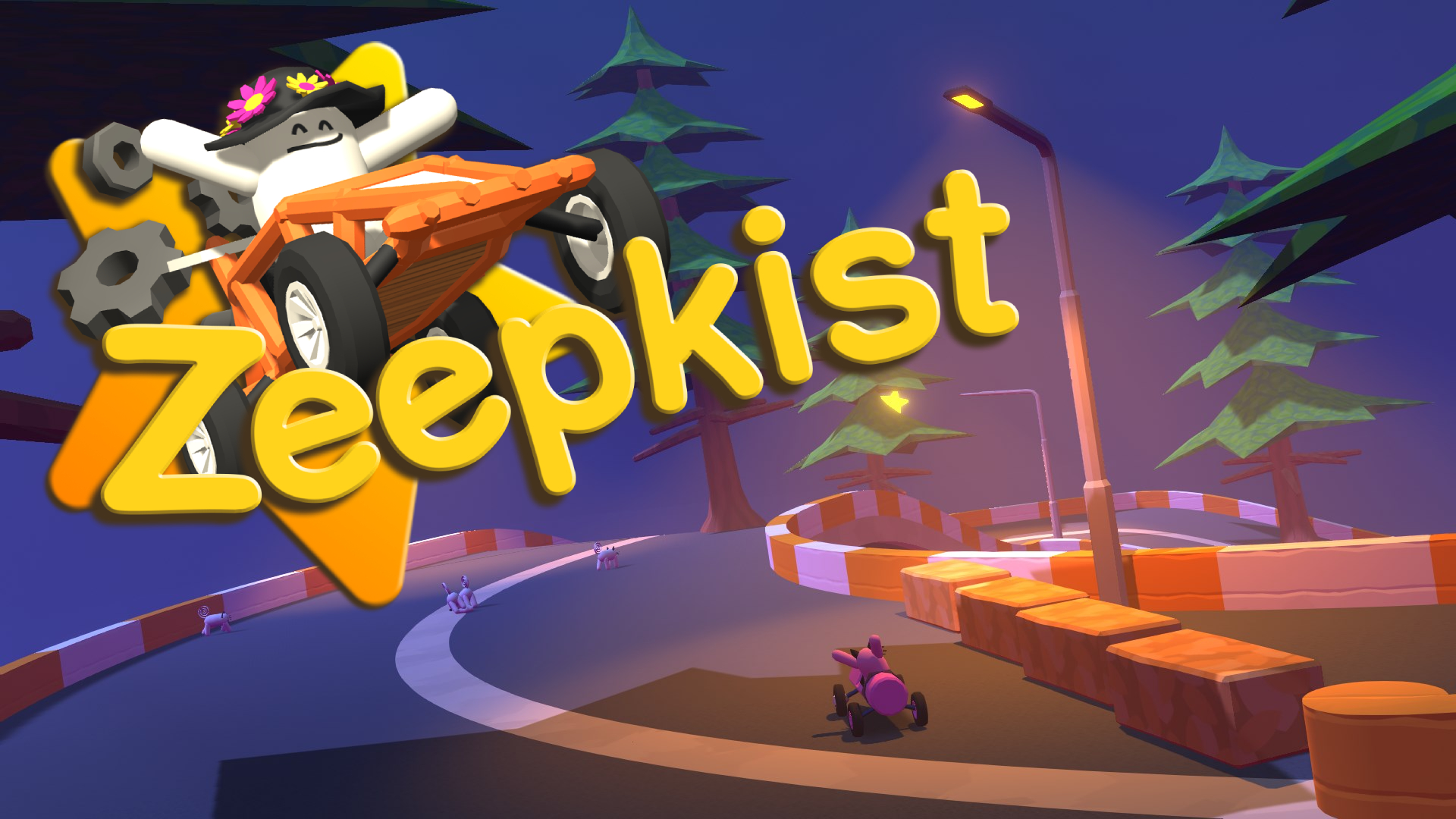 Zeepkist Review
Summary
Zeepkist is a colourful, charming, cheerful game with a lot on offer even during this early stage of its production. Buying it now will give you a lengthy campaign, a fleshed-out level-editor, and a co-operative mode to play with up to three friends. You're not getting cheated out of your money here, especially as the game is relatively cheap right now. As it stands, Zeepkist didn't quite have the wacky zaniness that I had hoped it would, at least not to the degree that I had wished.
Pros
Excellent Physics-System
Plenty of Content
A Lot of Potential
Cons
Not Enough Wackiness
No Easy Co-op
Lack of Music
7.5