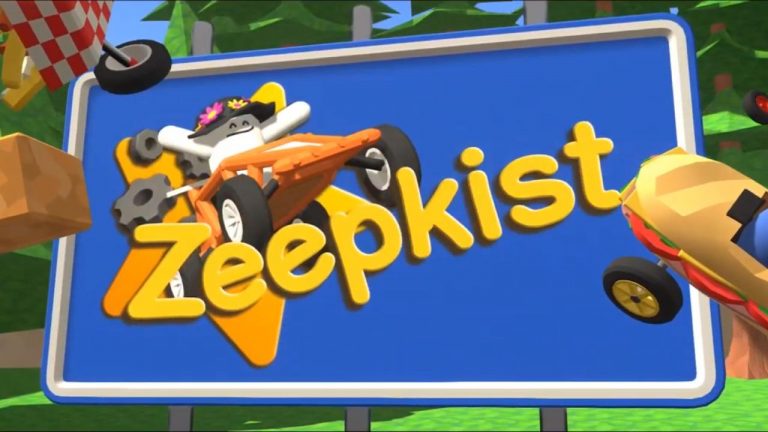 Zeepkist, which is soapbox in Dutch, is an exciting new physics-based soapbox racer, and it blends Geurts’ favourite facets of games. These include 4-player-split-screen, and a little Dutch cultural flair to spice things up.

The game includes a singleplayer campaign adventure, customisable wacky-looking characters, and what looks to be an insanely detailed level editor (anyone else getting Lego Stunt Rally vibes?) You also get to shoot trees out of a gun, what more do you want?

The game’s colourful visuals complement its over the top, physics-based gameplay, and you’ll find yourself whizzing around the tracks and likely crashing once or twice. Okay, quite a few times.

Using gravity and momentum to keep your speed going, you must find the perfect racing line to shave off those last few milliseconds. In a race against time, physics, and perhaps even your friends, you’ll be zooming around the track like it’s nobody’s business.

The game launches on Steam on the 28th (which just so happens to be Geurts birthday) in Early Access and includes English and Dutch localisation. He plans to keep it in early access for two years and will add more features such as a replay system, a more fleshed out adventure mode, and more track pieces, soapboxes, hats, etc. Check it out over on Steam, and if you’re still not convinced (how?), have a look at their trailer at the top of the article.