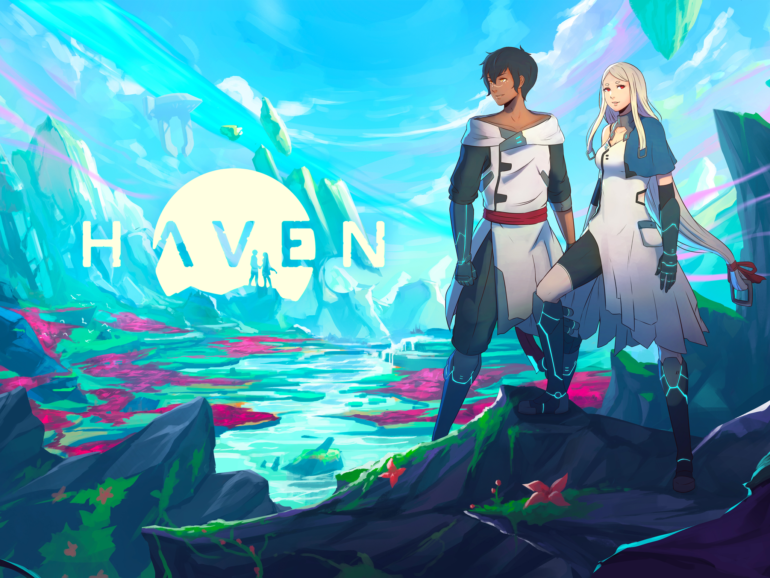 In Haven, players will control both Yu and Kay as they whiz and glide around a world torn asunder. You must collect resources to repair your ship, improve your home, and for those romantic cooking sessions! Explore a relatable and realistic love story between two lovers who are doing all they can to fend off those who seek to tear them apart. You’ll explore a beautiful world, fight off enemies in real-time while relying on your tactical sense and timing, all while listening to a stunning original soundtrack by electro musician DANGER!

Haven has been out a while on Steam, the Xbox One, and the Xbox Series X, as well as on Xbox Game Pass. While on those platforms its garnered critical acclaim from your average joe to your bonafide critic and sits at a very cosy 93% positive rating on Steam. After listening to feedback from players, The Game Bakers took all the time they needed to ensure the PS4 and Switch versions were the best they could be! The Switch version can be played co-operatively with a joy-con each, which is always a welcome addition!

If you’re in the mood for a “Journey and Persona” inspired romantic space adventure, then this might just be the title for you! If you were waiting for it to drop on PS4 and Switch, then what are you doing reading this, go on, go buy the game already! Check out Haven today on all platforms!