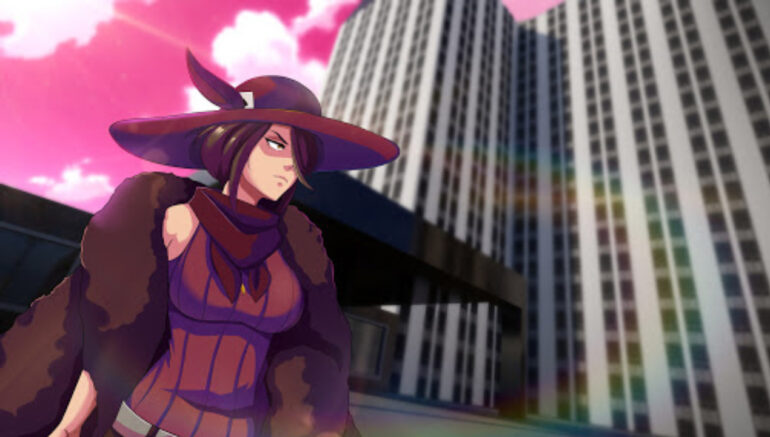 After working on the well-received indie title Flat Kingdom, the lead developers went on to form Megalixir Games. Their goal is to bring unique and varied visual novels to multiple platforms, with their debut title being Sol Dorado Heist. Focusing on a mystery centred around a heist, this visual novel is “inspired by the craziest telenovelas” and is set to be a “wild” ride.

What Is Sol Dorado Heist?

Sol Dorado Heist is a mystery visual novel that puts the player in the role of Alex Thorn, an amnesiac who remembers only that she’s been robbing casinos with an elusive criminal known only as The Silent Ace. Now, with the police on her tail, Alex must solve the mystery of her past, all while attempting to prevent The Silent Ace from robbing “the biggest casino in town”. You guessed it: The Sol Dorado. Here’s everything you can expect when it releases in April:

Sol Dorado Heist launches onto Steam this April 23rd. Unfortunately, no price has been announced as of yet. Head on over to its Steam store page to wishlist it and be notified whenever new information drops. Does this look like your sort of visual novel? Will you be cracking the case, or codes, when it launches late next month? Let us know down in the comments below.