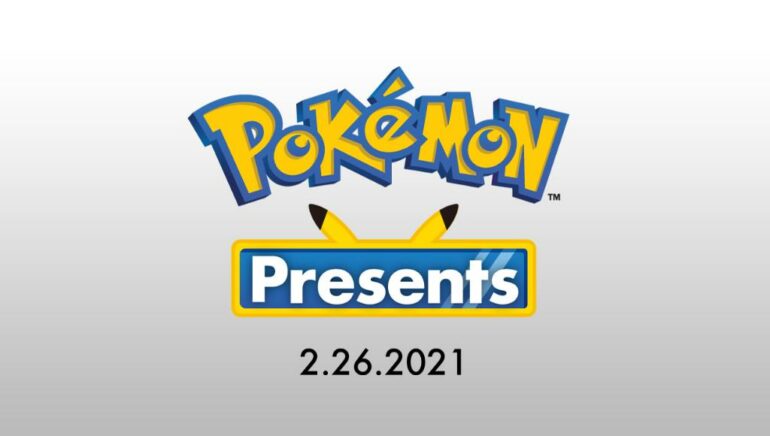 The Pokémon Company has announced that there will be a Pokémon Presents on its YouTube channel tomorrow, revealing information about the franchise’s upcoming plans. This video presentation premieres on Friday, February 26th, at 3 pm GMT.

The Pokémon Company has provided no additional information as to what information it will contain. However, we are hopeful that the presentation will include plans for the upcoming Pokémon franchise’s 25th anniversary. In the past, the Pokémon Company has used these Pokémon Presents to announce main series titles and other forthcoming projects. The Pokémon Presents video presentation will last a total of 20 minutes, putting a cap on what we can expect.

What Can We Expect?

Fans of the franchise have patiently waited for a Pokémon announcement after the franchise’s absence from the recent Nintendo Direct. The Pokémon Presents is to coincide with the 25th anniversary of the Pokémon franchise, which is the following day, February 27th. We are most likely to receive updates on a few previously announced projects. These include information on the new Pokémon Snap and the divisive Pokémon UNITE. Along with the announcement of a few highly anticipated new projects like a Generation 4 remake and the next main series title.

With all the anticipation and buildup surrounding the anniversary, the Pokémon Company will likely use the Pokémon Presents to announce a new set of games. It has been rumoured for years that Game Freak is developing remakes for Pokémon Diamond and Pearl. Following leaks over the past year, they have been all but confirmed to be releasing soon. This is exciting news here as we love the Gen 4 Starter Pokémon.

There is also the potential of other games being revealed, such as a sequel to the Pokémon: Let’s Go games series or perhaps a bundled Pokémon game for the Nintendo Switch comprising several titles. As we approach the aforementioned anniversary, the Pokémon community is buzzing with anticipation in the hope of not being disappointed.