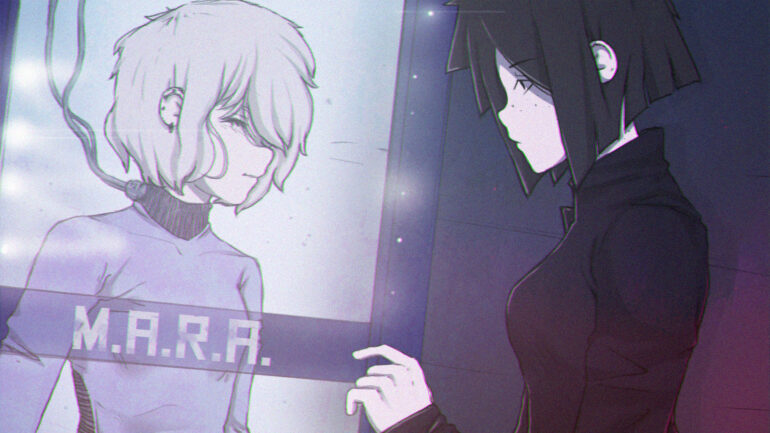 Synergia: Go For The Story, Stay For The Characters – PS4 Review

This review marks my 200th article for The Game Crater. I was ecstatic to share that achievement with Synergia, a visual novel I was extremely excited about. From the moment I first covered it, to the umpteenth time I watched its slick, atmospheric trailer, Synergia never failed to impress. Unfortunately, upon further inspection, Synergia is a superficially beautiful title. While its heart-warming romance is handled excellently, its mind-numbingly confusing narrative asphyxiates it.

“The cyberpunk aesthetic has never looked so unique.”

I want to start positively, as Synergia has a lot going for it. First and foremost, Synergia’s art is truly incredible. Blending both the art-styles of Jamie Hewlett and Masamune Shirow, Synergia offers a unique spin on an overwhelmingly stale genre. The cyberpunk aesthetic has never looked so unique. Each illustration offers not only a glimpse into the larger world that Synergia inhabits but also into the minutiae of its character’s emotions. While often lacking in specific background details, this only allows for the foreground detail to be showcased all the more. It is genuinely impressive and ensures that this visual novel’s “visual” aspect is of the highest quality.

Similarly, Synergia’s music by Andy Andi Han suits the tone and atmosphere set by the outstanding visuals. It complements them in a way that never felt intrusive or underwhelming. There are subtle tracks that orchestrate the majority of your journey and more heart-pounding themes whenever the story throws a twist your way. It’s a wonderfully unique soundtrack, one that is both familiar and entirely distinct. Despite borrowing elements from certain tropes, it manages to infuse new ideas and motifs into each track.

“Despite Synergia insisting that it’s overarching narrative is of any consequence or interest, it’s so poorly telegraphed, by the time the credits rolled, I had lost all interest in it.”

Unfortunately, the same cannot be said about Synergia’s plot. It is a confused and bumbling mess that borrows too heavily from other titles while failing to understand their strengths. Synergia’s main weakness is the rate at which it divulges information or, more aptly, its overall length. Synergia starts strong, offering genuine insight and depth into its central protagonist. Story beats are slower and more thoughtful, with a greater narrative unfolding around them. Unfortunately, once the game hits its second act, the narrative’s pacing shifts and becomes a rushed affair. What this ultimately results in is a lot of exposition being offloaded onto the player. It expects you to not only understand everything that is unfolding before you but also care. I honestly did not.

Despite the game insisting that its overarching narrative is of any consequence or interest, it’s poorly telegraphed. Therefore by the time the credits rolled, I had lost all interest in it. Characters appear toward the beginning shrouded by a veil of mystery, only to be shattered by a wall of uninteresting text later on. To compare Synergia to a property it wants to imitate, such as Ghost in the Shell, it has the grace and gravitas of a Michael Bay film rather than a philosophical and slower-paced narrative.

“Subtly is key here, and unfortunately Synergia’s walls of text lack it.

Fortunately, the romantic subplot, and by extension, its characters, are handled excellently. Cila, the main protagonist, has a sufficient amount of depth to her that she never felt one-dimensional. Her interactions with others often felt genuine, and the relationships she forms with other characters across the course of the game felt substantial. Cila’s relationship with Mara is heart-warming and forms the real crux of the plot.

Their budding romance and ultimate passion for one another is great. Had that been the core focus of the title, then Synergia could have been something special. An illegal relationship (within the context of the game) set against the backdrop of a world at war with itself is genuinely interesting. The way Cila grows as a person and how that is shown, not told through the introductory sequence with Elaine, is brilliant. It’s just a shame that Synergia couldn’t commit to just this plotline.

Ultimately, Synergia is a mixed bag. While its incredible art, music and character development create a world and narrative of their own, the often cumbersome overarching plotline drags everything down. The last hour of the game is a chore to get through as it introduces too many concepts and characters that it feels like an entirely different title.

Instead of building upon the Kyle and Darla subplot or concentrating on Cila and Mara’s romance, the game shifts its focus onto a bigger, more ambitious plotline. Subtly is key here, and unfortunately, Synergia’s walls of text lack it. It is, however, relatively short, clocking in at around 2 or 3 hours. While it’s price point doesn’t entirely match its length, it isn’t too high either. Ultimately I feel as if you get your money’s worth.

*Disclaimer: Reviewed on PS4. The publisher provided the code. 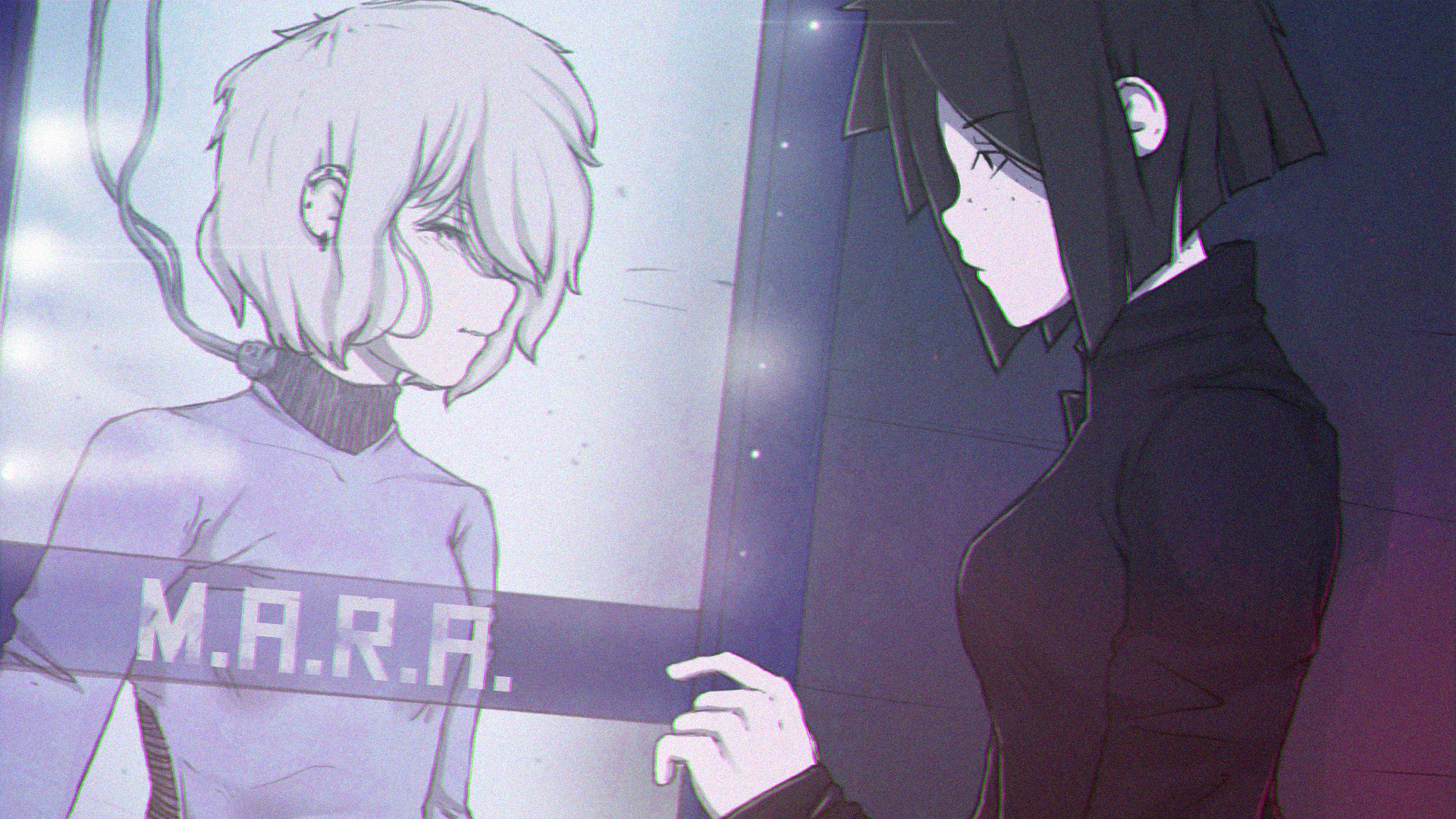 Synergia Review
Summary
While Synergia features gorgeous artwork and music, it is unfortunate that the same level of quality has not been afforded to its writing. Its narrative is overly confusing and offers little insight into its world up until its final moments. It relies too heavily on long sequences of unfiltered and uninteresting exposition to convey its plot, which borrows too heavily from other properties. Fortunately, its characters are handled excellently and offer some genuine depth to the overall narrative.
Pros
Stunning Visuals
Great Soundtrack
Great Characters
Cons
Confusing Narrative
Inconsistent Pacing
Poor World Building
6