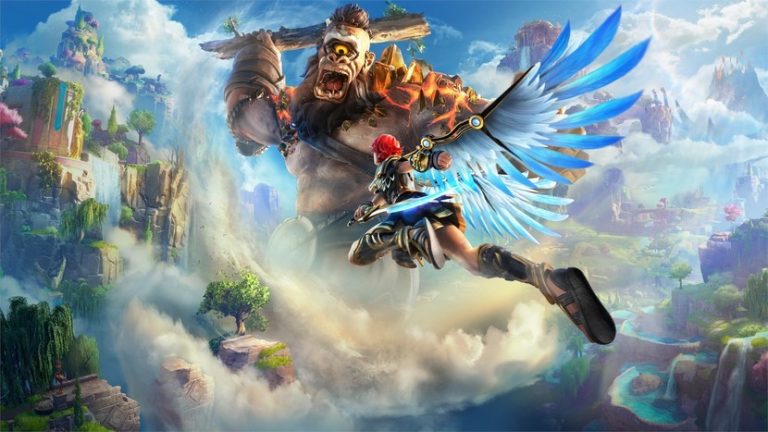 Released in December 2020, Immortals Fenyx Rising came to all current-gen consoles, and from announcement to release, there wasn’t much time in between. This makes sense considering it feels like the result of gutting Assassin’s Creed: Odyssey of most of its mechanics and animations. Even with doing that, it’s still a bit of a buggy mess.

You play the game as Fenyx, a scrawny young man/woman of your customisation. I played as the woman version so I’ll be referring to Fenyx as her. It’s not her story for 90% of the game it’s all framed as Prometheus telling Zeus about Fenyx’ story and how she became an immortal. Prometheus and Zeus have this whole “witty” back and forth all game, quipping here and there about your progress. I have to say the dynamic between the two is outstanding. A very no-nonsense story from Prometheus, while alpha-chad Zeus heavily criticises it.

The last fight is the only part of the game purely from Fenyx’ perspective, and it doesn’t feel any different from the rest of the game. The loss of narration isn’t missed because there are plenty of moments where the narration stops. Working it into the plot with an engaging manner must have been hard, but Ubisoft has managed to pull it off flawlessly.

“Why, in so many games, is the dialogue just snarky quips?”

I’m certainly not the first to say this, and I definitely won’t be the last. Why, in so many games, is the dialogue just snarky quips? It almost works for this game because it’s very exaggerated, but does start to wear thin. At the start, it’s fun to watch Fenyx and Hermes banter with each other, but then the relationship doesn’t go any further than that. They spend the whole game being snarky with each other and I’m a little disappointed with the lack of character progression.

It works very well when the gods interact with each other, as they are all children of Zeus. Any siblings will tell you that giving your brothers and sister grief is the best part of having them.

“The game is missing that sense of character development.”

Typhon has taken the powers of the four gods by corrupting them. Aphrodite, Ares, Athena, and Hephaistos represent the game’s four main areas, each having their own distinct aesthetic and feel to them. The quests come from the gods, and all serve to get you to the end fight with Typhon.

It’s supposed to be an exaggerated coming of age story for Fenyx. She comes out of her brother’s shadow and becomes a great hero. Like I said earlier, there’s very little character development, Fenyx feels just as competent at the start of the game as she does at the end of the game. Initially, she’s timider and is searching for her brother so he can save everyone even though she’s a natural with a sword and is nigh untouchable. Although by the end she’s more headstrong, Fenyx is still a natural with a sword and near untouchable. The game is missing that sense of character development.

“The part of my brain that has back-alley deals in serotonin and dopamine lit up like a Christmas tree every time I did a task in the world.”

Exploring vaults in Immortals Fenyx Rising rewards you with Zeus’ Lightning. This is used to upgrade stamina for climbing, gliding, and using god powers. You explore the world for Ambrosia to upgrade health, and you find chests to get upgrade materials, armour, and new weapons. All the while completing quests to progress the storyline. That’s the gameplay loop of the game.

And it’s fun. It allows for even short moments of gameplay to feel worthwhile. I didn’t feel like I was wasting my time at any point because even messing around in the expansive open world was progressing Fenyx’s overall abilities. The part of my brain that has back-alley deals in serotonin and dopamine lit up like a Christmas tree every time I did a task in the world.

Weapons and armour all do the same damage no matter which piece you have equipped. Because of this, the variation comes from the secondary effects of the weapons and armour, Not only that, but you can have whichever piece of gear equipped and still make it look like other pieces you have in your inventory to truly make it customisable.

“Why are these textures slapping me in the face?”

Immortals Fenyx Rising features an enormous map dotted with a variety of challenges and puzzles. The Vaults of Tartarus offer a more linear puzzle experience, the Odysseus bow and arrow challenges are used to test your ability to thread needles, constellation challenges let you tackle them any way you want, and navigation challenges test your ability with the controls. There’s plenty to do. Each challenge is unique to itself and keeps gameplay feeling fresh and engaging.

The explorative world music is adventurous and epic. However, as the thick of the combat begins, monotonous battle music queues, taking away from the experience. There’s a lot of promise to the music. I just wish it was better utilised.

The game ran reasonably well and did so on day one, but the cracks are definitely there. I have experienced reoccurring crashes, which is always an inconvenience. It even crashed right at the end of the long drawn out boss fight, after I had already failed to beat it three times prior. Loading screens would sometimes freeze, forcing me to restart the game, and textures occasionally popped in and out. On many occasions I had to stop and ask myself, why are these textures slapping me in the face? 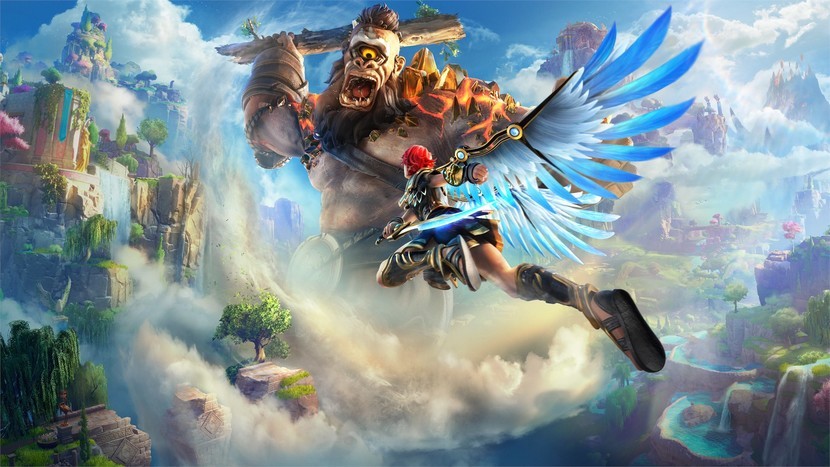 Immortals Fenyx Rising Review
Summary
Immortals Fenyx Rising‘s gameplay loop is addictive and engaging. The map is enormous with countless waypoints, leaving you with plenty to do. The lack of character development and the myriad of crashes, graphical glitches, and loading bugs I encountered, held the game back from its true potential.
Pros
Plenty to do
Rewarding Gameplay
Unique Challenges
Cons
Occasional Crashes
No Character Progression
Monotonous Combat Music
7