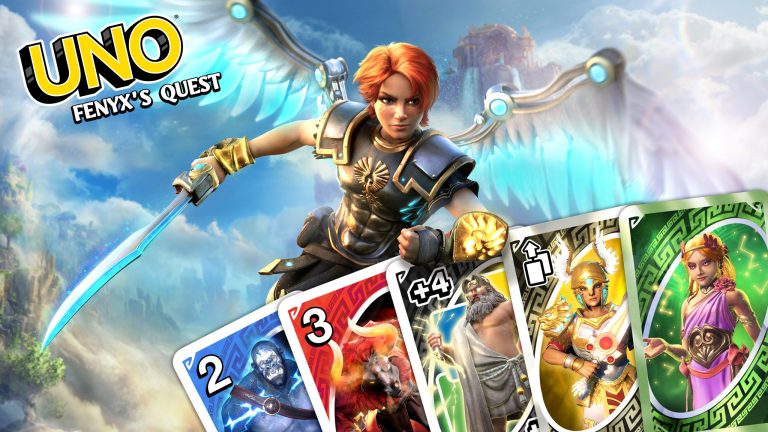 UNO Gets All Greek With Fenyx Rising Crossover Event

Ubisoft has announced that the console version of UNO is getting an exclusive Immortals Fenyx Rising DLC.

Available on PlayStation 4, Xbox One, Nintendo Switch, and PC, the DLC seeks to infuse some of the ancient Greek mythos of Immortals Fenyx Rising into the hit card game UNO. If you own a next-gen console (lucky you), you can still access this content via backward compatibility!

The DLC is bringing some of the most iconic elements of Immortal Fenyx Rising’s Golden Isle, including a vibrant Golden Isle-inspired board to drop that reverse card, exclusive themed-cards with character portraits on them, and the incredible Immortals Fenyx Rising soundtrack to bop to while you play!

On top of all that, it’s bringing some new gameplay mechanics to switch things up a little! At the beginning of each game, you will be given one of four of the cursed Gods to free. Upon doing so you’ll be granted their powerful blessing as a passive effect. These include:

If you already own UNO on one of the aforementioned consoles, then the DLC is available for £3.99. If you don’t own UNO, but fancy giving it a whirl, then you can pick it up for £15.99 which will include the Fenyx DLC and all existing UNO DLC!