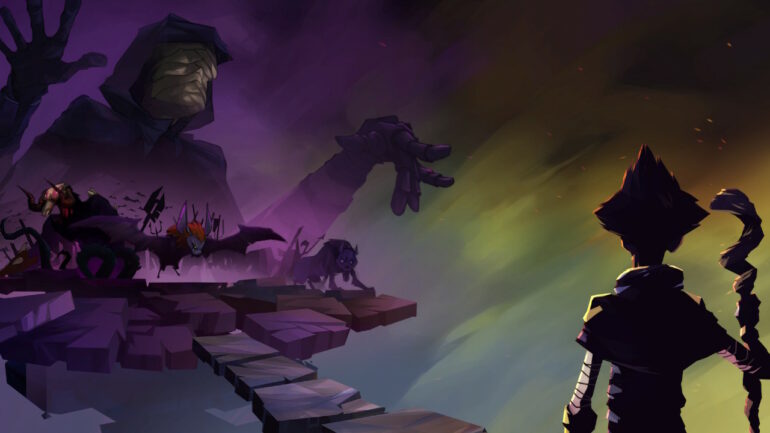 A Long Way Down: A Dull and Uninteresting Experience – Switch Review

I’ve had an interesting history with A Long Way Down’s publisher, Forever Entertainment SA. On the one hand, they published the incredible Frederic franchise. On the other hand, they published the terrible, god-awful Go All Out! As a result, my hopes were tentative at best when it came to A Long Way Down. However, its captivating art style and gameplay intrigued me, so I decided to keep an open mind. It’s a shame then that it failed to meet my already low expectations and live up to its promise of originality.

“A Long Way Down is a lacklustre attempt at creating a coherent or even interesting game.”

I’m going to be honest with you. I didn’t play all that much of A Long Way Down. Traditionally, as one would expect, I’ll play the game to completion when writing a review. However, in the case of A Long Way Down, I simply felt no motivation or drive to do so. That is predominantly because A Long Way Down is a lacklustre attempt at creating a coherent or even interesting game.

There is so much wrong with A Long Way Down that it is hard to know where to start. Its menus and UI are an absolute eye-sore to navigate. This makes it incredibly difficult to make heads or tails of what is going on. It offers tutorials, but they’re not delivered in an engaging or immersive way. Instead, blocks of text are clumsily thrown at you. For whatever reason, you can’t alter your equipment unless you reach an armoury on the map. One set of side quests simultaneously told me to rest at three campfires while also avoiding resting at campfires. Nothing makes sense, and everything is visually messy and unrefined.

“There’s nothing exciting going on here, nothing new or adventurous.”

Combat isn’t terrible, but it’s not all that engaging either. You are assigned a deck of cards that you can use against the same enemies — these range from buffs, debuffs and basic attacks. There’s nothing exciting happening, nothing new or adventurous. It’s possible that more innovative cards are offered to the player further down the line. But the initial gameplay is so dull and boring that I didn’t feel as if it was worth playing anymore.

Combat seems weirdly unbalanced too. After a while, I had no cards, but my basic attack to use, and the remainder of my cards refused to reshuffle. For a time, there was literally no way of telling whether or not this was a glitch or an error on my part until I actively searched through the games tutorial section and discovered you could trade health to reshuffle your deck. It’s not that everything needs to be spoon-fed to the player, but basic features like this feel like they deserve at least a passing mention.

Outside of combat, you must explore Limbo. This is essentially a series of fragmented tiles that you must connect and thus traverse using block cards. This could, in theory, be an interesting idea and perhaps the most unique thing A Long Way Down has going for it. There’s even a mechanic in which the Dungeon Master can use your cards against you and place them anywhere on the map. Unfortunately, neither of these mechanics ever feel substantial enough. Instead, they feel more like a tacked-on gimmick that gets in the way of gameplay, as opposed to innovating upon it.

“The tile mechanic is literally the only unique thing A Long Way Down has going for it. It is a shame then that it is a superficial gimmick that irritates as opposed to innovates.”

Placing tiles around the map should feel like a complex puzzle. It should be that tiles are allocated in a way that allows me to only reach a certain amount of objectives. That way, I’d have to choose wisely which I think is best suited for me. It could even be that tiles break behind you, so you need to make sure you achieve everything you want to do in a given area before moving on. Alas, neither of these things is the case. You’re given a ton of tiles at the start of a level and can pick up many more as you adventure through the level. There was never a point where I didn’t think I could collect every chest or reach every campfire.

The gimmick of having the Dungeon Master use your tiles against you does nothing to make the game more enjoyable. They don’t turn the tiles into traps or enemies. They don’t replace your tiles with less helpful tiles. Instead, they literally just put your tile down in a random place. It is at most inconvenient, and ironically often quite helpful. It is a shame that the tile mechanic ends up being a superficial gimmick that irritates instead of improves.

“I feel like I wasted my money, and my only solace is that I get to warn others against buying it.”

The only thing I can praise A Long Way Down for is its visuals, which are admittedly very nice. Unfortunately, that’s literally it. It isn’t a terrible game, but it is by no means a good one. It’s boring and is often far clunkier than it needs to be. For whatever reason, cycling through cards is a chore; even selecting which square you want to land on is janky.

I feel like everything is working against you in A Long Way Down, and it makes for an incredibly dull and unfun experience. Even its narrative, which should by all accounts be interesting, is boring and poorly executed. There’s just nothing good here and nothing original. I feel like I wasted my money, and my only solace is that I get to warn others against buying it. 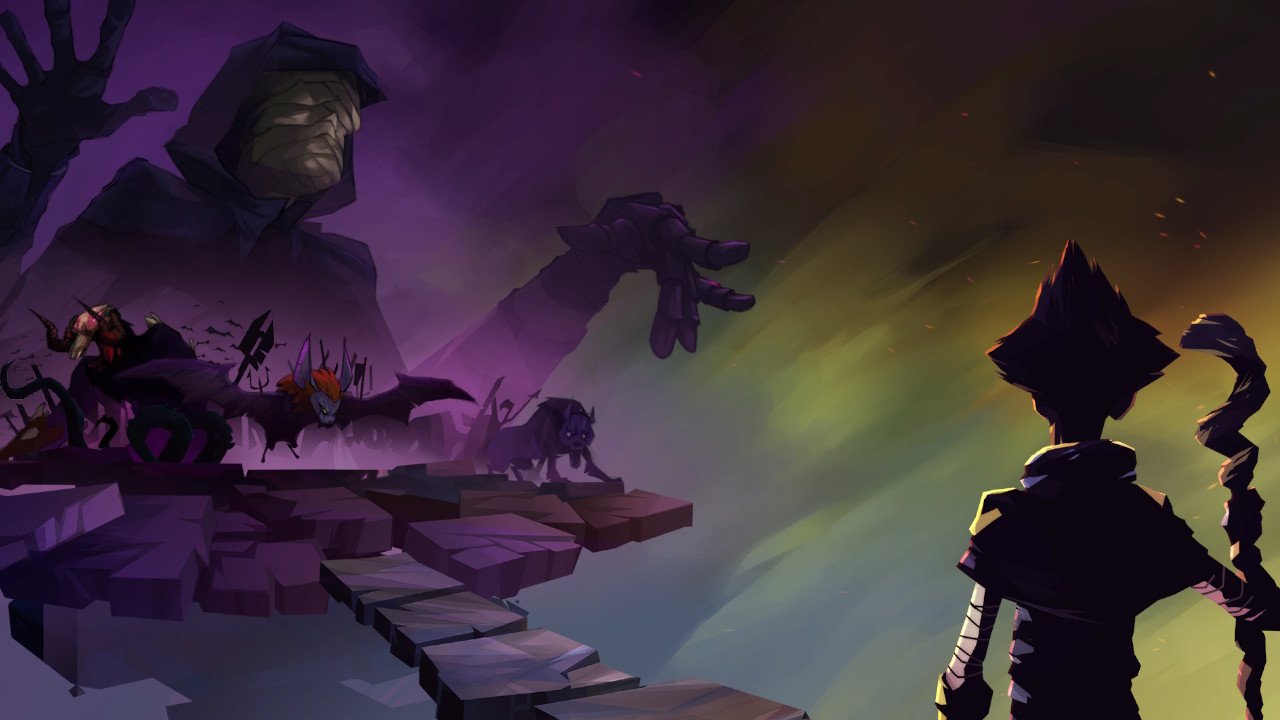 A Long Way Down Review
Summary
While A Long Way Down has some interesting ideas, but its lack of direction or focus makes progressing through its long-winded levels a chore. None of its unique ideas ever feel substantial enough, and it never did enough to hold my interest for very long. A Long Way Down is far from terrible, but it's not worth your time or money.
Pros
Nice Art
Some Interesting Ideas
Functional Card Combat
Cons
Boring Gameplay & Story
Lack Of Direction
Messy UI & Tutorials
4