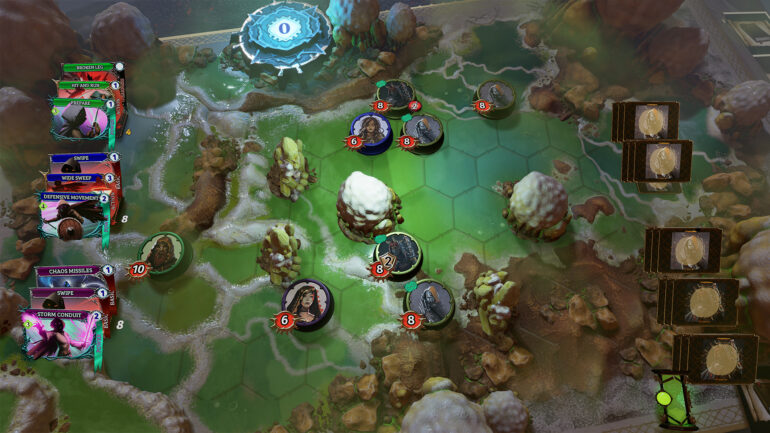 Indie developer Whatboy Games has announced that their upcoming tactical deck-building roguelite Trials of Fire will be leaving Steam Early Access this April.

Whatboy Games is headed by the Lead Gameplay Programmer of Batman: Arkham Knight, Batman: Arkham City and Batman: Arkham Asylum. It has just announced that it is finally launching its deckbuilding roguelite Trials of Fire. It will be launching as a full release after two years of Early Access. Receiving frequent updates and player feedback, Trials of Fire is finally complete. Co-Founder and Studio Director at Whatboy Games, Dax Ginn, spoke about how player feedback has fundamentally helped bring it to light.

“Throughout the almost two years of full-time development in Early Access on Steam, we have been able to deliver on the complete content plan for Trials of Fire […]Trials of Fire would not be the game that it is today without the incredible support we’ve received from gamers around the world. We’ll be forever grateful for their feedback and help in shaping and improving the game to where it is now at full launch.”

What Is Trials Of Fire?

Trials of Fire is a singleplayer focused deckbuilding title with roguelite elements. It is set in the “post-cataclysmic” fantasy world of Ashe. The player must set forth on a journey to help bring hope to the once glorious world. The player will engage in turn-based battles set across hex-based maps (not unlike Battle Brothers). There are also six different game modes to help keep gameplay interesting. Here’s everything you can expect when Trials of Fire leaves Steam Early Access:

Currently, Trials of Fire is available via Steam Early Access for £12.39. It will leave Early Access on the 9th of April, and according to its Steam store page, will be a little higher in price. Alongside the full version launch, there will also be a digital collector’s edition. This will include a digital map of Ashe, the complete soundtrack by SCNTFC and a 100-page digital artbook. Will you be picking up either version? Have you already played the Early Access version? Let us know down in the comments below.