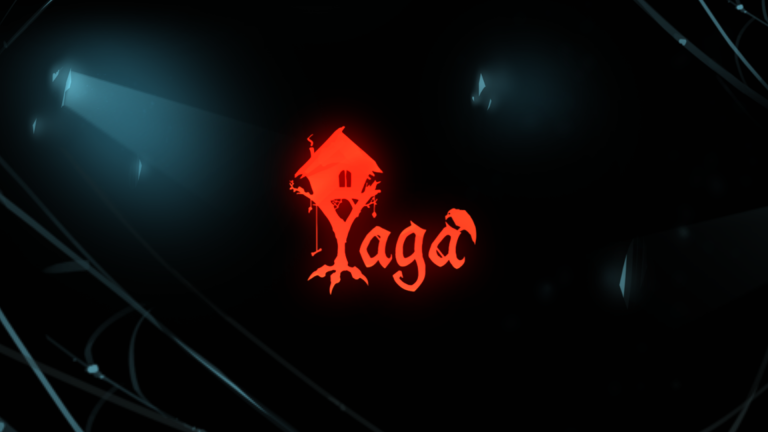 In 2019, Romanian based studio Breadcrumbs Interactive released Yaga, a game that sought to switch up the action-RPG-roguelike genre with a little Slavic folklore flair. Unfortunately, up until now, the game hadn’t seen a Steam release. Now, to start 2021 off with a bang, it has finally been released, and while it can be a little tedious at times, Yaga brings a breath of fresh air to the roguelike genre.

“The character designs are grotesque and help the game feel more fantastical.”

Yaga follows Ivan, a loveable local blacksmith who has been cursed with bad luck, stemming from an unfortunate encounter with an evil, bloodthirsty creature named Likho, who chops off one of his hands. The core of the game sees Ivan being sent on seemingly meaningless quests by an evil Tsar, who wants him to stay away, as he had been warned by Baba Yaga, that the actions of a man with bad luck would cause him to lose his kingdom.

Baba Yaga is a name likely known by most, even if they are unsure where they know it from. The character appears in many movies and video games, including Hellboy and Rise of the Tomb Raider, and is even a nickname given to John Wick. In Slavic folklore, Baba Yaga is an ominous deformed being who takes the form of an older woman, living in a hut, standing on chicken legs, capable of helping and harming anyone. In Yaga, she plays the role of both narrator and supporting character, giving Ivan direction in his quests. She is presented in a way that even as she helps Ivan, the player is left feeling uneasy and gets the sense that there is perhaps an ulterior motive and a greater plan in place.

The artwork in Yaga is fantastic. The Tsar’s quests take you all over the land with procedurally generated maps in farmlands, forests, swamps, and mountains, with each landscape being presented with perfect contrasting colours. Each setting introduces its own set of enemy mobs to try and thwart the unlucky blacksmith. While the backgrounds are pleasant and effective at presenting a certain mood, the character designs are grotesque and certainly help the game feel more fantastical.

”Yaga’s storytelling makes it feel like a fairytale and this is only reinforced by the use of rhyming in the witches and some of Ivan’s dialogue.”

From the moment you are presented with the choice of difficulty level for your playthrough, it is clear what you should expect from your experience. Easy is described as a story mode and hard as a horror story. I went down the middle and certainly got the best of both worlds. Regardless of what you choose, Yaga’s storytelling makes it feel like a fairytale, and this is only reinforced by the use of rhyming in the witches and some of Ivan’s dialogue. Some of the rhymes were questionable, but you can’t fault this too much. One of the characters even noticeably struggles to find a rhyming word, resulting in a funny interaction.

Dialogue predominately has four different responses for Ivan to make, allowing you to customise your playthrough. A foolish response may trigger a fight, while an honest approach may find an alternative. Despite this, your chosen approach does not affect the game too much, and Ivan continues to be a loveable protagonist, regardless.

“Bad luck is not just a characteristic of Ivan’s, but it is an active part of how the game is played.”

Every time Ivan goes to his camp before or after a quest, you are taken out of the game to a more narrative perspective. You see Baba Yaga and three other witches commenting on what is taking place. At the start of a quest, you are presented with three options. These can be a temporary buff or restriction of a specific attribute. This complements the procedurally generated levels perfectly and means you will always get a different experience when playing, adding further replayability to the game.

FIFA 22 Team of the Year Announced by EA Sports

Bad luck is not just a characteristic of Ivan that is mentioned in passing now and then, but it is an active part of how the game is played. Any time an item is consumed by Ivan to help in combat or to replenish health, it contributes to a bad luck bar. When full, this increases the chances of your weapons breaking, which can be an infuriatingly frequent occurrence, forcing you to resort to the base hammer until you complete the current quest or find an anvil to repair or forge an alternative. Unfortunately, this can somewhat hamper the experience, especially if it is a longer, more challenging level.

“Yaga risks turning into a tedious button-masher, but fortunately, there is enough variation to make this charming-yet-creepy Slavic adventure enjoyable.”

It is a shame that weapons break quickly because customising and improving the hammer is initially pretty engaging before it becomes inevitably tedious. Ivan obtains many items on his travels whether it be from chests or loot from dead enemies, with each item bringing specific benefits. This perfectly complements the combat, offering multiple ways to approach a fight. This is further supported by the secondary weapon, which is fixed to Ivan’s stump. There are several options, such as the shovel and the chain, which makes for intriguing combinations.

While there is plenty of room for weapon customisation, core combat stays consistent with dodging, hammer attacks both close and long-range, and the chosen secondary tool. Both the length and frequency of fights would undoubtedly feel like more of a chore if it were not for the music. The traditional Romanian soundtrack is easily one of the highlights of this game. It will transition from steady background music into a faster, more intense tune when combat is triggered, which really adds to the whole experience.

Yaga risks turning into a tedious button-masher, but fortunately, there is enough variation to make this charming-yet-creepy Slavic adventure enjoyable for around 10 hours. On top of that, it has the bonus of replay value, which ties the whole package together. 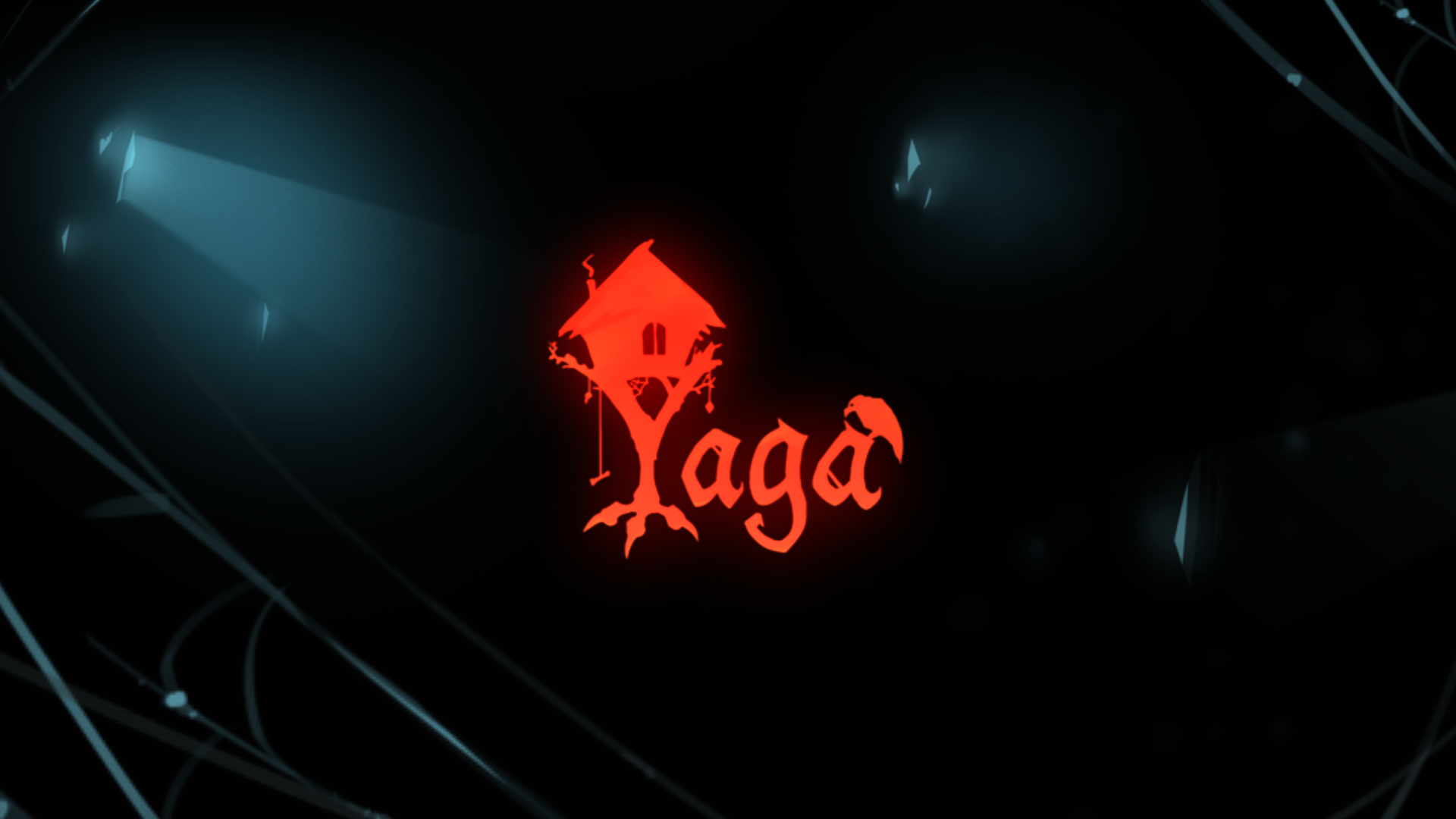 Yaga Review
Summary
Yaga is an incredibly enjoyable action-RPG roguelike with a beautiful art-style reminiscent of children's fairytales. Its unique setting utilises Slavic folklore in a meaningful way, and a wonderful score further complements this. At times, the combat can be tedious, but there is enough variation and weapon customisation to never get too stale.
Pros
Beautiful Storytelling
Wonderful Score
Unique Setting
Cons
Tedious Combat
Questionable Rhymes
8.5