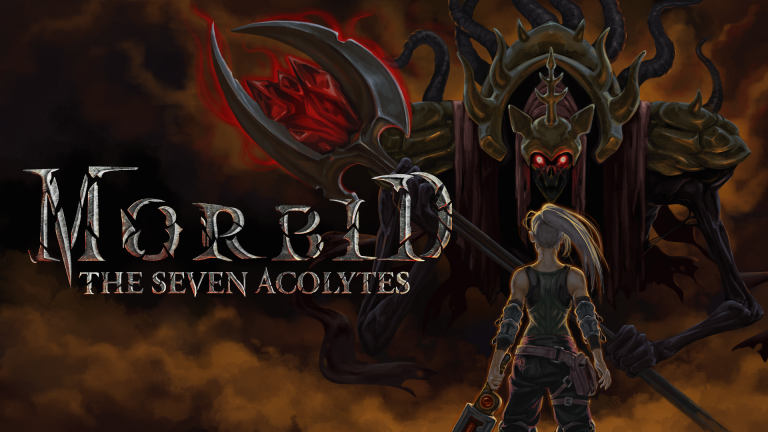 Morbid: The Seven Acolytes is one hell of an action rogue-lite game. This game is certainly not for the faint of heart as it is jam-packed with blood, gross fleshy chunks, and horrifying creatures that are deeply disturbing at times. I don’t usually go for games with this graphics style, but this game manages to keep it simple, while still being deeply engaging. It doesn’t cause any eye strain in the slightest, and it flows better than other games in its class.

In Morbid: The Seven Acolytes, you are the last surviving Striver of Dibrom. Your duty, for which you have trained your whole life, is to defeat the Seven Acolytes, accursed and powerful beings, possessed by malevolent deities called Gahars.

The gameplay and overall aesthetic of Morbid: The Seven Acolytes is incredibly unique. There aren’t really any games that I could compare it to. Bloodborne may be close, but even then, this game surpasses it. The movement that the character is capable of is incredibly fluid, provided that you have good timing, and you can roll then attack straight away with no delay.

“Arrogance will be your downfall”

If you start building up a solid kill-streak, you will certainly start to feel like you are unstoppable, but you will quickly learn that your arrogance will be your downfall. Just as you think that you have the upper hand over one of the many enemies, you will miss time one move and find yourself dead in a pile of gore.

Except I would not worry too much as you don’t need to go back to where you died to collect your lost level-up points. Those stay safe and sound on your persons.

The fights with bosses are intense and require a lot of skill or a lot of good luck to defeat them. They have definitely caused a few swear words to fall from my lips whenever I lose. However, when you do finally manage to lay the beat down, the sweet victory becomes all the more satisfying. On top of that, the boss can drop some really neat loot which can deal a heap of damage to the regular enemies out there. This doesn’t mean that you’ll be completely unstoppable though, the mini-bosses can still absolutely ruin you.

Health, Stamina, and Sanity management is important as you traverse the world. Just like any other souls-like game, keeping track of your health and stamina is vital. But having to keep track of your sanity too? That’s just one more level of difficulty you hope you are prepared for.

“Build the character the way you want to”

There are items you can gather as well as perks for your weapons that will help regenerate your sanity, health, and stamina so it’s not entirely the end of the world. This doesn’t mean it is any easier though. It is still quite simple to run out of items, and then you’re left in a real pickle of a situation.

The perk levelling system allows you to have multiple ways to build your character. As you transverse through the world, you will discover shrines throughout your adventure. Upon breaking these, you will receive blessings that you can equip to give you an advantage in battle. You will be able to use your level-up points to further upgrade each blessing, enhancing their power each time. There are numerous combinations you can use, each catering to your own unique play style as you hack and slash your way through this violent game.

Morbid: The Seven Acolytes features over 25 unique melee weapons. These include Swords, Axes, Maces, Spears, Two-Handers, and it even has several guns to accommodate those who want a slightly different approach to killing bad guys.

In Morbid: The Seven Acolytes, you are never safe.

Morbid: The Seven Acolytes boasts a deeply immersive world that is full of wonderful places to explore as well as interesting people to… stumble upon and chat with. Some are nice, and others will straight-up tell you to bugger off. There are also some interesting critters that you can stumble upon that just exist in the space but make it feel so much cooler, like this little dude:

There are so many things to discover and find out in this game. Each item and piece of lore is worth reading about, so I recommend taking the time to read each one when you find them out!

The game contains an epic orchestrated soundtrack comprising 18 tracks to jam out to while you wind your way through the incredible story. Stardew Valley’s soundtrack can move over because it is time for this haunting one to take centre stage.

Morbid: The Seven Acolytes‘ soundtrack would be perfect for a Halloween party as it perfectly fits the graphic of the game. Usually, I don’t pay a lot of attention to the music when I’m playing, but this soundtrack was infectious. It just kept pulling me deeper into the game, quickly turning 20 minutes into 2 hours of playing time. You’re missing out if you play games on mute because you certainly don’t want to miss this.

*Disclaimer: Reviewed on Steam, Code was provided by the Publisher 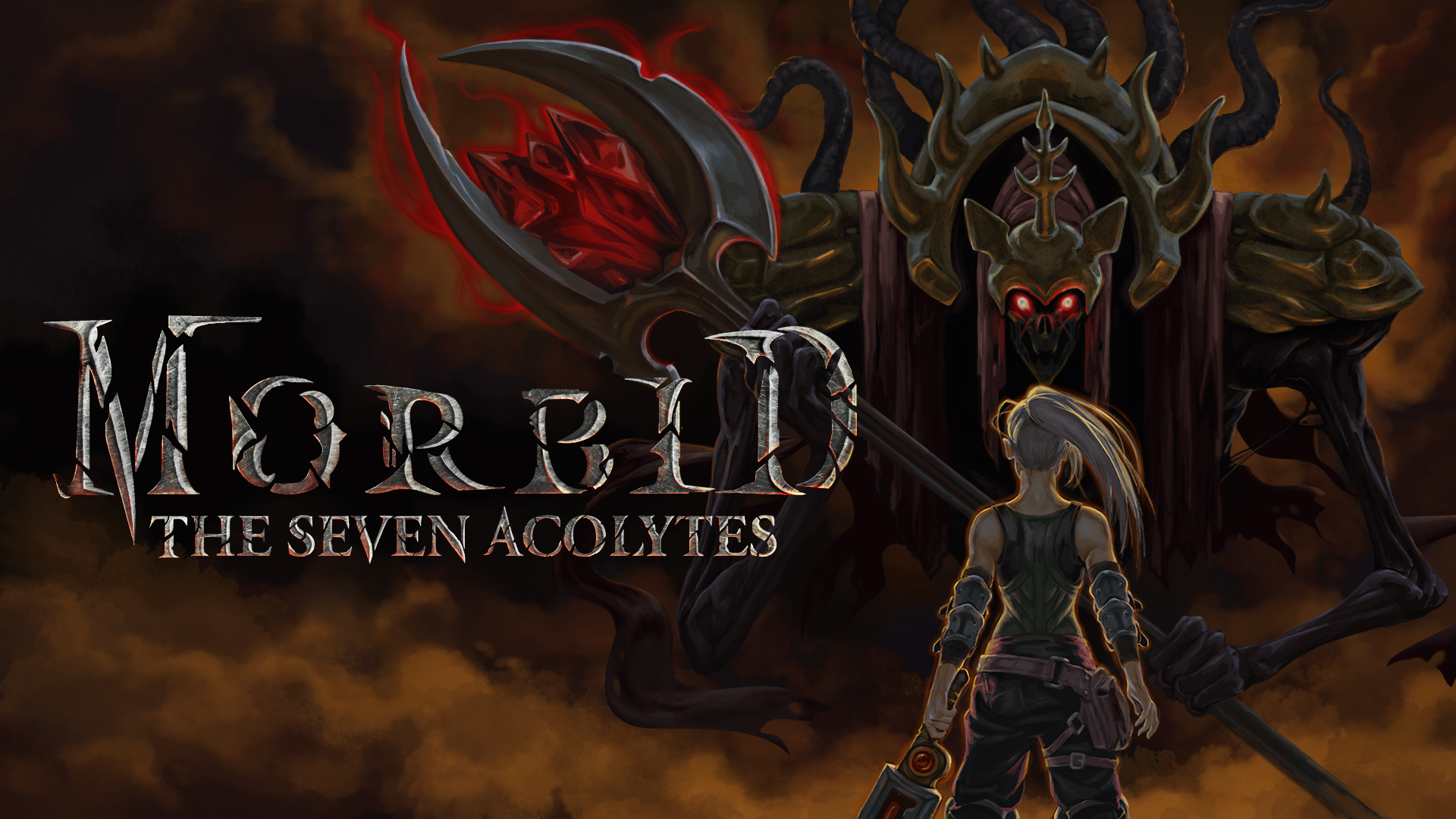 Morbid: The Seven Acolytes Review
Summary
Morbid: The Seven Acolytes is a fun, gruesome game. Battles can be challenging as monsters do not move predictably, but that all adds to the fun. The lore is rich, and the immersive world is filled with plenty of things to discover and use against your enemies. But remember, in this game, you are never safe.
Pros
Rich Lore
Immersive World
Infectious Soundtrack
Cons
Extremely Hard
9