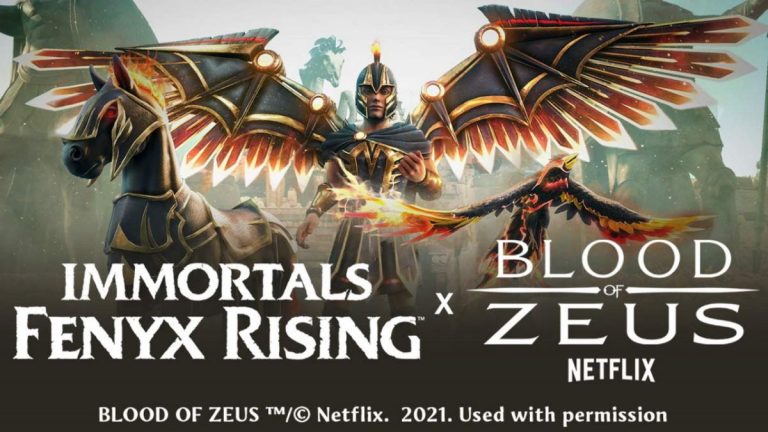 Ubisoft and Netflix have joined forces to create a unique crossover event between Immortals Fenyx Rising and the hit show Blood of Zeus.

Starting on the 21st of January, a limited-time crossover event between Blood of Zeus and Immortals Fenyx Rising will allow players to experience a whole new Blood of Zeus-themed quest and purchase an all-new character and weapon pack.

The crossover event will last until January 28th, so if this sounds like an exciting adventure, get ready to hop back into the world of Immortals Fenyx Rising (I know you wanted to anyway!)

The quest, titled “A Tribute to Family”, will take players on a crusade to hunt down two evil creatures, the Chimera and Cerberus, and if I know my Ancient Greek history, that isn’t going to be an easy fight. Upon completion of the quest, players will earn the Eagle pendant and all-new character customisation options tied to Blood of Zeus.

The new weapon pack contains Blood of Zeus-themed skins for your sword, axe, and bow. The character pack allows you to walk in the footsteps of the Amazonian warrior Alexia (a character from the show). It contains Blood of Zeus-themed armour, helmet, wings, mount and phoenix companion. The weapon and character packs are not time-limited, meaning you can purchase them now and even after the event concludes.

If you’re unsure whether or not to pick up Immortals Fenyx Rising, then head on over to the Game Crater’s review of the game and see what we had to say.