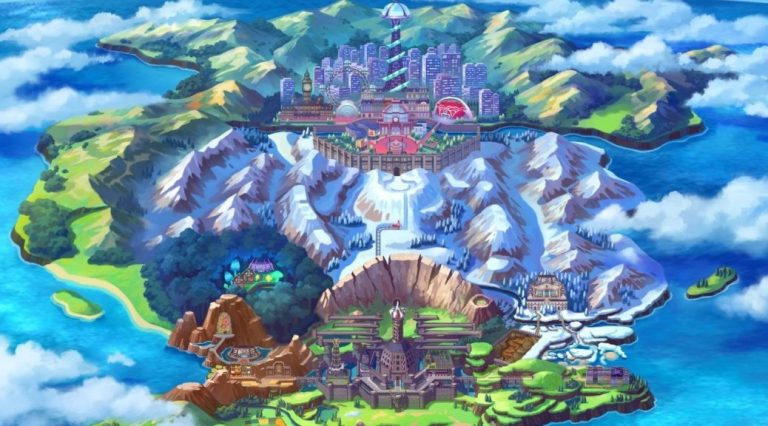 Top 10 Pokémon from the Galar Region

With the recent release of Pokémon Sword and Shield’s Crown Tundra DLC Nintendo have officially closed the book on the 8th generation of Pokémon. This gen brought us new features such as Dynamax Pokémon, max raid battles, and 80 new Pokémon to catch in the UK inspired region. 80 Pokémon may not sound like a lot, but in Galar, it is clear Game Freak went for quality over quantity.

This generation brought us some of the most creative Pokémon designs we have seen in a while, and now that Pokémon’s first home console release has rolled out in its entirety, we are going to rank the top 10 Pokémon from the Galar region. They will be ranked on not just their design but their stats for the more competitive trainers amongst you. For this list, we will be excluding starters and legendaries just to keep things interesting.

Variants are a relatively new concept introduced to the Pokémon franchise in the Alolan region. The idea is that Pokémon in different regions adapted differently and therefore have different typings and look different. Sometimes that means Gamefreak takes a perfectly acceptable Pokémon and turns it into a monstrosity (*cough* Alolan Dugtrio *cough*). But sometimes that means they take a Pokémon that you would have never dreamt of including on your team and make it something special. Sirfetch’d is the latter.

They took your basic filthy common farfetch’d and gave him a whole new evolution, making him a knight of the realm in the process. As well as his considerable bump in status Sirfetch’d also receives a jousting lance (made from a welsh leak) and a fighting typing to go with it. This means his base attack stat is nothing to sniff at, couple that with an expansive move pool that includes a lot of variation and you have yourself a quick and powerful Pokémon with a genuinely charming design.

Another of Galar’s useful fighting type Pokémon is next on this list, Grapploct. First of all, the design on this one is amazing. Its bright colors and facial structure make Grapploct look like an angry luchador wrestler, not to mention how one of its tentacles seems to double as a title belt which is a really nice touch. The idea behind a grappling octopus just makes sense, doesn’t it? This thing looks like it can lock you in a chokehold and a heel hook all at the same time.

It seems like Grapploct should be a dual-type Pokémon considering it’s an octopus that can learn a fair amount of water moves. That would’ve put Grapploct in fine company with Poliwarth and Urishifu. However not getting the dual typing isn’t necessarily a bad thing, it means you can use Grapploct as your water type without having to suffer any of the weaknesses that come with it. With that move pool and it’s high attack stat Grapploct can sweep through fire types and dark types at the same time, probably without even having to use all of its limbs to do so.

Centiskorch is referred to in the Pokedex as “the radiator Pokémon” but that description does not do it justice at all. It looks more like a Chinese dragon. Especially in its almighty G-max form. With its fire and bug dual typing, Centiskorch is what grass type Pokemon have nightmares about. Hell, it’s fire typing alone would make Centiskorch feared by even it’s fellow bug types.

Its unique typing means that it only has two weaknesses in the entire game while having an advantage against a whopping six types. Plus, it can learn thunder fang, which at very least will give Centiskorch a fighting chance against even the types its weak to, water and flying. The only real downside here is that you would expect it to be a little bit faster with all of it’s legs. Although  you’ll quickly find that speed is not a problem here, the rest of it’s stats cover for it fairly well and the white smoke ability means it’s stats can’t be changed by opponents.

Orbeetle does not look like much at first. It’s a cute ladybug design with an interesting psychic/bug dual typing, and it has stats and a move pool that screams defensive Pokémon. You may send it out to set up a couple of screens and maybe land a status effect, but that’s about it. That is, until Orbeetle gigantamaxes and it turns into a terrifying UFO that looks like it’s capable of destroying entire planets.

Orbeetle earns its place on this list almost entirely for its G-max form. You can’t tell me you had no reaction at all when first encountering one of these monstrous motherships. Forget dexit this thing is why there’s no Miltanks in Galar. The G-max form brings a lot of substance as well as style though. It means you can use Orbeetle as a defensive Pokémon to set up everything you need, then hit that G-max button and flip the script using the stat boost to clean house with powerful special attack moves.

One thing we haven’t talked about in this list yet is lore because it’s usually just useless text. But the lore behind Cursola is as about as intriguing and dark as Pokémon gets. The story behind this Galarian form is that climate change wiped out the original cute and pink Corsolas’ leading to the ghostly monstrosity we see in Galar now.

Make no mistake though Cursola is a lot more than a cautionary tale reminding you to recycle. It also has freakishly high special attack stats and a deep move pool that allows you to do damage while setting up status effects in order to land a devastating hex. On top of all that it has an inspired design, it looks warped and twisted with its long pale branches. If you woke up to see a Cursola at the end of your bed one late night, you’d probably leave and never return.

In every Pokémon game, there is always a flying type Pokémon on the first route; Pidgey, Pidove, Starly etcetera. It’s one of the Pokémon you first catch and even if you want a flying type in your team. You probably won’t use one of the route 1 birds because the concept is so tired and worn out. Until now, because in the Galar region, Corviknight is something special.

The design references British myths of the knights of the realm, making Corviknight a black knight that looks genuinely menacing. The steel and flying type is a welcome break from the usual flying and normal types that have plagued route 1 for years. Its stats aren’t bad either, with good defense and solid attack. Unfortunately, its special attack is pretty bad, but you don’t need special attack when Corviknight learns drill peck at just level 34. Alongside this, Corviknight gets a G-max form that it doesn’t even need, but it’s welcomed all the same.

Grimmsnarl looks like the Pokémon equivalent of the final boss in a Japanese RPG. The only difference being that the power of friendship won’t be enough to take down this beast, as only poison, fairy, and steel types can threaten Grimmsnarl. This is due to his dual typing, Dark and fairy a truly unique type combination that only Grimmsnarl and his pre evolves possess.

It may seem a bit odd using a fairy type that’s weak to other fairy types, but when you realize that means he can easily take down dragons, psychics, and ghosts, the benefits vastly outweigh the costs. Grimmsnarl also boasts one of the most expansive move sets in the game meaning he can cover just about any base you need him to. His strong HP and high attack stat mean this Pokémon is best used as an all-out attacker, especially in his G-max form. And what a G-max form it is as well. If Grimmsnarl is the last boss in a JRPG, then his G-max form is what rises out of the ground for round 2 when you thought it was game over.

It’s already been said in this list that some variants take lesser-used Pokémon and make them great. But Runerigus is a strange example of making a regional variant of a pokemon that was already great and improving it even further. In Galar, Yamask evolves into Runerigus, and like its counterpart, Cofagrigus, is a ghost type. But in its journey to the U.K, he’s gained a ground typing as well.

The design matches this as well, Runerigus looks like an ancient rune carved out of stone with some sort of creature represented in a mysterious picture. You can only wonder what secrets this ghost Pokémon might have. Is it a Pokémon gravestone that came to life? What kind of Pokémon is etched into the ghostly stone? We may never know.

What we do know though is Runerigus has a very high attack stat but has poor HP and speed stats. This means you’re gonna have to get a little more inventive than just using earthquake on anything that moves. Luckily like any good Ghost type, Runerigus has more than enough tricks in its move pool to help you combat this and make the most out of its exceptional attack.

The Galar region pays a surprising amount of homage to the British rock scene and here we have the frontman from The Maximizers himself, Obstagoon. The design for this one is really fun. Game Freak took your average Zigzagoon, and for some reason, he got mixed up with the bad crowd in Galar. Before you know it, he’s a full-on glam rocker fitted with shoulder pads and a mohawk.

Obstagoon looks like he can rock a sold-out show at Wembley Stadium, then head back and trash his hotel room. As it turns out Obstagoon is also a very useful Pokémon. It has well-balanced stats, and a large, varied move pool. The abilities it comes with are also invaluable. It can have either Reckless or Guts, both of which boost Obstagoon’s already high attack stat. Put all of that together, and you have yourself a Pokémon that can rock almost anything.

Obstagoon might be the frontman of the Pokémon band but the guitarists are always the ones with the real talent, right? Toxtricity plays the strings on its chest to create a noise loud enough to damage another Pokémon. On top of that, the guitar Pokémon comes in two forms, low key, and high key, or in other words lead guitar and bass guitar. One has a showy yellow and purple colour palette and the other a more mellow and relaxed blue and purple.

The design idea alone earns Toxtricity the top spot in the Galar region, but there is a lot more to it as well. Toxtricity is the first-ever Poison and Electric type Pokémon. This means it has only two type weaknesses. Throw in some balanced stats, high special attack, a G-max form that turns Toxtricity into an unstable powerplant. Then the ability to either poison or paralyze other Pokémon with most of its move set and you have, in our opinion the best Pokémon in all of Galar.