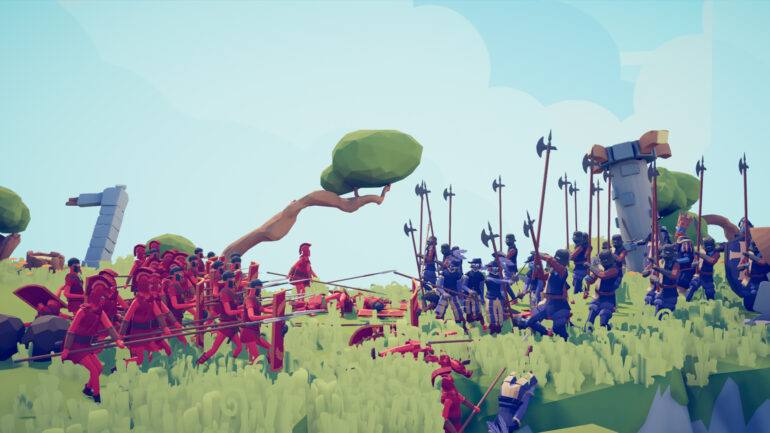 TABS is out of Early Access, introducing Multiplayer and New Factions

The game was originally made “during a game jam that took place at a castle in a really small town in Sweden.” The developers had no idea that it would blow up on YouTube. On April 1st, 2019, Landfall released TABS in early access on Steam for Windows PC and MAC OS. Since then, it has garnered an overwhelmingly positive rating on Steam of 98% after over 50,000 reviews posted. It is now exactly two years later, and TABS is out of Early Access, and now, the full version is available.

Thank you so much for being with us on this journey and helping us make the game better every step of the way with your suggestions and feedback. When we released the TABS alpha in 2016, we never imagined the game would reach over 4,5 million players and beyond – we are so happy it did!

Totally Accurate Battle Simulator offers various features for you to sink your teeth into, including:

The full release update has added two new factions, two new maps, and two new campaigns. It has also implemented achievements and numerous quality of life improvements. The most significant introduction is local and online multiplayer, so now, you can take your friends on in some totally accurate simulated battles.

Now that TABS has left early access, Landfall has plenty of features planned for the future. They plan on adding a Hero Unit, Playstation and Nintendo Switch ports, Unit Creator content and feature update, and much more.