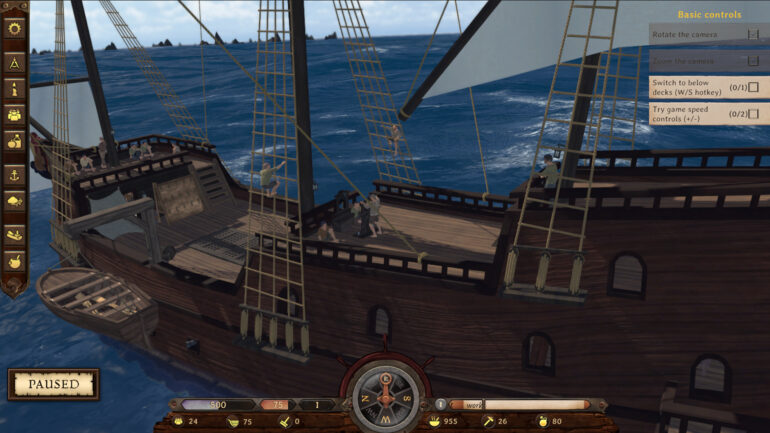 Indie developer Tiamat Games have brought their seafaring RPG Maritime Calling to Kickstarter in the hopes of bringing their game to the masses this Q3 2021.

Maritime Calling is an upcoming roguelike adventure game set at sea in which players must command a ship and its crew through thick and thin. Tiamat Games have taken inspiration from the hit film Master and Commander as well as other indie darlings including FTL: Faster Than Light. They’ve been developing the game for quite some time, and have brought it over to Kickstarter to bring it into its final stages of development. The team are asking for €18,000/£15,419 and include a €75,000 stretch goal which would see Maritime Calling ported over to consoles.

What Is Maritime Calling?

Maritime Calling is a roguelike RPG simulation game centred around a ship and its ragtag crew. It is aiming for realism while adhering to today’s standards of video game design. It is attempting to balance the very fine line between being as realistic as possible and yet still entertaining. Here’s everything you can expect when Maritime Calling launches later this year:

Maritime Calling is set to release in Q3 of 2021 and will set you back €20/£18 for the early backer option, or €25/£22 for the standard version. Head on over to their Kickstarter page for more details, and pledge as much or as little as you’d like. Does this look like your kind of game? Will you be backing it? Let us know down in the comments below!