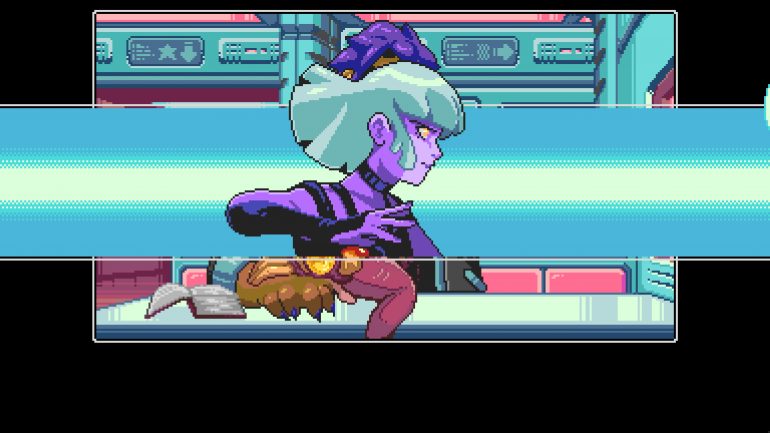 The upcoming sequel to 2064: Read Only Memories, ROM: NEURODIVER, is a mystery-adventure title set in the cyberpunk city of Neo-San Francisco. The currently available prologue demo follows protagonist ES88 as she assists a bounty hunter in recalling the events of a dubious and ultimately unsuccessful business deal. The game was originally announced for Xbox One, PlayStation 4 and Steam, but has since been announced for the PlayStation 5, Nintendo Switch and Epic Games Store. CEO of MidBoss, Cade Peterson, was ecstatic about players jumping into their sequel and getting a taste of what is to come.

“Our passionate community is in love with Neo-San Francisco and we’re happy to give them a taste of what we are working on ahead of the console and PC releases later this year […] This demo shows off the new puzzle mechanics and some of the characters adding flavor to the next entry in our LGBTQ+-friendly world.”

ROM: NEURODIVER is the next title in the Read Only Memories series. It is a point-and-click adventure title set in a cyberpunk world. NEURODIVER is set only a few years after 2064: Read Only Memories. It will feature fan-favourite characters, a brand-new mystery and the titular Neurodiver. Just before the game launches the trade paperback version of the Read Only Memories comics will be released. This is being done in collaboration with IDW Publishing and veteran writer Sina Grace. Alongside the included comics, the one-volume paperback will feature interviews and a Steam game key for 2064: Read Only Memories! But, if reading isn’t your thing, then the game will only be releasing a short while after. Here is everything you can expect when ROM: NEURODIVER launches:

The trade paperback will be releasing in August 2021. The PlayStation 5, Nintendo Switch and Epic Games Store versions of the game will be releasing alongside the other announced version in Q1 of 2022. You can head on over to its Steam store page to download the prologue demo right now! Will you be picking up either the game or the paperback when they launch? Let us know down in the comments below!