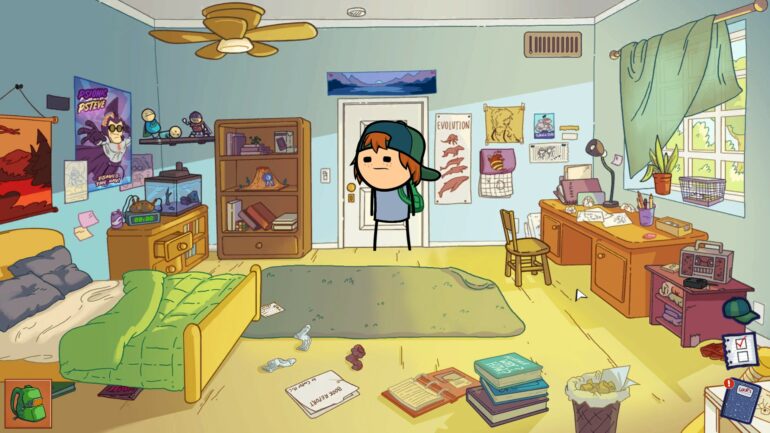 When playing a game early, you have to contend with the lack of guides. This is an issue often mitigated by clear in-game instructions or precise and refined gameplay. Unfortunately, games can often suffer from obtuse game design, which leads to head-scratching moments of frustrating irritation. While Cyanide & Happiness – Freakpocalypse never left me desperately searching obscure keyphrases into Google in a futile search for help, it did leave my scalp a little raw and my mind a little numb.

“The sheer amount of voiced lines present in the game is astounding, especially as almost every item is interactable.”

Cyanide & Happiness – Freakpocalypse is perhaps the best distillation of the titular comic book’s humour and cynicism. Its narrative focuses on Coop, a low-life nobody that almost everyone despises for practically no reason. If I weren’t familiar with Cyanide & Happiness’ cruel sense of humour, I would have found the oppression of Coop and his pointless, futile life rather depressing. However, thanks to the game’s, and by extension, original line of comic books’, meta-fourth-wall-breaking jovial attitude, it never bothered me. Instead, the games’ narrative and cutscenes offered me plenty of laughs, and its writing never felt too dismally demoralising.

I’ll preface this review with an admission: I rarely like point and click titles. Cyanide & Happiness – Freakpocalypse is very much a point-and-click title. Surprisingly, however, I found myself incredibly endeared towards it and felt that the genre suited the source material rather well. As you progress through the narrative, you’ll explore detailed locations, all of which have numerous objects and people you can interact with.

The sheer amount of voiced lines present in the game is astounding, especially as almost every item is interactable. For the most part, Coop will sarcastically comment on why he cannot touch a particular object or person or how blatantly obvious the thing you’ve instructed him to look at is. While this inevitably droned, it was still impressive to interact with almost anything and get a reaction out of Coop. I also appreciated the high-quality voice acting and the inclusion of some recognisable YouTubers, such as Your Movie Sucks.

“Exploration is delightful as each location is full of fun details to uncover and cosmetics to find.”

In terms of the game’s puzzles, I’d argue that they’re comprehensibly simple at the beginning. The game eases you into its point and click puzzles, all while encouraging exploration. The more I explored, the more I found the proceeding puzzles to be easier. Fortunately, while you’re in the initial stages of the game, the puzzles have simple enough solutions that even I was able to solve them. However, as the game continues to open up, the puzzles grew more and more obtuse.

Some puzzles were impossible to figure out, requiring items that I could not find. While I appreciated that there was a lot of interactability, it quickly came to be at the detriment of the overall experience. Having the option to interact with absolutely everything made it, at times impossible to establish what was an obtainable item, and what was another joke.

Certain puzzles would inform me of what type of item it needed (i.e. “I need something to hook onto this”). But whenever I’d try something that seemed plausibly useable, it never worked. This was rarely a problem at the beginning of the Cyanide & Happiness – Freakpocalypse but became increasingly more common as I continued to play.

It is worth mentioning that there were no guides available online, and I am a novice to the genre. I’d argue that newer players wouldn’t struggle too much, and seasoned veterans of the point and click genre would likely have no trouble with the puzzles. The game’s exploration is also delightful as each location is full of fun details to uncover and cosmetics to find.

“When distilled into a few panels, the jokes land. But when stretched out over a lengthy title, they all too often fall flat.”

Similarly, Cyanide & Happiness – Freakpocalypse’s point and click gameplay ebbed and flowed, and so did its humour. I am a big fan of the original comics; Ice Cream and Sadness was my introduction to the series when it released, and I have fond memories of reading that collection countless times. The humour present in those comics is very much present here. Unfortunately, where the comics were brief moments of perfectly crafted crass jokes, the game is overly admonished and inundated with those very same jokes.

When distilled into a few panels, the jokes land. But when stretched out over a lengthy title, they all too often fall flat. However, whenever a joke did land, it often did so with significant impact, especially during cutscenes. While I appreciate comedy is subjective, but when the same type of humour is elongated over several hours, it can be exhausting.

Despite my numerous complaints, Cyanide & Happiness – Freakpocalypse is an excellent game. I had a tremendous amount of fun playing it and look forward to heading back in to complete the various side quests I didn’t have time to get round to. There’s a lot on offer here, especially for its reasonably low price. While it is certainly targeting a very niche audience, if you’re a fan of both point and clicks and the original comics, then you’ll get a lot of enjoyment out of this. 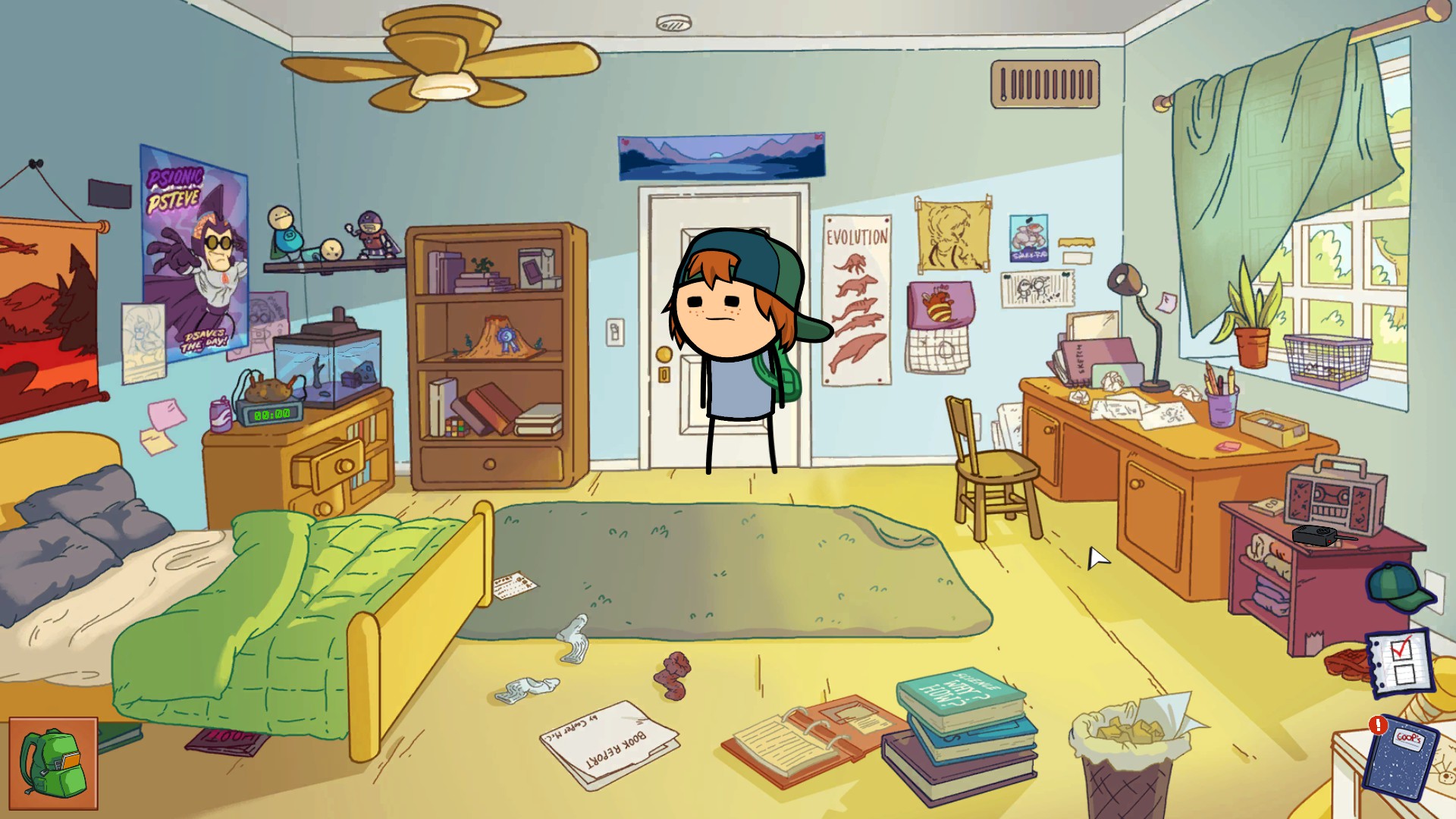