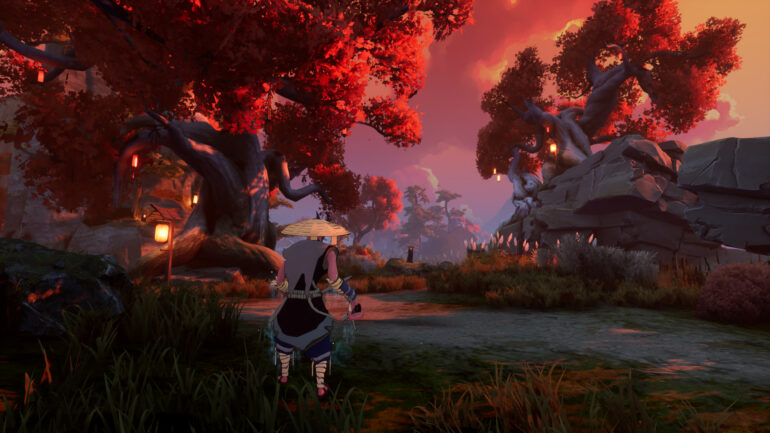 Developed by Kids With Sticks and published by veteran 505 Games, Rogue Spirit is an anime-esque action rogue-lite set in a fictional version of feudal Japan.

Rogue Spirit is an upcoming indie game heading to Steam Early Access later this year. Developed by a small indie studio out of Poland, comprised of ex-AAA game developers, this single-player action-adventure game seeks to merge feudal Japan with an anime-styled rogue-lite experience. Focusing on making each run as unique as possible, all while interweaving light stealth elements, Rogue Spirit will “bring freshness to the rogue-like genre”. Andrzej Koloska, the Co-Owner of Kids With Sticks, spoke about their partnership with 505 Games and the potential it brings to their game.

“We are excited to work with such an experienced publisher. Thanks to 505 Games we were able to establish the Kids With Sticks initiative and focus all of our powers on developing Rogue Spirit. We hope to bring freshness to the rogue-like genre with an interesting core mechanic of possessing enemies and being able to absorb their skills.”

What Is Rogue Spirit?

Rogue Spirit is a 3D rogue-lite action game that focuses on the ghost of the Prince of Midra. It blends the visual style most commonly associated with anime, and the themes and visual motifs of feudal Japan. Players will need to use their abilities to possess enemy characters and absorb their powers in order to best the evil consuming their land. Here’s some of what you can expect when Rogue Spirit launches into Steam Early Access later this year:

Rogue Spirit is launching into Steam Early Access this August. Prior to that, a demo will release on June 9th, so players can test the game before they buy it. Head on over to its Steam store page to be notified of when the demo and future information drops. Will you be trying this one out? Let us know down in the comments below.