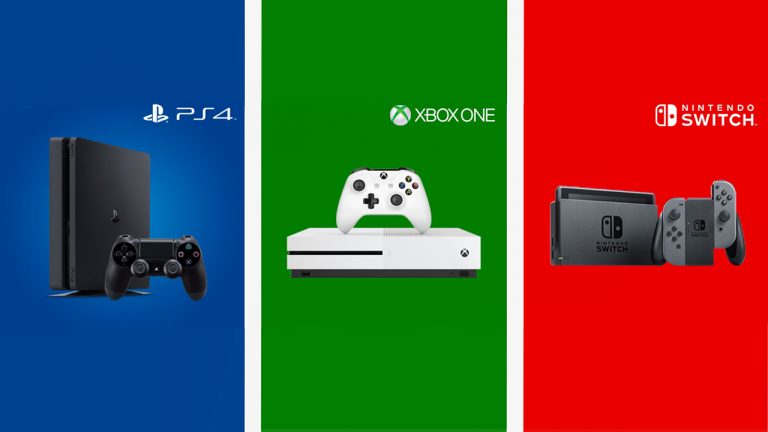 Remembering The 8th Generation of Gaming

The release of the PS5 and Xbox series X marks the end of the 8th generation of consoles. The 7-year span of the 8th gen was undoubtedly one to remember, with prominent highs accompanied by the lowest lows. We saw significant technological advancement, our share of stellar games that we will remember for years to come, and encouraging signs for gamers everywhere.

But we also saw worrying business tactics both by video game publishers and console manufacturers and dodgy shifts in the culture around video games. So, while the last generation is still fresh in all of our minds, let’s look back on it in all its forms: the good, the bad, and the ugly.

Clint Eastwood, be damned, we are doing this out of order because we should finish on a positive note, so we will start with the ugly side of generation 8. The absolute abhorrent things that plagued this gen, knowing that this will get more positive as we go along.

Due to technological advancements, this was the first generation that saw major patches fitted to games. Yes, updates were present in generation 7, but mostly minor patches and small download sizes. However, in gen 8, we were often presented with huge updates to games, usually on day one.

First of all, is there anything worse than buying a new game and getting home to find that it’s got a 5-hour update to install? The main advantage consoles had over PC gaming was the ability to plug in and play with no fuss, but this generation, consoles lost that advantage.

It also speaks about a worrying trend in the industry. One that focuses on selling first and providing the actual product later. We have seen it time and again this generation, from No Man’s Sky to the recent Cyberpunk 2077. The fix it in post attitude is a dangerous one for developers because it punishes those who were most excited for the game. People who buy games on day one are now paying the most money for the worst possible experience, which is unacceptable going forward.

You knew this one was coming up, didn’t you? Microtransactions, as a heading, covers a lot of ground. It can mean the odd pay to win mechanics in single-player games or the manipulative, predatory, and continued inclusion of loot boxes into games. We have seen both developers and gamers defend microtransactions in this generation by calling them “timesavers” or “surprise mechanics,” ensuring us that nobody has to buy them. But if you make a good game, it doesn’t need a “timesaver” option.

These microtransactions are suspiciously only present in games that expect you to grind for hours and hours to progress in the story. Almost as if the game itself was developed with further monetisation in mind.

The industry seems to have convinced many people that loot boxes are okay as long as they are only cosmetic. But cosmetics used to be included with the full price game. It used to be something we’d do extra missions for so our character could fight dressed as a giant slice of pizza. In short, cosmetics used to be fun.

Undoubtedly microtransactions were a heinous part of gaming’s 8th generation. It felt like accounting teams developed the games rather than artists, and it doesn’t seem like that feeling will go away in the next generation either.

Games As A Service

‘Games as a service’ have been around for a lot longer than just this generation. We used to call them free to play games or MMOs. Before this generation, there wasn’t an expectation to pay full price for the privilege of playing unfinished games where we pay for every little bit of extra content that was drip-fed to us.

‘Games as service’ doesn’t just make the ugly list as an idea on its own. Most ‘games as a service’ could be justified if they were free to play, but most AAA publishers produced at least one of these cash grabs this generation.

These live service games require continued commitment and grinding, leaving most people with room for only one game in their life. Would Bethesda’s once-proud reputation have taken as many knocks this gen without Fallout 76? We will never know what could have been. But one thing is apparent; live service is a bubble that already seems to be bursting. If one of the most popular franchises globally, The Avengers, falls flat on its face with a live service game, maybe the gold rush is over, and it’s time to look forward to the next generation.

Okay, take a deep breath. The worst is behind us. We are not up to the high points of generation 8 yet. We still have some more minor infractions to address. The bad consists of puzzling decisions for the most part, maybe a few good ideas implemented poorly, and a couple of things gaming should have grown out of 8 generations deep.

Exclusives have been around forever, and that is likely not going to change anytime soon. But that doesn’t make it any less annoying. It is just strange that we still tolerate this. If Cineworld bought the rights to exclusively show a brand-new Star Wars movie and no other cinema chain was allowed to show it, we wouldn’t tolerate it. But exclusives continued, and although the practice offers absolutely no benefit to the customer whatsoever, it finds itself on the bad list because, for the most part, the exclusives that came out in gen 8 were excellent.

There was the occasional dud, but the likes of Forza and Persona 5 were quality exclusives. Of course, we all know why exclusives persist in the industry. If you’re a God of War fan, it likely drove you to purchase a PS4. Whereas, if you’re a fan of Gears of War, you’d have bought an Xbox One. If you wanted both games, though, you better hope you’re one of the few people who can afford two consoles because exclusives exist to drive the customers to choose between the consoles. Without them, I guess we’d all have to buy whatever the superior product with better support was.

Backward compatibility took a significant hit in generation 8. Although this had been on the cards for a while now, in generation 7, the PS3 could play PS2 games. But when the PS3 slim was released, this feature was absent suddenly. Thus neither console in generation 8 launched with backward capability. Therefore, if you didn’t hang on to the previous console you owned, you couldn’t play any of your old classics. Unless, of course, you repurchased them as a remastered edition.

A lot of games were remastered for the gen 8 consoles. Some of the remastered games were very welcome. Anything that was two generations old was pretty good; the Crash Bandicoot and Spyro series were rebuilt entirely, trading jagged and sharp polygons for the sleek modern look. But if we are honest with ourselves, we didn’t need to buy Skyrim for the millionth time, and we didn’t need to buy a copy of GTA V just for a first-person mode that no one ever used.

Thankfully, there seem to be efforts to remedy this in the next generation, with digital libraries being mostly transferable on the PS5 and Series X.

This happens in every generation. One genre of a game does exceptionally well, and everyone and their grandmother brings out an imitator. Last gen we were drowning in war shooters, all trying to ape the Call of Duty series’s popularity. The generation before that, it was platformers galore. In generation 8, it was an overdose on open-world games.

Open-world games were the trend in single-player games, whereas online, we were overwhelmed with battle royale games. At least, developers tried to add variety in their Battle Royale modes.

Every open world game released had crafting elements, optional stealth, and more often than not, some Batman Arkham-style combat. It wasn’t that all open-world games were bad this generation, just that there were far too many of them. Assassin’s Creed, Far Cry, Ghost of Tsushima, Horizon Zero Dawn, Shadow of Mordor, even well-known franchises like God of War and Metal Gear Solid made their games less unique to subscribe to what was popular at the time. It was equivalent to an all you can buffet and eating only the chips.

Okay we are out of the woods; we can finally stop looking back in anger at generation 8 and focus on what was actually good about it. Contrary to earlier paragraphs there was quite a lot the previous gen did well so let’s break it down.

Nintendo was the comeback kids of this generation. Halfway through, when the WII U was underselling, and the mobile market seemed to have killed handheld consoles, many thought Nintendo was done. But with their backs against the wall, they pulled out the Switch. A combination of their best ideas from previous failures, the Switch is pure joy.

In a world where Sony and Microsoft were selling “Multimedia Machines,” Nintendo was busy making a games console. Nintendo has amazing exclusives, the best third-party support of any Nintendo console since the Game Cube, and phenomenal indie support.

It’s accessible to anyone of any age as well. It can be played handheld or on the big screen, use the joy-cons or the pro controller, you have so many options, and that’s the way it should be. As the Switch was released halfway through generation 8, it will probably last us until about halfway through the next generation as well, which is good news because the Switch is far from wearing out its welcome.

We have to talk about the standout games of this generation, and we almost have too many to give everything the love it deserves. Generation 8 saw it’s share of unique new IPs such as The Outer Worlds, a revival of the Bethesda style western RPGs from Obsidian. Ghost of Tsushima and Horizon Zero Dawn, while both being previous gripes in this article for being both open-world and exclusives, were well received by gamers despite that.

We also saw exceptional entries in well-known franchises. Doom and Wolfenstein returned to show us that old-school fast-paced first-person shooters still work in the modern-day. There was a new Red Dead Redemption that reminded us that Rockstar open-world games might as well be their own genre. Much loved movie franchises like Star Wars and Spiderman even had stellar entries in generation 8.

Let’s wrap up by giving some love to the little guys. Due to advancements in digital downloads, indie games became more available than ever this gen. This offered small teams and solo devs the chance to show their interesting new games to the world.

Eric Barone’s adorable Stardew Valley was perhaps even better than its inspirer Harvest Moon. Rocket league made us all wonder why there wasn’t a sport that combined demolition derbies and football. Probably because it would put all other sports out of business. Cuphead fooled us into a false sense of security with its cutesy classic Disney art style before teaching us a hard lesson in failure again and again and again.

Indie developers shone in generation 8. Let’s hope that continues into the next-gen because indie developers are the innovators and auteurs in the current game landscape. Free from business control, they have the room to be the artists in the industry, and this is the generation that taught us that.

If you are a fan of indie games or have never tried one, we will start looking at indie games more at The Game Crater in 2021. You can check out our first “Indie Spotlight” recommendation of the short 3D horror experience: Delirious here.