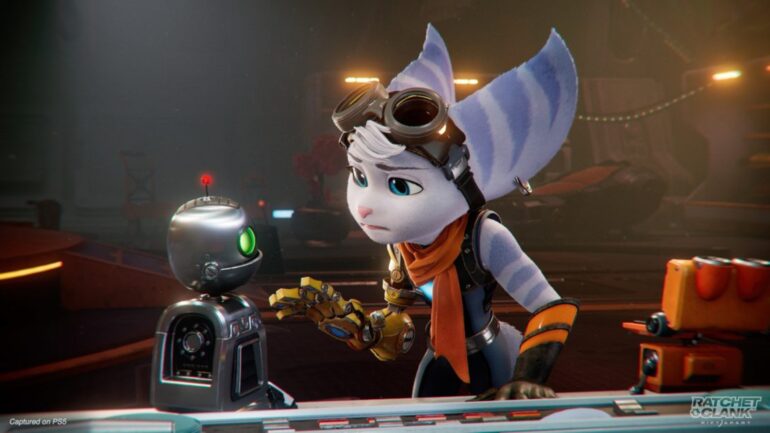 Ratchet & Clank: Rift Apart received a deep dive at today’s State of Play with a slew of new details announced for the upcoming PlayStation 5 exclusive.

Ratchet & Clank: Rift Apart is the upcoming stand-alone title in the Ratchet & Clank universe. While its release date is a little while away, the folks over at Insomniac Games decided to treat players to a sneak peek at what’s to come. Releasing a deep dive into the game’s systems, weapons and worlds, this State of Play sure didn’t shy away from some intriguing details. Read below for everything showcased at the event.

Some of the information revealed during the deep dive players were already privy to. For example, we were shown some more gameplay focusing around the new addition to the Ratchet & Clank cast: Rivet. Much like Ratchet, Rivet must explore various worlds and galaxies with Clank at her side, taking down her version of Dr Nefarious. During Rivet’s gameplay segment, we got to see her riding around a huge open area, as well as tackle Rift Apart’s new Pocket Dimensions (more on those later). If you want to see the glorious visuals and gameplay for yourself, you can check out the trailer above. But for now, here’s a neatly compiled list of features announced during the deep dive:

There was certainly a lot to unpack, but the gameplay shown is something that has to be seen to be believed. The visuals showcased were nothing short of stunning, and the gameplay was the classic hectic fair expected from the Ratchet & Clank franchise. But what did you think? Were you blown away by what was shown off? Let us know down in the comments below.