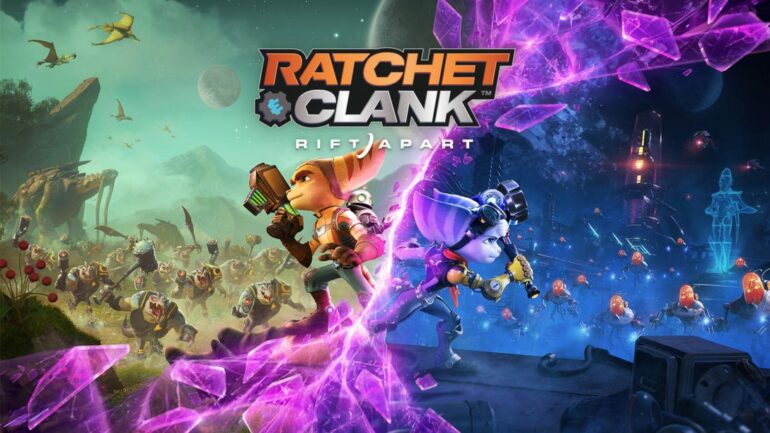 Ratchet & Clank: Rift Apart, the newest game in the Ratchet & Clank franchise by Insomniac Games, finally has a release date and is available for pre-order!

If you’ve been following the development of Ratchet & Clank: Rift Apart for some time now, you’ve probably been wondering when the title would drop! Well, wonder no more as Insomniac Games have finally announced it. If you head on over to the PlayStation store you can pre-order the standard edition of Ratchet & Clank: Rift Apart for £69.99 or the deluxe edition for £79.99.

If you’re wondering what’s in each edition, look no further! The standard edition includes just the base game, which is exciting enough as it is! But if you purchase the deluxe edition you’ll get some sweet sweet goodies to go alongside it! These are:

Pretty exciting stuff! On top of that, so long as you pre-order either the standard or deluxe edition you’ll receive for free:

What is Ratchet & Clank: Rift Apart?

For those of you still left in the dark, here’s the deal. Ratchet & Clank: Rift Apart is the next title in the franchise, but that doesn’t mean you’ll have to play all the others to understand what’s going on! In fact, it’s quite the opposite! This is an entirely standalone adventure, which means those who’ve never played a game in the franchise before will be able to pick-up-and-play this title from the get-go! And for those of you who have enjoyed the other games in the past, there’ll be loads of inside jokes and things for you to look forward to!

Here’s a nice and compact description of Ratchet and Clank: Rift Apart!

“When the evil Dr. Nefarious uses a device that can access alternate dimensions to find a galaxy where he always wins, Ratchet and Clank are separated. As they try to reunite, they will meet a new Lombax resistance fighter, explore new and familiar locales (but with new dimensional twists!), and wield a whole new arsenal of out of this world weapons.”

Ratchet & Clank: Rift Apart launches on PlayStation 5 on the 11th of June, 2021. If you head on over to the PlayStation store you can pre-order it, get a whole bunch of goodies, and count down the days until it arrives! I know I sure will!