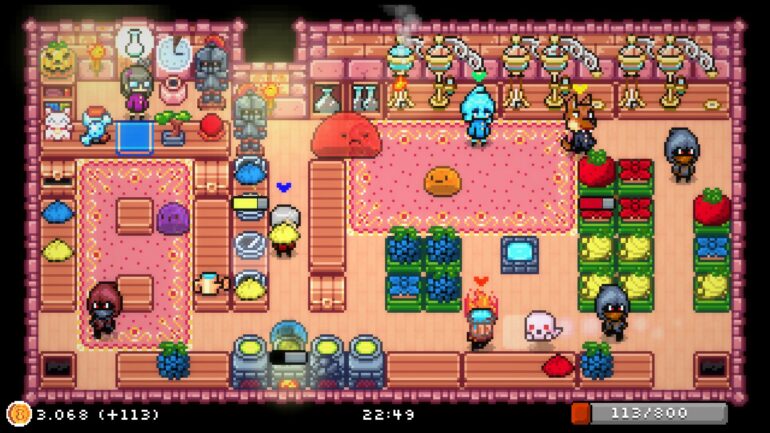 Co-op Game, Potion Party, Is Coming To The Nintendo Switch This April

Developer RPGames and publisher Top Hat Studios, Inc are teaming up to bring their local co-op party game Potion Party to the Nintendo Switch this April.

If you’re a fan of Overcooked, then chances are you’ll be excited for Potion Party, an upcoming party game centred around creating potions for customers. Published by Top Hat Studios, Inc. (who are no stranger to The Game Crater), Potion Party looks set to help bring the Nintendo Switch back to its couch co-op roots. The game is being developed by a solo indie game developer from Germany.

What Is Potion Party?

Potion Party is a party game (no surprises there), where the player and up to three friends get to run an alchemy store. It’ll be the job of the player to manage it efficiently and get orders to demanding customers on time. Players will be able to experience a story mode which will act as a tutorial of sorts, before enjoying hectic competitive modes with their friends or alone. Here’s everything you can expect when it launches later this month:

Potion Party launches for the Nintendo Switch this April 8th. It will cost $9.99/£9.99/€9.99and is currently available over on the Nintendo eShop. Will you and your friends be brewing up some potions later this month? Let us know down in the comments below.