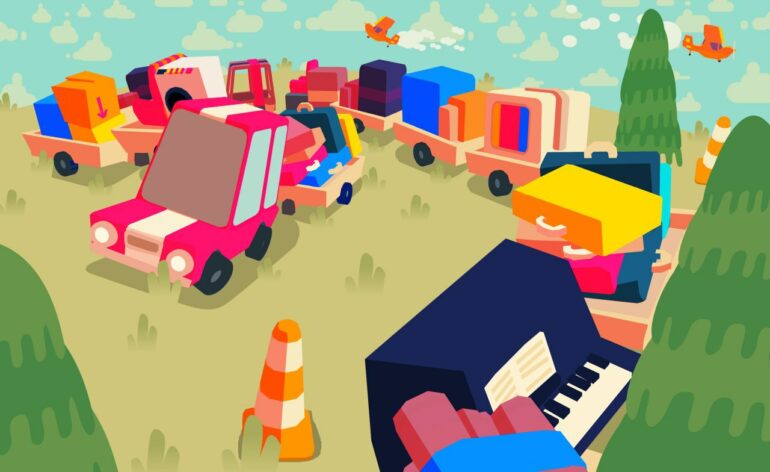 Pako Caravan is the kind of game that makes you feel all warm and fuzzy inside. They’re rare nowadays, with triple-A titles dominating the market, and the melancholy and macabre becoming increasingly popular. But every so often, a game is released that’s made purely for the player to have fun. I’ve missed the goofier titles of yesteryear, longed for the frolicking fun of a fantastic farcical feel-good time. Fortunately, Pako Caravan has swept me off my feet and taken me to a better, happier place. It’s an incredibly fun title and one I find myself going back to time after time.

“Pako Caravan’s levels are varied enough in both style and layout that they never feel repetitive.”

Pako Caravan has a straightforward premise. You control a vehicle and must navigate around compact levels completing various tasks. These include building up a caravan of trailers behind you while avoiding crashing into them à la the classic game Snake. Perhaps you fancy obliterating every traffic cone spread across the level? Maybe your thing is hopping a hundred trailers over a tiny fence? Or perhaps you just love scaring birds out of existence and uncovering cleverly hidden objects? By completing any of these, you’ll obtain a star, and should you gather enough of them, you’ll unlock the next stage.

Each level is visually distinct from one another, and the layout will be entirely different. Figuring out where all of the cones are, how to navigate around tight turns, and what to avoid crashing into will take up a good portion of time when you enter a new level. Once you’ve got the lay of the land, though, you’re pretty much back to completing the same tasks as before. Some maps will vary the tasks, such as an airport themed one in which you had to collect radios to have planes take off. But ultimately, you’ll be performing the same handful of objectives no matter the level.

Surprisingly, this isn’t a problem. Pako Caravan’s levels are varied enough in both style and layout that they never feel repetitive. I never felt that just because the task at hand was always the same, the base gameplay behind it wasn’t fun. Racing around each level, drifting around tight corners and avoiding obstacles is, in of itself, incredibly enjoyable. And as each objective is relatively difficult to achieve on your first few attempts, I found myself engrossed by each and every level.

To complement this, the visuals and soundtrack are outstanding. Visually, Pako Caravan reminded me of a Sokpop Collective game. They’re simplistic but incredibly charming as a result. Each level has its own unique theme, with the trailers added to your caravan matching it. For example, one level is centred around a theme park, and as such, your trailers are modelled after the carriages of a Ferris wheel. It’s nice little touches that make an otherwise aesthetically pleasing video game that much more endearing.

Unfortunately, while I really enjoy Pako Caravan‘s upbeat electronic soundtrack, it suffers from a significantly irritating flaw. Each level has its own unique track, one that will often fit with its visual theme. It will play from the moment your vehicle barrels towards its imminent demise, but as soon as you crash (which will be often), it ends. The song will then replay when you restart the level.

The problem with how this is implemented lies in the fact that a traditional run of Pako Caravan lasted me no longer than thirty or so seconds. At times I’d only play for upwards of ten seconds before I crashed. This is what makes Pako Caravan fun and what lends itself nicely towards being a pick-up-and-play game. However, it also means that you’ll hear the opening segment of the song over and over again. Suffice to say, it often became incredibly irritating. It is a genuinely great soundtrack, one that reminded me of shows like Steven Universe. It was just a shame I never got to hear a song the whole way through.

For the most part, Pako Caravan is otherwise devoid of flaws. However, I enjoyed some mechanics that I can imagine being an issue for other players. For example, to unlock later levels, you must collect stars. These can only be gained by completing the requisite tasks in each level. Initially, I found myself burning through levels, as the earlier ones require only a few stars to access them. However, later levels require a far more significant amount of stars, and as such, I found it increasingly difficult to unlock them. The is due, in part, to the game’s brutal difficulty, which ensures that very few runs actually garnered me any stars.

Completing tasks is incredibly fun, just as crashing an excessive amount of times is. The fact that later levels require a more significant number of stars to unlock never felt like an issue. It just meant I had to grind a little more on earlier levels. However, I can appreciate how, for some players, this would be ultimately frustrating. It may feel like a hopeless fool’s errand to gain the necessary stars to progress. Fortunately, it isn’t something that bothered me. I felt that it added more replay value to the title, but I can see how it would bother other players.

*Disclaimer: Reviewed on Switch, code was provided by the developer. 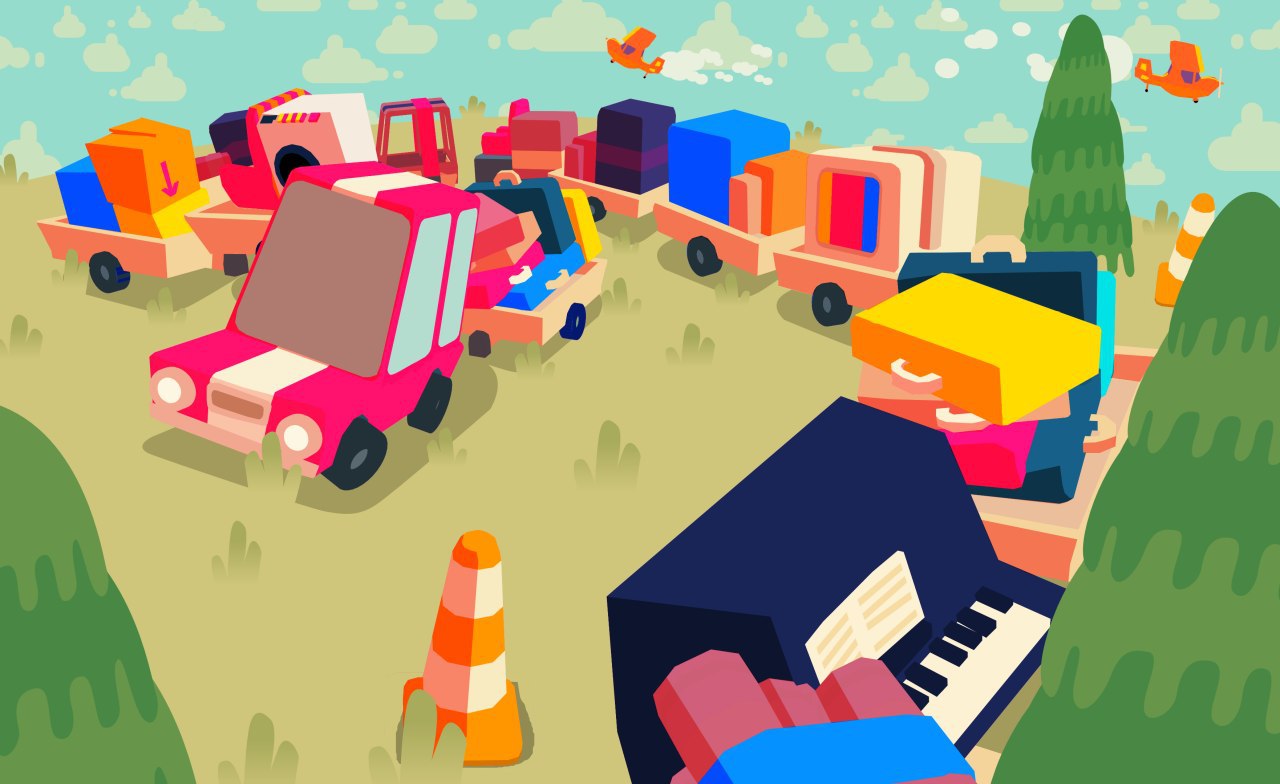 Pako Caravan Review
Summary
Pako Caravan is an extremely fun and addictive arcade-style game with a lot of replayability. While some levels can be brutally difficult, it was rarely detrimental to my overall experience. The music and visuals complement an incredibly enthralling title that is well worth your time and money!
Pros
Gorgeous Visuals & Soundtrack
Incredibly Addictive Gameplay
Very Unique
Cons
Brutally Difficult At Times
Music Can Grate
8