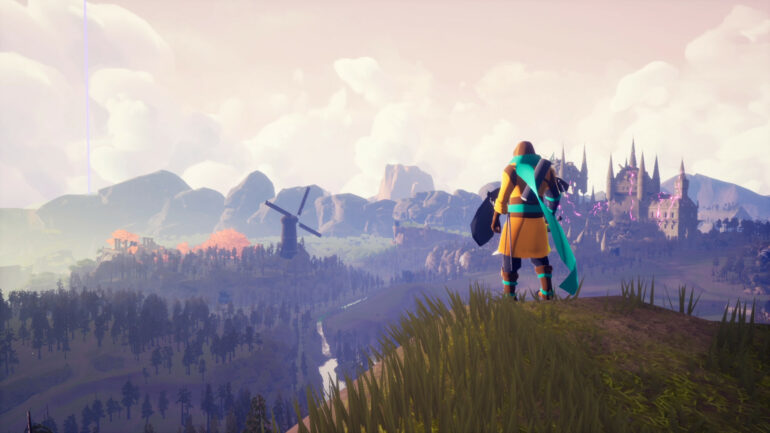 Open-World RPG Holomento Is Looking For Your Support On Kickstarter

The open-world action-RPG Holomento is looking for your support right now over on its brand-new Kickstarter campaign and is asking for $30,000.

Holomento is a project by solo developer Sean Weech and seeks to add a new and innovative title to the rogue-lite genre. The Kickstarter project only started a few days ago but has already managed to rack up a significant amount of money. Asking for only $30,000/£21,516, Holomento has so far garnered £4,648 across 126 backers with 29 days left to go. It certainly looks like an intriguing project, and it would appear that the Kickstarter campaign is to ensure it gets to its most polished state.

“The funding crowdsourced through Kickstarter will allow us to make Holomento something truly special. The game so far has been entirely self-funded and has finally arrived at a state where we will need the help of outside contributors and freelancers to give the project the polish it needs!”

Holomento is an open-world action-RPG with rogue-lite elements. Although, unlike most rogue-lites that feature procedurally-generated worlds, Holomento’s world is entirely handcrafted. Players will be able to influence its restoration by rebuilding towns and villages and unlocking various shortcuts across the land. There will be huge bosses to fight, dungeons to explore and challenges to beat! It certainly looks like an intriguing title, inspired by the greats such as Zelda, and I’m personally looking forward to its release. So, here’s everything that you can expect from Holomento:

Holomento’s Kickstarter campaign is up and running now, so you can pledge up until April 16th. If you want to pledge, then you can currently get in on the early-bird deal which is priced at $15/£11 and will net you the game and your name in the credits. After this, it will cost you $20/£15 if you want to receive the game with your pledge. If you are feeling particularly generous then you can pledge $3,000/£2,160, and you’ll get the opportunity to design a boss. Head on over to its Kickstarter page to pledge, or its Steam store page to wishlist the game! Does this project look interesting to you? Will you be pledging to its Kickstarter campaign? Let us know in the comments below!