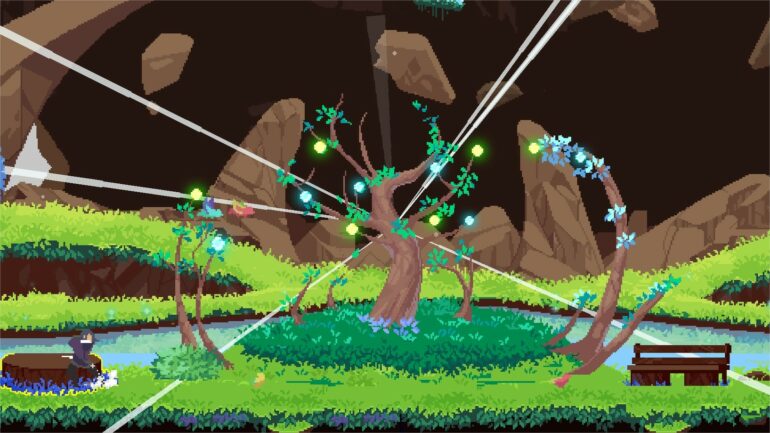 Developer Hibernian Workshop has announced an upcoming Kickstarter campaign for their 2D rogue-lite platformer Astral Ascent, as well as a free demo to launch alongside it.

Launching on March 29th, Astral Ascent’s Kickstarter campaign will bring with it a flurry of news, updates and of course, a free demo. The demo is set to allow players a glimpse of the fast-paced, fluid platformer and experience some of the gameplay on offer. This isn’t Hibernian Workshop’s first rodeo. They successfully completed a Kickstarter campaign a few years back with Dark Devotion. It went on to receive critical acclaim and 78% positive reviews on Steam. If their track record is anything to go by then Astral Ascent will be an unquestionable success.

What Is Astral Ascent?

Astral Ascent is a gorgeous 2D platformer with rogue-lite elements. The player must explore a lavishly detailed fantasy world in the hopes of taking down the mysterious Zodiacs! Astral Ascent features a deep and rich narrative set across multiple worlds all of which are brimming with character and charm. You’ll be able to use a whole slew of modifiable spells to approach combat in an infinite number of ways. There’s all that and more to look forward to when Astral Ascent launches. Here’s a nicely compiled list of everything you can expect:

Astral Ascent’s Kickstarter campaign starts on March 29th and a free demo can be expected “in the coming weeks”. If you head on over to its Steam store page you can wishlist the game to be notified of any updates, or head on over to the Kickstarter page so you can select to be notified when it officially launches. Are you excited for Astral Ascent? Let us know down in the comments below!