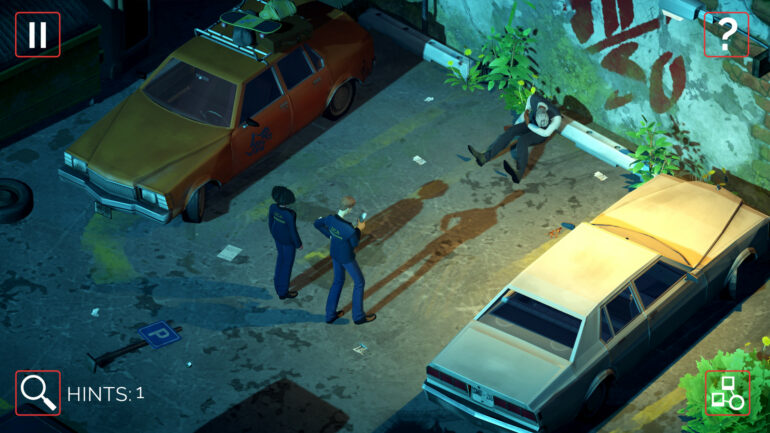 Murder Mystery Machine, a chilling mystery title developed by studio Blazing Griffin and now published by Microids, will be launching on Steam, Xbox One, PlayStation 4 and the Nintendo Switch soon.

Get ready sleuths, the hunt is on! Join the D.C.A (District Crime Agency) with rookie Cassandra Clark and hardened inspector Nate Houston on a rollercoaster of a case that will take you where you least expect! Murder Mystery Machine is a craftily created murder-mystery game all about a case so twisted even your knickers will blush. It’s been out on Apple Arcade for some time now, but will be skulking over to console in its long trenchcoat and deerstalker very soon!

What Is Murder Mystery Machine?

Murder Mystery Machine starts with an all too simple case: the death of politician Frank Daniels. It was just a burglary gone wrong. Right? Well, that’s up to the player to find out in a sprawling murder-mystery game set over multiple crime scenes. You’ll have to collect clues and interrogate a cast of colourful characters to solve intricately interconnected cases. Here’s everything you can expect when Murder Mystery Machine comes to console soon:

There’s no sign of the port’s release date, but Murder Mystery Machine is currently available over on Apple Arcade. You can play it via the subscription service for just $4.99/£4.99/AU$7.99 a month. If you head on over to Murder Mystery Machine’s Steam store page, you can wishlist it to get notified whenever an update drops. Will you be picking this one up? Does it intrigue you? Let us know down in the comments below!