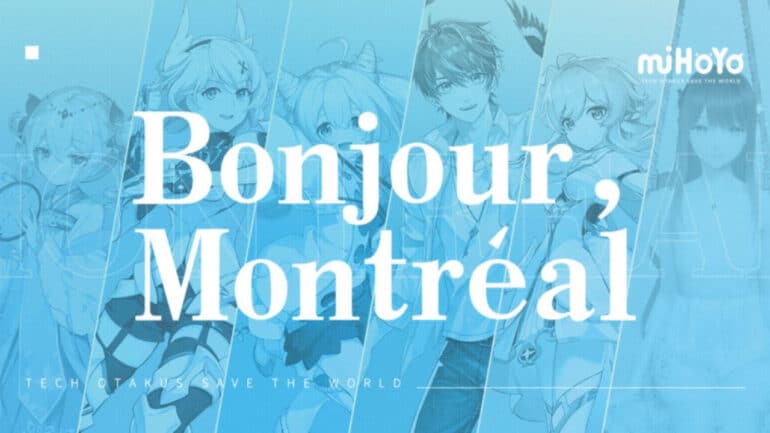 Chinese video game developer, miHoYo, has announced that it will expand operations in North America by opening a Montreal studio.

Over the next two years, over 100 new jobs are expected to be created from this project. This will be miHoYo’s first studio for video game development on the continent. The company does have a branch in Los Angeles, albeit only a satellite administrative office.

For years, Montreal and Quebec City have been video game hubs. This is not by chance. As the Quebec province’s economy struggled in the 90s, the Minister of Finance, Bernard Landry, introduced a tax credit for video game developers. This tax credit allowed developers to deduct up to 37.5% of wages paid from their taxes. Now, the billion dollar industry also employs over 10000 local workers in the sector today.

Montreal’s reputation precedes it as the fifth most important video game hub after Tokyo, London, San Francisco and Austin, Texas. CEO of Montreal International, Stéphane Paquet, told La Presse that he “considers [Montreal] to be in the global top 5 [for video game developers]. When we receive a phone call, we literally hold their hand. When these are your first steps in North America, you need someone to explain everything that you will need to settle here.”

Everything You Need to Know About The Genshin Impact 2.2 Update

The flourishing video game industry also cultivated a rich environment for those wishing to work in it. Established universities started teaching specialised courses for animation and game design and entire institutions even materialised to focus on video games and adjacent industries. Montreal offers not only a lucrative business opportunity for video game companies, but also a large pool of skilled local recruits. This is exactly why miHoYo co-founder, Forrest Liu, considers Montreal “a city where one finds a rich community of video game developers as well as universities renowned across the world.”

miHoYo already has six games under its belt. While most of its games failed to garner much attention beyond the Chinese market, Genshin Impact’s critical success put the developer on the map.

Nevertheless, with only 18 studios, it remains a small player in the Chinese ecosystem. The new Montreal studio will be miHoYo’s 19th overall and will work on a completely new IP. According to the press release issued to Montréal International, the new game will be “a shooting game in a living paranormal universe” and will be available on “console, PC and mobile.”

If you wish to work for miHoYo, you can apply here.